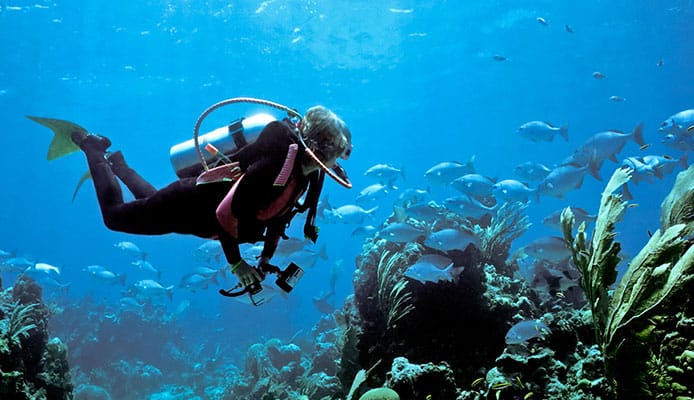 While you may have a knack for natural scuba diving, the activity has its own technical aspect. Among the crucial skills that you need to learn is the diving tables. The 2-sided table is generally daunting to most scuba diving beginners. However, understanding it boosts both your scuba diving safety and experience.

Why is the Residual Nitrogen Time Important?

Residual nitrogen time becomes crucial if you intend to dive more than once. It helps track your nitrogen absorption over a series of dives.

Surprisingly, you only need the backside of the scuba diving table and some relatively simple calculations to figure out nitrogen absorption for multiple dives. To get everything right, however, you must understand the idea behind the involved calculations.

What Does Nitrogen Absorption Mean for Scuba Divers?

For you to get a better idea of what the residual time is, you must understand underwater nitrogen absorption. When underwater, the diver’s tissues will absorb nitrogen from both the breathing gas and the environment.

Nitrogen absorption is directly proportional to the diving depth. This simply means that the rate at which the body absorbs nitrogen increases as the diving depth increases. Hence, if a scuba diver dives deeper, he/she will approach his/her no-decompression limit more quickly.

Does the Diver’s Body Have Nitrogen Even After Surfacing?

As you ascend, your body will start releasing the nitrogen your tissues had absorbed during your dive. The absorbed nitrogen does not just leave the body at once. Nitrogen release is generally a slow process. It happens gradually.

Measuring Nitrogen in the Diver’s Body

If you are a night scuba diving beginner, this may be confusing to you. It makes much more sense when you consider the fact that time is necessary for nitrogen absorption to occur.

To give you an example, let’s assume that it will take approximately 10 minutes for your body to absorb a certain amount of nitrogen. This nitrogen amount will be referred to as “10 minutes of nitrogen”.

Since nitrogen absorption is largely dependent on dive depth, keeping track of depth when diving is crucial. With the best scuba gauge, measuring dive depth should be easy. 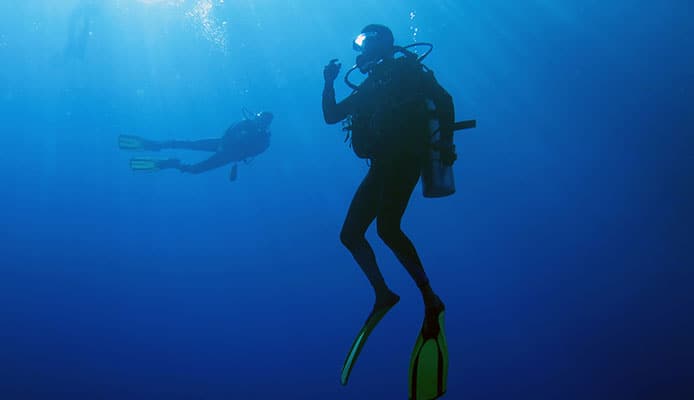 When diving for the second or third time on the same day, your body will still have left-over nitrogen. The residual time has to account for the residual nitrogen.

When diving for a second, third, or fourth time, using both depth and time to calculate a nitrogen absorption is no longer an option. Basically, this is because you already have some residual nitrogen in your system. Adding the actual diving time to the residual time will, however, give the actual “minutes of nitrogen” in your system.

On the general dive tables, you should find the diver’s pressure group after the diver’s depth and surface interval. To calculate your nitrogen absorption for a series of dives, you need to do the following: