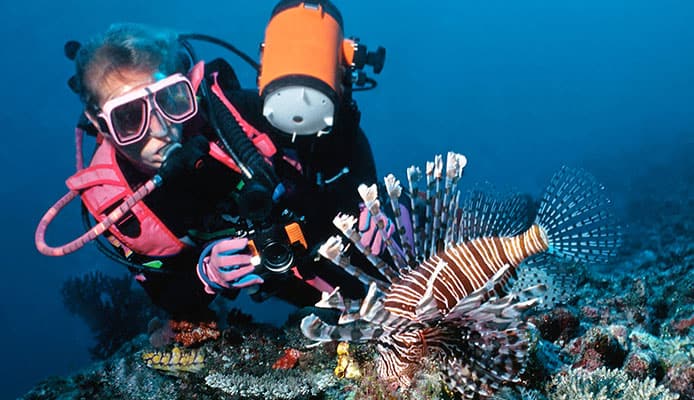 In this article, we’ll go through the ways to identify fire coral, what to do in the case of fire coral stings, and how to treat the fire coral burn.

Swimming in the open waters is fun, scuba diving or any other form of diving in the open waters is thrilling and the memories you’ll create this way are those that will last a lifetime. But, there are some sea creatures you’d wish to skip the meeting because it could end up being quite painful and unpleasant, among other scuba diving dangers and risks.

One of those sea creatures is a so-called fire coral.

What Is A Fire Coral?

This sea creature is also called Millepora dichotoma, or simply Millepora, is not a soft coral, nor a hard coral, actually it is not a coral but a member of a hydrocoral family. It is a marine organism similar to jellyfish and anemones that forms colonies.

Most often spread in tropical and subtropical waters, it disguises into a regular coral, but there are ways to learn how to identify and avoid it. The reason why you should learn it is the stings it can inflict when touched.

How To Identify Fire Coral?

The simplest way to identify the fire coral is by its color which resembles fire with a mix of brown and orange or brown and green. Most often the tips are white. Be careful, it may easily fool you to think it’s a seaweed because the fire coral can take various shapes and forms – like a blade, box, encrusting form, or a form similar to a branch. They are also fixed to something and cannot move. So, if you see anything that looks similar to a fire, treat it the same way you’d treat the fire – don’t come near it.

In case you do come near it, you’d probably spot the stingers. They look like hair, and they stick out of the fire coral. Also, they are transparent so it is basically impossible to spot them from a distance. This also means that you won’t have to come nearer than a few millimeters for it to sting you.

How To Avoid Fire Coral Stings

This is quite simple – to avoid getting stung by a fire coral don’t come near it. But there is a catch – most reefs around the world have fire coral, even those that look clean at first. That is why it is recommended to give it a thorough inspection before you decide it is safe.

Also, the other way is to wear a wetsuit. It will protect your skin and prevent the fire coral stings from reaching it, so even if you end up brushing it, you’d most likely end up without any problem.

How To Identify A Fire Coral Sting?

Accidents happen, and sometimes, no matter how careful, you’ll end up feeling some unexpected and strong pain. Don’t worry; though unpleasant and quite painful, it shouldn’t cause any bigger problems. The level of toxicity in their stings is minimal.

So, what are the symptoms and how to identify a fire coral sting?

First, somewhere between five and 30 minutes after the contact, there will be a burning sensation or/with stinging local pain. Soon after that, a red rash with raised wheals or vesicles fills follow, along with the itching sensation.

And that should be it. In more serious situations, lymph gland swelling could happen, and in the case of a stronger allergic reaction, there could be nausea and vomiting, but those cases are a rarity.

Before you start any treatment, it is recommended to visit a doctor familiar with the sea life, to confirm it is indeed a fire coral sting. Don’t forget, it doesn’t show instantly, and you may have rubbed against the fire coral without even spotting it, so it may be a bit hard to identify at first.

How To Treat Fire Coral Burn? 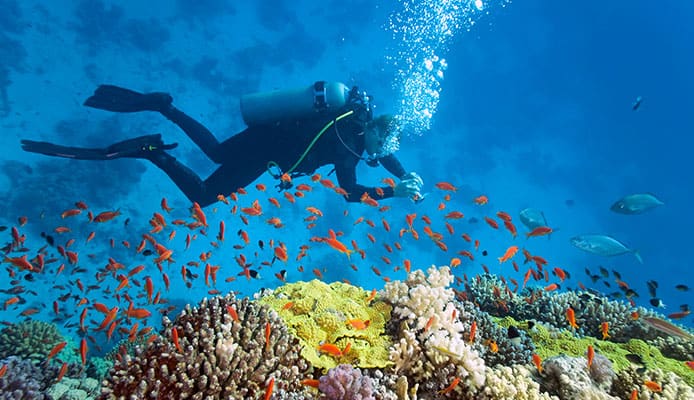 Besides visiting a doctor, there are some other things you could do to help ease the pain. This method is used worldwide and it is regarded as one of the best for this type of injury:

It shouldn’t last longer than a few days. If the itching doesn’t pass or the pain level doesn’t decrease during the time, don’t wait, visit a doctor as soon as possible.