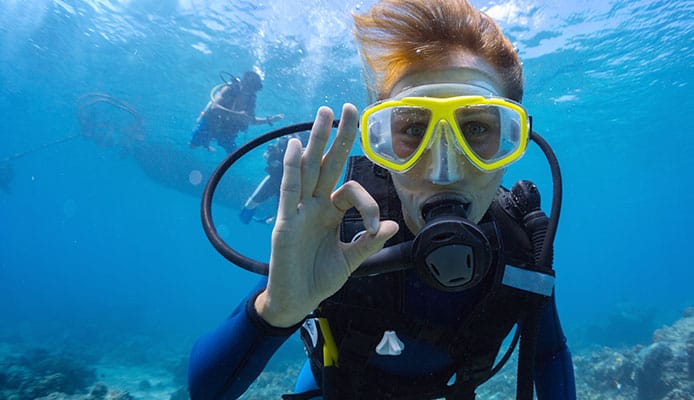 Nitrogen narcosis, which is often referred to as the martini effect by divers in the US, is a condition that affects people who enjoy deep dives. Simply defined, nitrogen narcosis is the intoxicating effect that results from breathing nitrogen from the scuba tank under pressure.

In this article, we will be answering all questions related to the martini effect. We will be showing you how to reduce the effects caused by nitrogen narcosis.

Why is Nitrogen Narcosis Referred to as the Martini Effect?

Nitrogen narcosis often has the same effects as alcohol. Divers compare the condition to drinking a single dry martini on an empty stomach for every 33 feet (10 meters) a diver descends after the first initial 66 feet (20 meters). This is the main reason why most divers will often refer to nitrogen narcosis as the martini effect.

To most scuba divers, this name is cute. Also, the experience of the martini effect may be pleasant. However, it is crucial to understand that nitrogen narcosis is one of the dangers and risks of scuba diving.

Does the Martini Effect Start at 100 Feet for Everyone?

Research has proven that scuba divers will at least have partial nitrogen narcosis at 33 meters (100 feet) and below. Even if the scuba diver doesn’t feel the narcosis effects, he/she may experience judgment impairment.

Symptoms of the Martini Effect

The martini effect, which often results from the high nitrogen partial pressure experienced by scuba divers on deep dives, has the following symptoms:

After putting on your best-wet suit and deciding to go on a deep dive, there are 3 top nitrogen narcosis effects that you should be concerned about. These effects include:

Often, most scuba divers who are experiencing the martini effect will become hyper-focused on a single thing. For example, if you were exploring a wreck, you may focus on staring at a single spot.

This often happens to scuba divers who intend to complete a specific task during the dive. For example, if you had carried your best diving camera, you may not recall what you wanted to do with it.

In some instances, scuba divers may start diving deeper than they had originally planned. The diver will simply keep swimming deeper and deeper without checking his pressure gauge, looking around, or checking the depth.

Scuba diving, while you are experiencing nitrogen narcosis, can be compared to driving your car after drinking alcohol. You may think that you are actually doing great. However, in reality, you won’t be doing good at all. 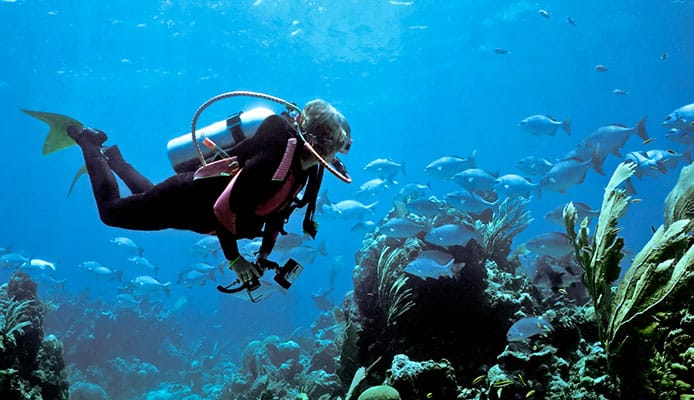 While the martini effect is yet to be understood completely, several factors are thought to increase its risk. These factors include:

How to Avoid the Nitrogen Narcosis Effects

While it may be impossible to avoid the martini effect completely, there are various tips you can use to at least manage the effects. We have outlined the tips below:

Be Sober and Rested

Before your deep dive, you should ensure that you are completely rested. Also, you should avoid taking sedatives or alcohol before diving.

Being fatigued can make you more susceptible to the martini effect. Also, being intoxicated on either alcohol or drugs can amplify the nitrogen narcosis effects.

Stick to Your Dive Plan

Before putting on your best scuba mask and starting the descent, make sure that you have planned your dive. Also, once you are underwater, avoid deviating from your plan. While the martini effect can affect your judgment, you should do everything you can to dive into your plan.

Before getting started with scuba diving, it is always a good idea to take a diving course. Make sure you take your course from someone who can be referred to as a qualified instructor.

The main things you need to watch out for which may suggest that the martini effect is a concern include not paying attention to the safety procedures and poor coordination. If you notice your friend making erratic, fast movements, not paying attention to his/her air or depth gauges, or simply giving you a blank stare when you ask whether he/she is okay, there is a chance that your buddy is narced.

The best way to reverse the narcosis effect is to ascend. Generally, an ascent of approximately 20 feet or even 10 feet can help reduce the nitrogen narcosis symptoms.

Unlike its cute name, the martini effect is a dangerous condition. If not take seriously, the condition can be fatal. For this reason, you must take all precautions when underwater to avoid nitrogen narcosis.

Diving with a friend can go a long way in ensuring that narcosis does not become fatal. A friend can help you ascend when your brain is failing you due to the intoxication caused by the martini effect.