Fins are some of the most important parts of a paddleboard. They allow it to track straighter and remain stable while on the water. Without the fins, your paddle will typically be wandering all over the place.

Where your fins are placed can have a great impact on how stable your paddleboard will be and how well it will float on the water. That is why your fin configuration is something worth considering before you head out for a SUP paddleboard spin. Here is a quick paddleboard fin replacement and buying guide that will help you choose your fins wisely and install them the right way.

What You Will Need

How To Install A Paddle Board Fin

Place the screw plate on the fin box and slide it in. The fin box usually has a wider area or notch where you can insert the plate.

Using the screwdriver, slide the screw plate until it gets to the end of the fin box. The plate should be positioned such that it aligns with the hole on the fin.

Start rotating the screw. You will feel it grip the plate as it starts tightening and holding the fin into place. Continue turning until the fin is firmly attached to the plate.

That’s it! You’ve just installed your paddleboard fin. Just remember to double-check it to be certain that it can’t come out or slide back and forth.

There are various sets of ups for SUP fin replacement. The most common ones include:

Single fin: Where one fin is placed in the middle of the tail of the paddleboard.

2+1: Features one main fin at the middle of the tail and two smaller ones on each side of the middle fin.

4+1: Features the main middle fin and four side fins.

Most yoga paddleboards and boards designed for flatwater paddling usually come with a single fin, but even then, they still perform excellently in strong water currents.

Where To Position Your Fin 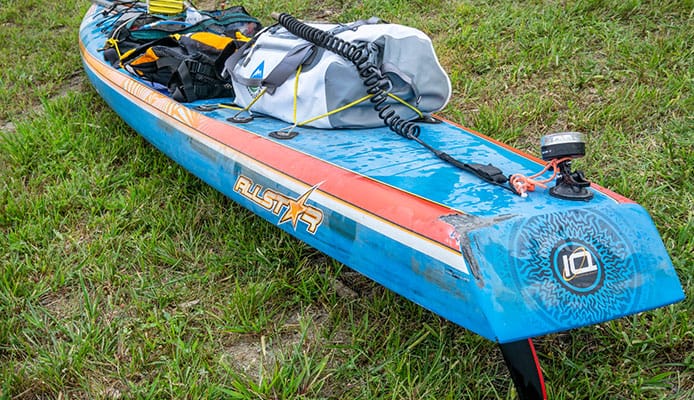 Different setups for paddleboard fin replacement will give you different performances on the water. For instance:

Fin Placed Toward The Nose

If you position your fin forward in the fin box, the board will feel more maneuverable and easier to turn. However, the board may not move in a straight line, and to some extent, you may feel like you are moving a bit slower. Therefore, this fin positioning is recommended for when paddleboarding in crowded or smaller waters or when using your paddleboard as a surfboard.

Fin Positioned Toward The Tail

Attaching your fin closer to the tail will get your board more stable and increase its speed and tracking. The only downside is that the board will be much harder to maneuver. This set up will be best when paddleboarding for longer distances and want to increase the speed and tracking of your board.

Fin Installed At The Center Of The Fin Box

If you want to transform your board into an all-round paddleboard, then you may need to try this fin placement. It will offer you the speed, stability, and control you need for your paddling. With the fin placed at the center of the fin box, your board will actually give you an amazing recreational, surfing, or even racing/touring paddleboard performance.

How To Choose A Paddle Board Fin

Paddleboard fins come in different shapes, sizes, and styles. Choosing the perfect fit for your board will highly depend on how you intend to use your paddleboard and the conditions in which you will be paddleboarding.

If you are looking for something that will help you turn quickly on choppy waters or when surfing, then go for a lightweight fin and install it toward the nose of your board. Similarly, if you will be paddling in areas with lots of seaweed, fins with sharper edges will be your best bet. These will cut through the weeds so your SUP paddle and the board itself don’t get stuck when you glide through the water.

How about racing? If you will be using your paddleboard for a water sports competition, you want a fin that can increase tracking and speed. A longer middle fin will keep your board moving straight and a wider fin will keep it stable when making turns.

Some fins are more rigid than others. While stiffer fins will help you gain speed in downwind tracks, they can be a problem in shallow waters, as they won’t be too forgiving if you hit an obstacle. If downwind performance isn’t that much of an issue for you, it would be best to go for a flexible fit.

Where you place your paddleboard fins can either make or ruin your adventure. We hope that the above guide on SUP fin replacement will help you install your fins the right way and in the correct set up to get the most out of your paddleboarding trips. 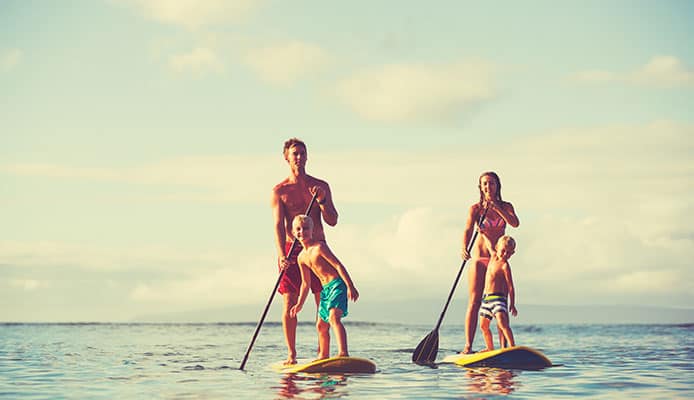 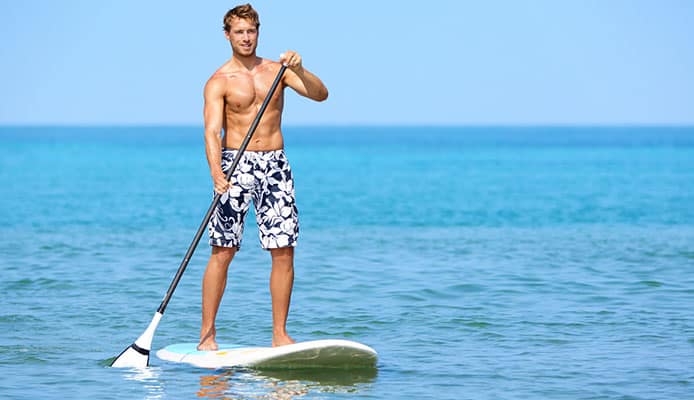 20 Best Gifts For Paddleboarders In 2022 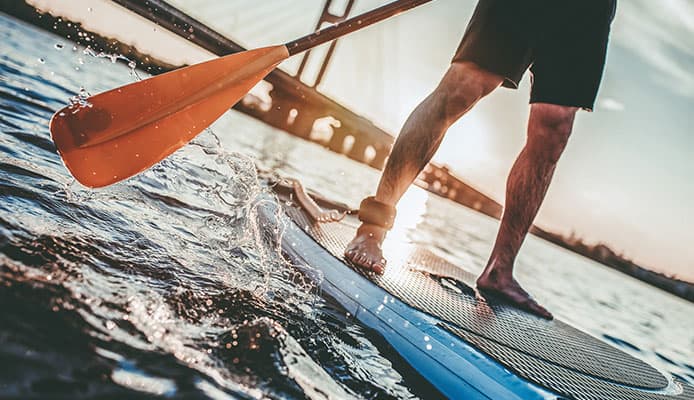