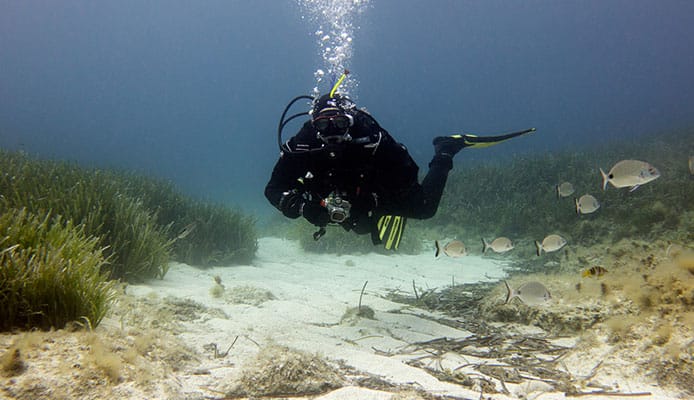 Many people think that diving and going underwater means getting wet. However, this isn’t always the case especially when you’re wearing a diving drysuit. Drysuits are specialized diving gear, and as the name suggests, will keep you completely dry while you go exploring under the water. But what is a drysuit exactly and how does it keep you dry even when you’re surrounded by water from all sides?

What Is a Drysuit

Drysuits are those types of exposure suits that are designed to keep the wearer completely dry when he or she is submerged in the water, which is far different from a wetsuit which will keep you warm but wet. Along that line, it should be noted that a drysuit in itself will not keep you warm. It has some insulating properties, yes, but not enough to keep you warm while you dive deep into the cold water. That said, you’ll need to wear some undergarments underneath the drysuit to insulate yourself.

So how does a drysuit work? Compared to a dive computer, the mechanics behind a drysuit is much easier to comprehend. Aside from completely waterproof fabrics, drysuits help keep the water out with the use of watertight zippers and seals at the neck and wrists. They are also loosely fitting compared to wetsuits, which then makes them easier to don on and off. All in all, drysuits are the better choice since they allow the diver to make more and longer dives, especially in cold environments.

Features of a Drysuit

Drysuits come with a variety of features that you won’t find in a wetsuit, and these features basically explain how does a drysuit work and what makes it different from other types of exposure suits.

Drysuits have some form of foot protection that is attached to the lower end of the suit. Some drysuits have neoprene socks on them, while others have a pair of lightweight dive boots. The choice of which between the two you should use will largely depend on the terrain of the diving spot.

As mentioned earlier, drysuits have seals on the neck and the wrists. These seals are made from different materials like latex, silicone, or neoprene, each of which has its own pros and cons. For instance, neoprene is considered to be the most durable of the group, though it stretches over time which may cause it to lose its elasticity. Also, because of their thickness, some divers often find it difficult to slip in and out of neoprene seals. On the other hand, latex and silicone seals have better flexibility than neoprene seals, but with that comes a higher percentage of them getting ripped or torn. Then again, they are typically easier to replace when they do get damaged.

Generally, watertight zippers on drysuits are usually fitted across the back of the shoulders. However, some drysuits have their zippers fitted diagonally across the front. Others may have their zippers along the sides or straight down the middle of the front or back of the drysuit. In any case, the zippers must be completely watertight to prevent the water from seeping through the teeth.

Drysuits come with inflation and deflation valves. This because as air forms the key layer of protection between the two shells, you’ll need the valves to release air that balloons out the suit. Some modern drysuits also have valves that allow you to add air as you descend or release it as you come up. Because of these, most divers no longer use a scuba buoyancy compensator (BCD). 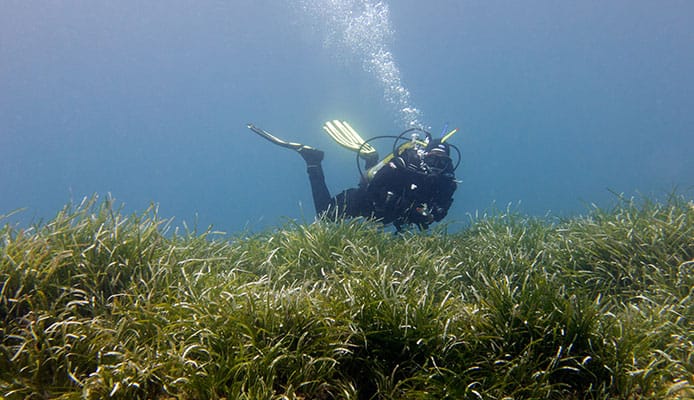 There are various types of drysuits in the market nowadays, from diving drysuits to paddling drysuits and others. However, drysuits are generally classified according to the material that they’re made from, in this case, neoprene drysuits and membrane or drysuits.

A membrane drysuit also called a trilaminate drysuit, is made of thin layers of membranes that are laminated together. The materials used for the membranes differ from one brand to another, but their purpose remains the same in general which is to keep the wearer dry. As mentioned earlier, drysuits are not specifically designed to keep the wearer warm, and this is especially true in the case of membrane drysuits since they offer little insulation.

One of the advantages of a membrane drysuit is that it is easy to dry since the fabric doesn’t absorb water. It is also easier to keep clean. A disadvantage would be that it is more expensive especially when compared to a wetsuit. Nonetheless, high-quality drysuits can last for many years provided it is properly maintained. It also offers you the chance to move from different diving environments, like from temperate waters to ice-cold waters, by simply modifying your undergarments.

Neoprene drysuits are made from the same materials that wetsuits are made from. However, they are essentially thicker and are thus more resistant to water than wetsuits. The neoprene used for this type of drysuits is crushed or compressed to make the suit thinner, waterproof, and reduces buoyancy changes as the diver descends and ascends.

So what is a drysuit? Well, aside from being an essential piece of diving gear, a drysuit also increases the number of dive sites you can visit and the diversity of diving adventures that you can experience. They aren’t the best choice for all types of diving (diving wetsuits are more appropriate for certain conditions), but they can be a great investment if you are planning to make deeper dives and head to colder dive spots in the future. With a diving drysuit, you no longer have to worry about getting wet and feeling cold on any underwater adventure.