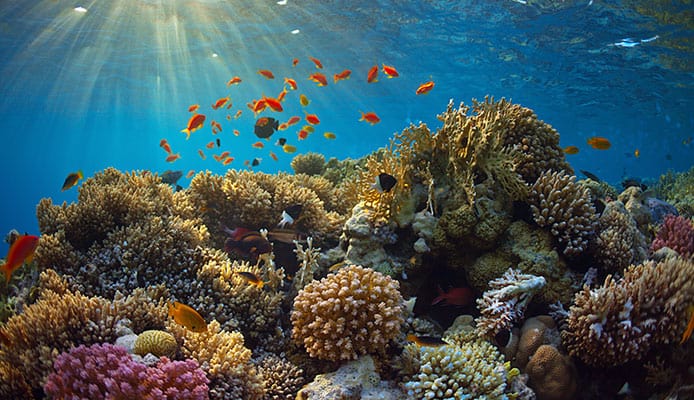 So, you’ve been diving and suddenly you feel a sharp pain. You look around you and you just can’t seem to find any jellyfish. But what just happened?

Okay, Okay! Look around through your scuba mask once again, if you happened to touch bare rocks and coral, then my dear friend that is exactly it!

What most divers seem to forget is that certain species of sea ferns and other marine life have made the rocks their home. And this being the wild underwater environment that it is, they have come up with their own defenses. They are called stinging hydroids and are found all across the world’s waters.

This is how to perform sting treatment and prevention of stinging hydroids.

What’s even more interesting is that stinging hydroids are related to other forms of aquatic stingers. As their name suggests they are actually classified as hydrozoa which also includes fire coal and the Portuguese man of war.

While some in this classification live alone, others live in colonies. It’s such great fun taking images of these using the diving camera as they come in all manner of shapes and colors.

How to identify stinging hydroids

Locals in an area will use a generic term to refer to many types of hydroid colonies—stinging hydroid. Other names may include bush hydroid, branching hydroid, feather hydroid, and white ball hydroid.

However, their main characteristic is that they appear like feathers or ferns. You will find the colonies appearing like structures that branch out, some look like bushes while others are standing alone. They will also feature many different types of colors and can hold on to different structures such as kelp, rocks, and wrecks.

Also, they can be found in sub-tropical, tropical as well as temperate waters. If you plan on diving in cold waters check out beginners’ guide to ice diving.

It is very easy to confuse stinging hydroids with crinoids. They appear very similar but a close examination will actually show that hydroids have polyps but there are no polyps in the crinoids.

Crinoids also don’t seem any branch out like hydroids and they also have thicker quills.

The stinging hydroids have needle-like structures with barbs on them called nematocysts. As they sting, they also inject a toxin inside the prey. However, keep in mind that these could also be used for defense.

These stinging barbs are contained in special cells called cnidocytes. They are highly sensitive and will launch the nematocysts at the slightest and gentlest touch. In fact, it happens so fast that very few situations in nature can compete with this.

If you don’t believe this fact consider this, the nematocysts can be launched within 3 milliseconds after being touched! This is why it’s important to wear dive gloves.

Treatment and prevention of stinging hydroids 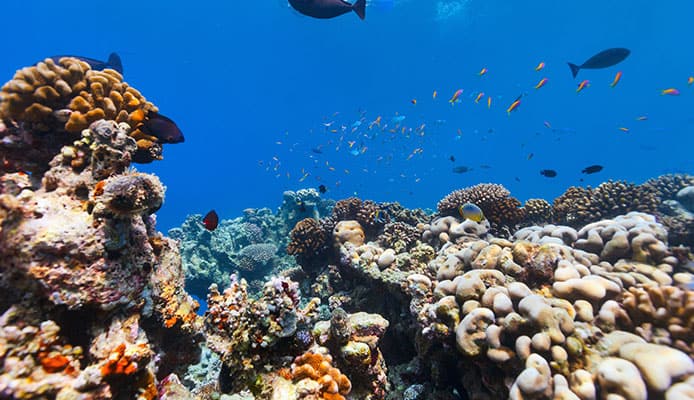 While the different species of stinging hydroids may have different types of toxins that they use to inject into their prey or when defending themselves, the method used for identification and sting treatment is the same.

One of the most common effects of getting stung by stinging hydroids is that they cause blisters that appear similar to contact dermatitis that you get from poison oak. You are also going to get a burning sensation which could vary in severity from diver to diver.

While some stings may be felt immediately upon contact, other stings may be felt after a delayed duration which could be up to 24 hours. Divers may have sting cells attached to their skin and once out of the water, they fire. It may take up to 10 days for injuries to heal.

They appear to be more prevalent from coral scrapes or fire coral stings than from the stinging hydroids. That said, you must get checked by a medical practitioner for any form of infection.

In the majority of cases, stinging hydroids are not very dangerous. However, as a diver, if you experienced any form of an allergic reaction such as increased heart rate or breathing issues, then you should seek the attention of a doctor.

Keep in mind that when diving in cold waters, a dry suit could be ideal and will keep the stings from your skin.

How to treat stinging hydroid stings

If there are no allergic reactions and the stings are minor, white vinegar is your go-to solution for getting rid of the nematocysts and preventing other cells containing the stingers from launching.

Once this is done you can then disinfect the area and cleanse it.

However, in more severe cases, you may need to use cortisone cream or Benadryl as per the recommendations of the doctor. Divers with allergic reactions may receive Claritin. Infections may also require antibiotics.

How to prevent stinging hydroid stings

The number one way of preventing such injuries is by swimming a few feet away from underwater structures, rocks, and the ocean floor to prevent the occurrence of these.  Also, make sure you use a full wetsuit even when you are diving in warm waters.

As soon as you feel the sting or are suspecting that you may have come into contact with stinging hydroids, you want to ensure that you quickly wash out the area with vinegar and seek medical attention if you notice that the effects are getting worse.

Stinging hydroids are found in all the world’s oceans and can turn your diving into a frustrating and miserable experience. What’s even worse is that the slightest touch can cause you to get stung. Preventing is far much better than sting treatment so always stay a few feet away from ocean structures.