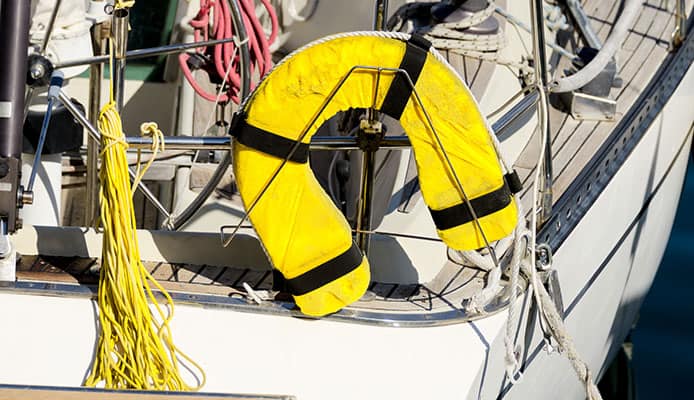 When talking about personal flotation devices, most people tend to think of life jackets or life vests. However, there are several other kinds of personal flotation devices available, one of which is the Type 4 PFD. Although some people may know of some of the advantages of such PFDs, others may ask what is the main advantage of a Type IV PFD and if they really need one. Below we discuss some of these advantages, along with some Coast Guard rules regarding the use of such PFDs. But first, what exactly is a Type IV PFD?

What Is a Type IV PFD?

That said, there are certain restrictions as to the use of a Type IV PFD. For one, it is not generally recommended for use when boating in waters where there is a lot of water disturbance like waves and water currents or strong winds. This is because such elements, especially the waves, will cause the Type IV PFD to be tossed around in the water and even float away from the person in the water.

Also, Type IV PFDs are not to be thrown to unconscious individuals and non-swimmers in the water. Given their situation, they wouldn’t be able to grab the PFD, thus rendering it useless. However, it is prudent to err on the side of safety and have one on board along with other life jackets and life vests. The Coast Guard actually requires large ships and boats to carry one whenever they sail. Although Coast Guard requirements for boats under 16 feet do not state that a Type IV PFD is necessary, it is still recommended that such boats should carry as it can be used to help individuals who have gone overboard, even if they are wearing life jackets and life vests.

Kinds of a Type IV PFD

Type IV PFDs are available in three kinds. Some manufacturers may offer or sell other kinds of Type IV PFDs; however, the three below are the most common ones and are the ones approved for use by the Coast Guard.

Advantages of a Type IV PFD 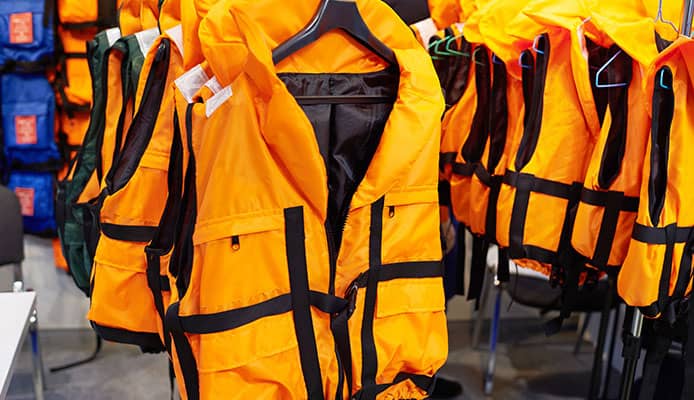 Some may question the need for a Type IV PFD when everyone else in the boat is wearing a life jacket or life vest. However, it must be noted that a Type IV PFD is very different from other types of personal flotation devices. Below are some of the advantages of a Type IV PFD.

One of the main advantages of a Type IV PFD is that it doesn’t have any size restrictions unlike life jackets and other types of PFDs. That said, everyone regardless of age, height, and weight will be able to use Type IV PFDs in times of need. This also means that the PFD doesn’t have any specialized design, unlike women’s life jackets which are design to accommodate a female’s body shape. The lack of sizing restrictions is mainly because Type IV PFDs are not meant to be worn, but rather serve as a floating device that users grab hold of or plop onto when they use it.

Another advantage of a Type IV PFD is that it can also be used as a location marker. People on the boat can immediately deploy the Type IV PFD following a ‘Man Overboard’ situation by throwing them in the exact location or the last known position where the victim fell or was last seen. This marker can then be used to assist the boat operator when circling and returning to the area of the incident to initiate a rescue.

There is the issue of Type IV PFDs being washed away by the current though, which can happen out in the open waters. This is especially true if there are strong currents or waves and wind present. However, Type IV PFDs can still prove to be useful during such situations. For instance, it can help the boat operator to determine the direction of the current, and if the victim was wearing a life jacket or other wearable PFDs then there is a possibility that he or she was also washed away in the direction of the current. This will help to at least narrow down the search area as opposed to randomly checking the areas surrounding the original location where the person fell.

Most Type IV PFDs, especially the ring buoy types, can be attached to a rope even when it is not in use. Thus, when it is thrown to the person on the water, the rope goes with it. With the rope, the people on the boat can tow the victim holding onto the Type IV PFD. This makes rescue easier, and it also eliminates the need for rescuers to jump into the water, swims towards the victim, and swim back to the boat with the victim which can be exhausting and strenuous for the rescuer (in which case both the victim and the rescuer are placed in a perilous situation).

Keep in mind though that not all Type IV PFDs have ropes or throw lines attached to them. The lines are often bought as a separate item, though some buoy manufacturers sell bought buoys and throw lines as a package.

Rules Regarding the Use of Type IV PFDs

So, what is the main advantage of a Type IV PFD? There are actually several of them. For one, they are throwable devices which when tied to a throw line can be used to pull the victim towards the boat and out of the water. Second, there are no size restrictions which means that a standard Type 4 PFD can be used by both children and adults. Lastly, since they are not worn, they can be used as a marker to mark the last known position of the person who fell overboard. Hopefully, these are more than enough reasons for you to consider bringing a Type IV PFD on your boat even though you already have life jackets for boating on board.