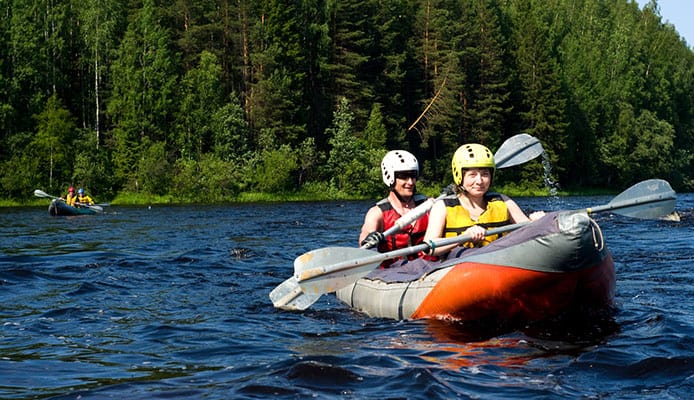 Can’t make up your mind whether to get a recreational kayak or a touring kayak? Don’t worry, many kayakers also find themselves with the same dilemma as they get caught in the middle of the recreational vs. touring kayak argument. To help you with the choosing process, we listed the different factors that you should consider when shopping for a kayak. We also highlighted which of the two types of kayak excel in those areas so you can make a more informed buying decision.

Touring kayaks are longer than a recreational kayak by a couple of feet. This extra length gives you more room to store your gear or any other item that you may need for an extended kayaking adventure or an overnight kayak camping trip. Touring kayaks mostly have hatches and sealed bulkheads which keep your equipment dry and also limit the amount of water the kayak will take on if it capsizes.

For many kayakers, speed is an important consideration when it comes to choosing a kayak. Although speed is predominantly determined by the kayaker’s paddling ability, style, and technique, the type, and design of the kayak can play an important role, too. And between the two kayaks in question and all else being equal, touring kayaks tend to be faster on the water.

The reason why this is so is because of the touring kayak’s narrow design profile. As mentioned earlier, recreational kayaks are wider by several inches than a touring kayak. This extra width means that recreational kayaks won’t be able to efficiently slice through the water, especially against strong currents and heavy winds. Besides, the extra width also causes more drag which negatively affects the kayakers’ paddling effectiveness and, consequently, their speed.

Recreational Kayaks Are Easier to Maneuver 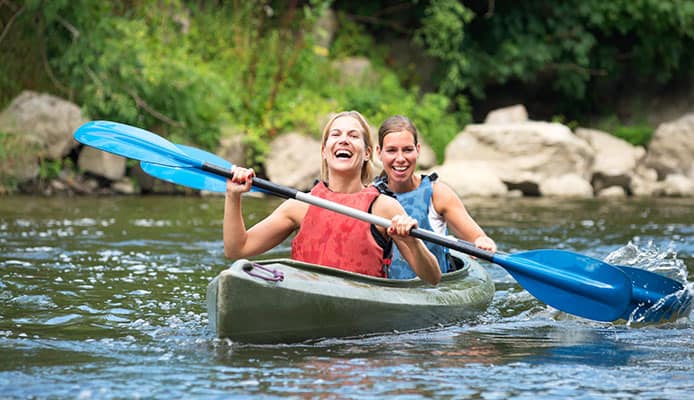 Maneuverability refers to how easy it is to turn or maneuver the kayak. Being a couple of feet shorter, recreational kayaks are more maneuverable than touring kayaks. The extra length of touring kayaks significantly affects their handling. And the longer the touring kayak, the more difficult it is to turn.

So Which Kayak Should You Choose?

Having said all that, which between a recreational kayak and a touring kayak should you choose? Here are our recommendations:

Go for a recreational kayak if:

On the other hand, choose a touring kayak if:

When it comes to the recreational vs. touring kayak debate, remember that both types of kayaks are designed differently and are suitable for different paddling conditions and situations. Whether you choose a recreational kayak or a touring kayak, what’s important is that you choose one that best meets your personal preference and needs. 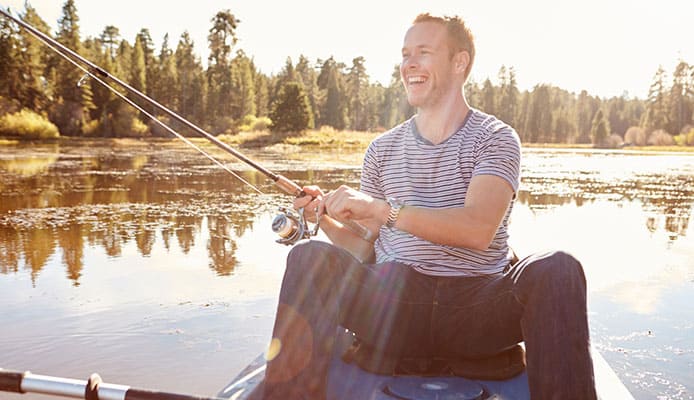 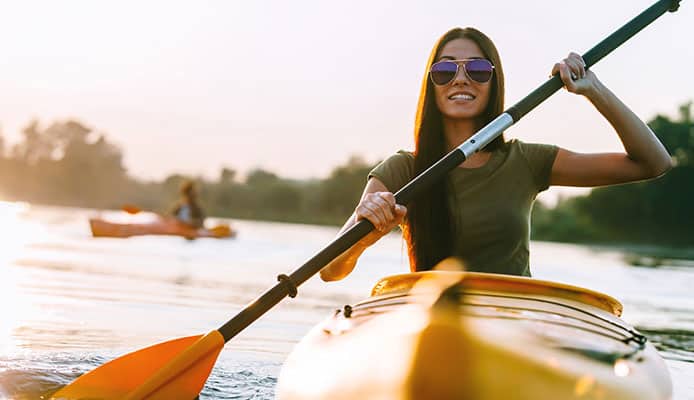 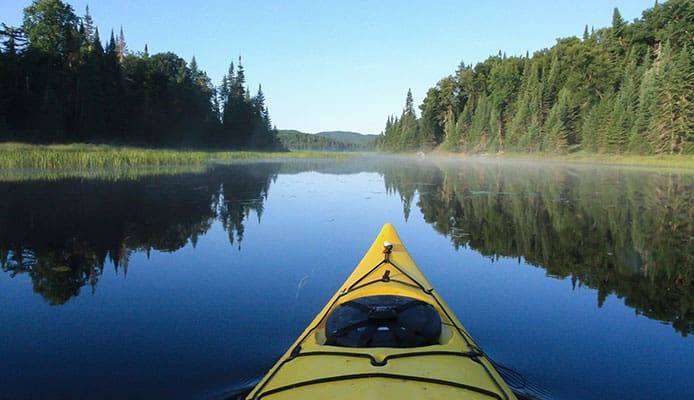