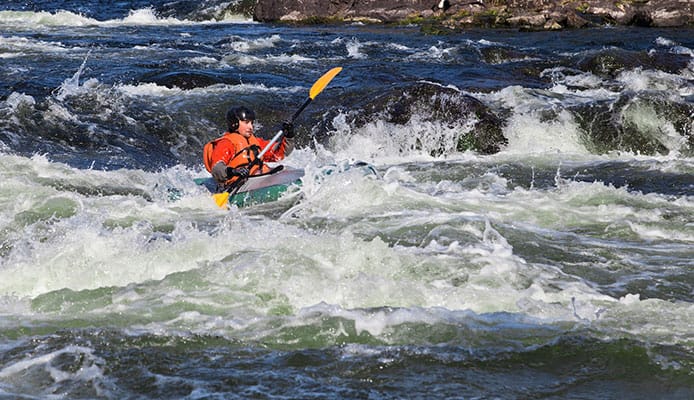 So, you are aware of Boyle’s law and scuba diving plus the fact the plastic floats on water. This should mean that your kayak is impervious to sinking right?

Well, at least most people tend to think this way. You may be one of them and believe that all you need to do is know how to do kayak Eskimo roll if you find yourself suddenly in the water.

But the question as to whether a kayak can actually sink is one that every kayaker should know the answer to.

So can a kayak sink? Yes, it can. And we are going to explore just how this is possible.

Can a Kayak sink? 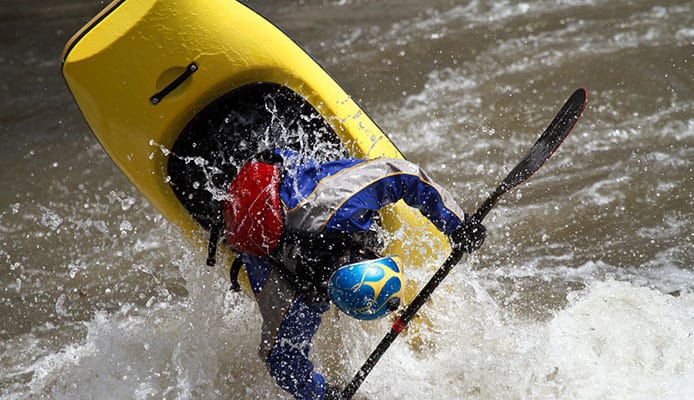 Yes, a kayak can sink so rid yourself of any notion that the kayak is immune to sinking. If you don’t watch yourself, you can go under like the titanic did, only this time it’s going to be you and your little boat. The good thing is that it’s not the easiest thing to sink a kayak and a lot needs to happen for the kayak to actually sink.

Several factors will determine whether your kayak can sink. One is the actual type of kayak that you will be using, the amount of weight you have on your kayak, and if the hull has bulkheads or is sealed.

More often than not, they sit on top kayaks will not sink simply because they come designed with scupper holes which allows them to bail water in case it gets into the hull. These types of kayaks will also feature sealed hulls that are molded in a way that they act just like bulkheads. It allows them to trap air in the hull further boosting the kayaks buoyancy.

Water is such a case will not get into the hull.

The same, however, cannot be said with the sit-inside kayaks. If water gets into the cockpit, and there are no bulkheads, the hull will keep taking water and eventually begin to sink.

How to prevent a sit-in kayak from filling with water

The first thing to do if you are using a sit-inside kayak is to read through the guide to kayak bulkheads and have these installed. More likely than not, your sit-inside kayak will feature hatches that you can use to access stored stuff inside your hull.

Once these storage areas are sealed, the air is trapped within the hull results in both an airtight and watertight pocket. This also means that in case you capsize, or water just happens to find its way into the cockpit, water should not be able to get inside the kayak.

Otherwise, if you don’t seal the bulkheads, the kayaks can take in water and go under. It is also possible to add bulkheads to both the bow and stern of the kayak. This will improve the kayak’s buoyancy. An example is using foam which can provide both air tights as well as a watertight space.

What it actually takes to sink a kayak

Let’s for our example take a man of average size. To be able to fully understand what could cause the lightweight kayak to sink, let’s first define all the major forces that are working on the body of the kayak.

First, there is the buoyancy force and then there is gravity. The gravity will include the kayak weight, the user, and all the kayak gear. I say you were to add these two forces the total would be equal to zero.

The more the water is going to get into the kayak, the heavier it becomes and it starts to go under the water. When a certain critical point is reached where there is so much water in the kayak then the combined weight of the kayak and the water becomes more than the volume of the water displaced which causes it to sink.

It is easy to now understand what could cause the kayak to go under. Sinking is not something that you will need to worry about if you are using a sit on top kayak. However, with a sit-inside kayak, it’s important to ensure that all the other spaces are sealed to make sure that water doesn’t find its way there.