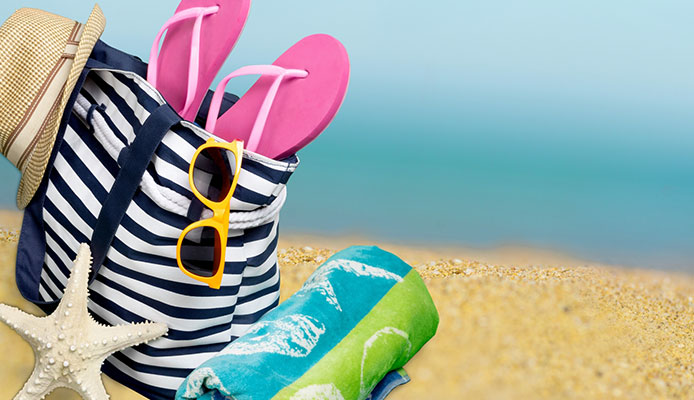 If you are new to beach towels, it is easy to assume that they are similar to bath towels. However, the two feature significant differences. Bath towels are made specifically for use at home while beach towels feature qualities that make them ideal for a day at the beach.

In this guide, we will compare the beach towel vs the bath towel. Featuring the most common differences between the 2 towels – including appearance, thickness, size, and price – our bath towel vs beach towel comparison guide will help you make the right decision when choosing a towel.

Beach Towel Vs Bath Towel: What Are the Differences?

Size is the biggest difference between beach towels and bath towels. Compared to bath towels, beach towels are much longer. Beach towels are designed for lying on the beach – say, when tanning through the clouds or just relaxing – and the extra length offers a bigger space for the users to lie on.

Bath towels measure between 52 inches by 27 inches and 58 inches by 30 inches. Beach towels are approximately 1 foot longer, often having a width of 35 inches and a length of 70 inches. Some oversized towels are even longer.

When comparing bath towel vs beach towel, the thickness is an extremely important consideration. Bath towels are generally thicker than beach towels. Bath towels are usually subjected to a lot of water – for example, once you come out of the shower – and hence they must be more absorbent and thicker.

A beach towel is subjected to less water. Once you remove your beach towel from your beach bag, chances are, you will use it primarily as a barrier between the beach sand and your body. Because beach towels are thin, they usually dry quickly in the sun.

Beach towels usually feature bright colors. Often depicting cartoon, floral, and other designs on them. The towels you use after getting out of your bathtub are usually in simple patterns or solid colors that match the bath décor and bathroom accessories.

When it comes to comparing beach towel vs bath towel in terms of their functions, beach towels tend to be Jacks-of-All-Trades of the summer fun at the beach. They have a lot of roles to play.

In addition to using the towels to keep themselves from lying directly on the sand, most people stomp on the towels. The towels get dirty as they get stained with greasy cosmetic products like sunscreen, salty seawater, beverages, and foods.

Simply put, beach towels often take quite a beating. For this reason, beach towels are designed to be more resilient than bath towels which usually do not undergo much beating. The beach towels contain specific fibers with various properties that allow them to withstand the conditions in which they are used.

Most bath towels have the same design on both sides. Beach towels, however, often feature a side that is usually placed on the sand while the other is placed against the user’s body.

The sandy side is designed to be sand-repellent and non-absorbent. After all, you wouldn’t want to use a beach towel that is both clogged and wet. The soft side – which you will lie on – presents a rich loop of fabric that can absorb water and keep your body dry at the same time.

Beach and bath towels are manufactured using varying materials. Bath towels feature cotton as one of their main materials. The cotton gives the towel its ability to absorb moisture effectively. The cotton, however, holds moisture for an extended period because of the thickness – this is one of the reasons most bath towels smell like mildew after a couple of uses.

Beach towels, on the other hand, are often manufactured using linen. While linen is capable of absorbing the moisture quickly, it dries in a snap. Most beach towels are naturally anti-microbial. For this reason, they eliminate odors pretty easily.

Beach towels are made more portable since they are usually used outdoors. If you decide to carry your beach towel for camping at the beach, one thing you will notice is that it is extremely lightweight. Most beach towels are designed to fold into a small size – this means that they occupy minimal space in the luggage.

Bath towel vs beach towel prices is different, with the beach towels being more expensive than the bath towels. When you pay for the beach towel, you will be paying for the towel’s length, color, and design – all these make it have a higher price.

Bath towels are common – they are used throughout the year instead of just a single season. For this reason, the bath towels usually cost less. However, it is worth noting that the price of both beach and bath towels varies depending on the weight and luxury of the fabric used to make them. 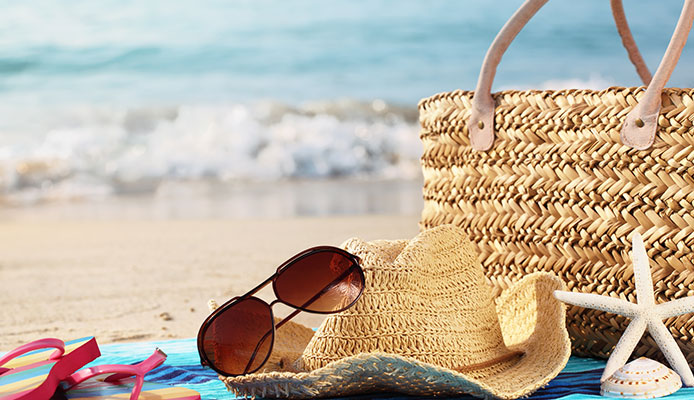 Fundamentally, a towel is a towel. However, the purpose for which the towel is designed makes all the difference. If you have wanted to know the difference between a bath towel vs beach towel, this comparison guide should help you out.

One thing you will realize after going through our beach towel vs bath towel guide is that you cannot use your bath towel at the beach. Although you can use the beach towel as a bath towel, you must use each towel for what it is designed for.