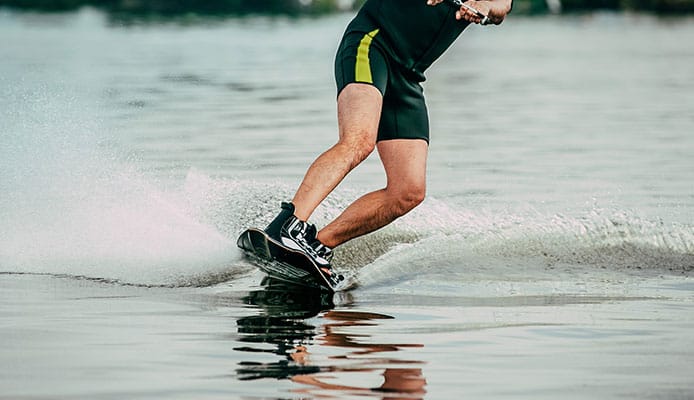 Though both sports take place in water and make use of a boat, wakeboarding and wakeskating do have differences. The major difference, however, is in how the riders are attached to their boards.

In this wakeboarding vs wakeskating comparison guide, we will take a deeper look at both the similarities and differences existing between the two sports. Outlining both their pros and cons, we will make it much easier for you to choose a sport that suits your style on the water.

Wakeboarding Vs Wakeskating: How do the 2 Sports Differ?

Wakeboarding involves riding a wakeboard over the water surface with a boat towing you at speeds of between 30 mph and 40 mph. Close-course cable systems, winches, and personal watercraft systems are often used as alternative towing methods.

How Challenging is Wakeboarding?

Wakeboarding is a mix of skateboarding and water skiing. When comparing wakeskating vs wakeboarding in terms of easiness, wakeboarders can control the complexity of wakeboarding – you can make it as challenging or as easy as you wish. With some practice, you should be able to use any wave you catch as a launching pad.

What You Will Need When Wakeboarding

Though very slightly, the wakeboarding vs wakeskating gear varies. To go wakeboarding, you will need:

It is possible to wakeboard behind almost any boat. However, the best wakeboarding boats are inboard boats. They don’t have outdrives and come with tracking fins. When buying a boat for wakeboarding, you should invest in one that displaces enough water to create a large wave.

Pros and Cons of Wakeboarding

Wakeskating is much like wakeboarding, but the rider’s feet are not bound to the board in any way. Griptape covers the board’s surface, securing the rider who, in turn, wears shoes to avoid having to fit accessories on the board.

It is also worth noting that wakeskaters use the same boards used when wakeboarding. The major difference is that the boat is covered with grip tape or soft, high-traction foam, to make the inevitable crashes much easier on the rider.

The speed at which wakeskaters ride behind a boat, cable system, or a winch is usually lower than when wakeboarding. While the towing process is similar, the speeds usually range from 16 to 22 mph.

The Pros and Cons of Wakeskating 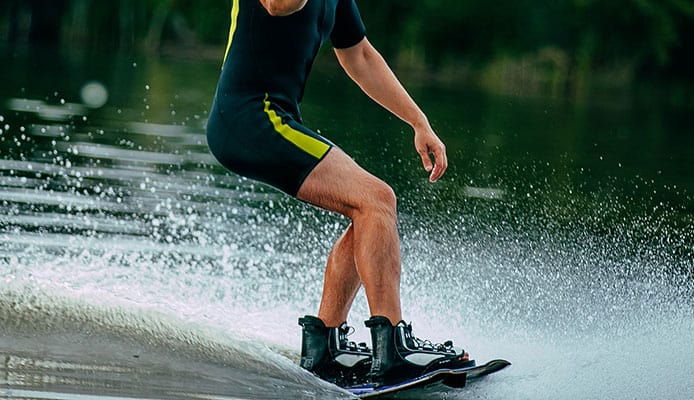 Wakeskating is a sport derived from a combination of skating and wakeboarding, and in practice, it has similarities with skateboarding but on water. Unlike wakeboarding, the rider is not bound to the wakeskating board, which generally brings unique challenges into the sport. In this wakeboarding vs wakeskating guide, we have taken a deeper look at how the two sports compare and contrast.