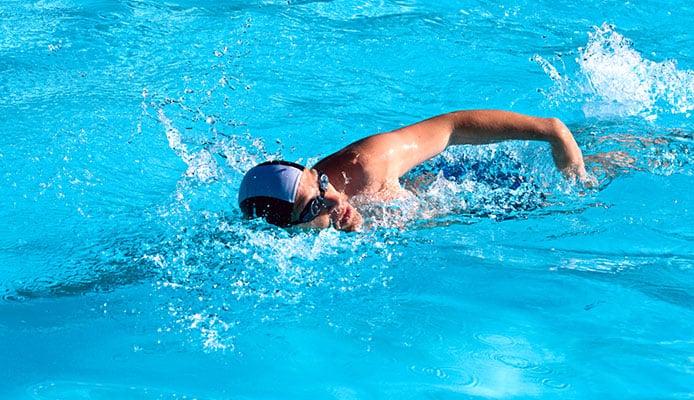 Swim resistance gloves and swim paddles deliver plenty of benefits to make you a stronger and faster swimmer. These swim aids help build strength and technique. They improve efficiency by creating resistance in the water. Like pull buoys, these training accessories maximize the use of the important parts of the body that propel movement.

It is important to note, however, that swim resistance gloves and paddles are not the same. In the rest of this post, we’ll tackle some of the main differences between the two.

Read on and take advantage of the swimming paddles and swimming gloves benefits made possible by using these training aids.

What is Swim Resistance Gloves? 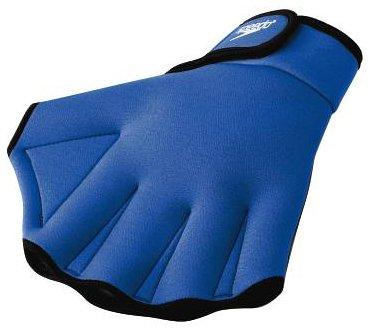 These gloves are made of soft neoprene, the same common material in wetsuits. One of its distinct features is the presence of webbing in between each finger. This is what gives you additional resistance when swimming.

Open water swimmers and triathletes are some of the most common users of swimming gloves. They are common for those who need insulation when they are swimming. The thick material allows it to regulate body temperature, making it useful if you want to try cold water swimming. Those who are into water aerobics also use swim gloves.

With the flexibility and range of motion that swim resistance gloves can provide, they are great for those who swim butterfly and breaststroke.

One of the drawbacks of using swim gloves is the need to spread your fingers apart. Because your fingers are spread, this results in an unnatural swimming position. It also contributes to fatigue.

What are Swim Paddles? 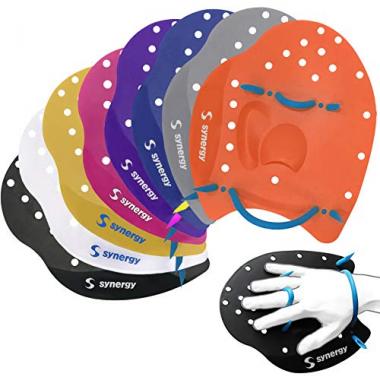 Swim paddles are more popular compared to swim resistance gloves. They are available in a range of shapes and sizes, although, they generally deliver the same benefits. Stiff plastic is the most common material used. They have finger straps to keep them on your hand while you swim.

As a common accessory for swimming workouts, it is useful in perfecting the position of your fingers when you are swimming. The paddles keep your hand in an open position, which is useful in avoiding common swimming injuries.

If you want to learn backstroke or freestyle swimming, the paddles will come in handy. It improves the efficiency of your movement in the water even without kicking.

When used incorrectly, this results in developing bad swimming habits, such as wrong strokes. You are also prone to injury, especially when you use oversized paddles. This can inflame and strain the ligaments and tendons.

How Are They Different? 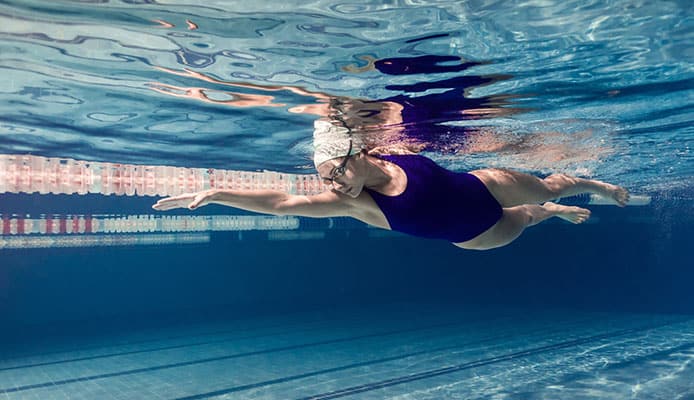 Now that we have discussed the two separately, let us have a rundown of some of their differences, making it easier for you to decide which one is a more suitable addition to your routine.

As mentioned above, they are different when it comes to the materials that are used. Swimming paddles are often made of plastic. Recently, rubber is also used to provide better flexibility. On the other hand, swimming gloves are made of neoprene.

The two are also different in terms of their design. Swim resistance gloves will remind you of kayak gloves or any other type of gloves. The main difference is that there is a webbing in between the fingers that expands when you open your hand. In contrast, swimming paddles are made of solid material on the top and there are straps where you will insert your finger.

As discussed in the next parts of this post, there are also differences when it comes to swimming paddles and swimming gloves benefits. Gloves allow you to have a freer range of motion, making it easier for the hand to move. This is as against the use of swimming paddles wherein the hand is in a stiffer position and has more limited motion.

If you ask around from seasoned swimmers, however, most of them will say that paddles ate better than gloves. Some even think that gloves are useless, but this is subjective. Paddles, especially when used without the wrist straps, can teach the right position of your hand while also building strength and power in your every stroke.

One of the many swimming gloves benefits is their ability to improve your strength. It builds your shoulders and arms. The webbings add resistance and drag to your routine, which uses the upper body more. This gives swimmers a toned upper body.

These gloves also aid in the improvement of your propulsion by allowing you to push more water in every stroke. This is also the reason why it is a common swimming accessory for those who are into water aerobics.

Using swimming paddles helps in building your strength. It is one of the best strength training workouts. The paddles result in increased surface area, which uses the muscles in your shoulders, arms, chest, and back. Plus, it is a great way to spice up your boring workout.

It is impossible to discuss swimming paddles benefits without mentioning that it improves stroke and pull. It lengthens your stroke. In turn, this allows you to pull more water to improve the efficiency of your forward movement. Distance-per-stroke increases, allowing you to demonstrate better speed.

Swimming paddles also allow proper positioning of the arms without being spread.

In sum, swimming gloves and swimming paddles’ benefits include improving endurance, resistance, and propulsion. Regardless of whether you choose gloves or paddles in your next training session, you will benefit from controlling the speed of your lower and upper body. They are must-haves in honing your techniques and improving efficiency.

So, if you want to improve your swimming techniques and form, resistance gloves and paddles are must-haves! You should also consider investing in other accessories, such as swim parachutes and kickboards.