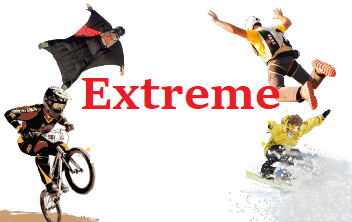 Extreme sports are dangerous physical activities with a high potential for bodily injury or even death. This can be either routinely or atypically during extreme sports. The definition is based on more than just the activity being "adventurous" or "risk-taking". It embodies an "extreme" philosophy of life, which some believe to justify its dangers, and it uses modern technology to expand human experience beyond what it has traditionally been.

Activities such as skydiving, rock climbing, and bungee jumping are just a few examples of sports generally considered as extreme sports but it can include almost any activity involving great physical exertion and extreme risks.

Knowing that extreme sports often are dangerous activities with high potential risk of bodily injury, or even death, these sports require planning and should only be done with all the safety equipment required. It’s important to remember that each sport has it’s on risks. To prepare for scuba diving is similar to, but still very different from cave diving so make sure you have enough knowledge about the exact activity you are about to do.

In this article we will look at five of the most popular extreme sports around the world. Let’s start with one of the most dangerous, BMX.

Latin America has a lot of extreme sports opportunities and one of the most extreme is the BMX Down the Death Role in Bolivia. This 40-mile road is one of the most dangerous roads in the world and the high risk attracts more than 25,000 mountain bikers from all over the world every year.  Biking down this deadly road has even become a tradition on Christmas Eve. A group of riders have formed an association called "Asociación Chilena Down the Death Role" that fights for this sport to be considered as sports discipline and not just dangerous play.

If getting an adrenaline rush from jumping off a bridge with only your ankles attached to ropes sounds like your thing then Bungee Jumping may be for you.

This activity involves a person leaping from a very high structure and then being launched into the air by means of elastic material. When it comes to jumps from structures, people have been known to jump off various things such as bridges, buildings, cliffs, and hot-air balloons. These jumps can be made alone or in pairs with safety precautions taken beforehand by experienced members of staff.

Skydiving is popular all over the world and involves jumping out of an airplane, with a parachute for protection on the way back down. Extreme safety precautions are required to be able to participate in skydiving. The sport can give you adrenaline rushes, which causes some participants to experience extreme mood swings after they have jumped out of an airplane at extreme height.

A skydive is usually between 8 mile jumps or 4 mile jumps depending on how much time you have. 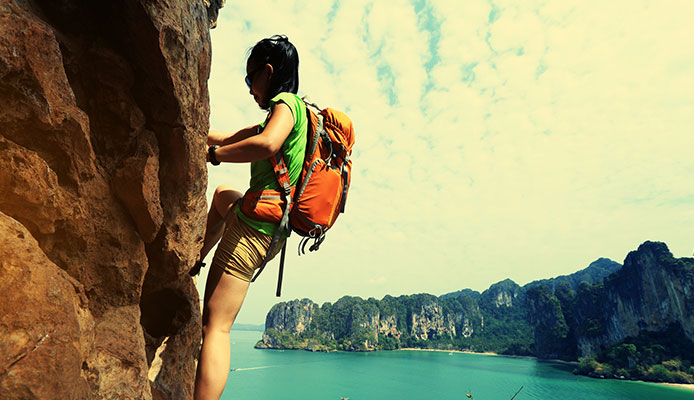 Rock climbing is an activity involving scarp rock surfaces, the act of climbing these surfaces, and various pieces of equipment. Rock climbers often spend time outdoors where they can find cliffs or rocky outcroppings to practice their craft on. For indoor rock scaping, most people go to climbing gyms in order to get in some training without having to worry about bad weather conditions.

Rock climbing is a dangerous sport which you should only participate in if you have been trained properly. You also need a lot of strength for this particular sport as well as good cardiovascular health because it's going to be a challenge for your legs and lungs. Climbing shoes are usually worn by rock climbers so that they can stick better over the rocks and help prevent their feet from slipping. Climbing equipment is also important to have in order to ensure safety for both the rock climbing participant and other rock climbers nearby.

Make sure to read our article about rock climbing safety before you start planning your first or next adventure. 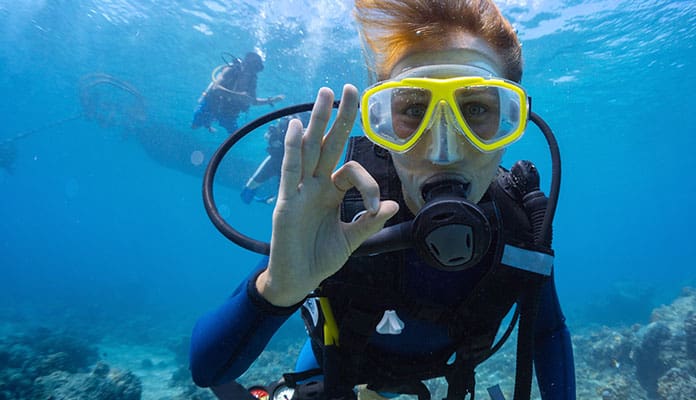 It may seem risk free but scuba diving has some very real dangers. Instructors must be licensed and should be very well trained and participants should understand the risks.

Scuba diving has many health benefits especially for the circulatory system due to scuba divers being required to carry out certain exercises whilst under water such as scuba jogging which strengthens scuba divers' leg muscles while scuba diving.

When done right, extreme sports are exhilarating, thrilling, and an experience you will remember for the rest of your life.

Ski-diving and bungee jumping are two things that many of us put on our bucket list without thinking about how dangerous or risky they are, but keep in mind that they are extreme sports. Planning and safety procedures are not just for the most extreme situations. Whatever your level of exercise, make sure to take all necessary safety precautions!