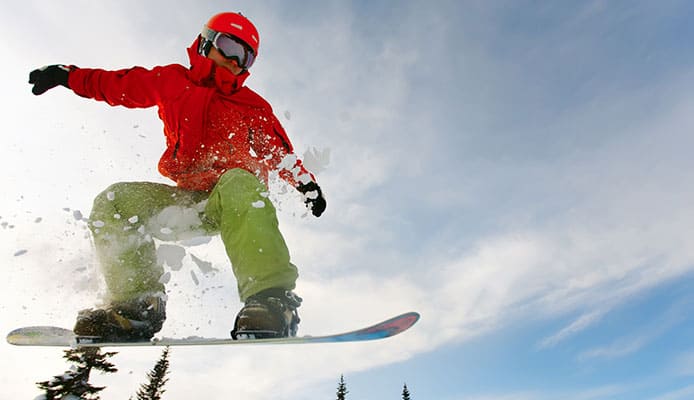 Winter sports demand the right gear. Equally important, you also need to have the right clothes. While the most crucial is for the clothing to protect you from the cold, this does not mean that anything will suffice. Consider the specific activity or sport. The clothes you need for skiing are different from what you will need if you want to go snowboarding.

What makes skiing clothes different from snowboarding? Read on and learn from the insights we’ll share. From ski vs snowboard pants to ski vs snowboard jacket, we’ll help you decide which are the ones you need.

At first look, you might think that ski pants are the same as snowboard pants. Any seasoned winter sports enthusiast, however, will agree with us when we say that the two are different.

One of the major differences between the two is fit. Those meant for snowboarding are looser and baggier. Baggy fashion is a thing in snowboarding because of its cultural influences. It is rooted in skateboarding and surfing culture.

More than just aesthetics, snowboard pants are also bigger because it allows the user to demonstrate bigger movements, which isn’t as critical when skiing. Whether it is powder skiing or skiing moguls, the movements tend to be small, which is why baggy pants are not necessary.

When comparing ski vs snowboard pants, it is also important to pay attention to their material and construction. In ski pants, you will usually find the padding in the part of the hips and buttocks. For snowboarding pants, however, the padding is in the buttocks and knees.

If there is one thing that is common in the two, however, it is the fact that they both offer insulation. Men’s and women’s snow pants are made of thick and lightweight materials that will keep the user warm without limiting movements. Whatever snow sport you intend to enjoy, do not go there wearing regular jeans!

Like with pants, the jackets for skiing and snowboarding also differ in terms of their fit. The snowboarding jackets are baggier and looser compared to ski jackets. The logic is the same as what we have mentioned above. Snowboarding requires aggressive and bigger movements, so it is critical to wear clothes that won’t restrict the body.

When talking about ski vs snowboard jacket, it is also important to mention that they are different in terms of the amount of the materials they use. Ski jackets use lesser material. This is to improve speed and aerodynamics. Skiing is rooted in racing tradition, so you should go fast. This is why when buying ski boots, ski poles, and ski goggles, among other ski gears, always look for ones that will have a positive impact on your speed.

In terms of style, you will notice that snowboard jackets have more of a street appeal compared to ski jackets. This is because snowboarding takes its inspiration from motocross, surfing, and skateboarding. Skiing came before snowboarding, which is why the style of the clothes of skiers seem to be more traditional.

However, men’s and women’s ski jackets use the same materials as you can see in those that are made of snowboarding. Like with snowboarding pants, the most important is insulation. A warm fleece lining is crucial to keep you warm while you enjoy the snow. The shell also needs to be waterproof and windproof. Internal and external zippers are necessary to keep your things secure.

It is important to note that you should never use an ordinary jacket for both skiing and snowboarding. They can be heavy or uncomfortable. It negatively affects your performance and safety.

While pants and jackets are the most important, you should not also forget your gloves for added insulation. While you can wear ski gloves if you are snowboarding or snowboarding gloves when you are skiing, there are differences between the two.

Just like what we discussed above about ski vs snowboard pants and jackets, snowboarding gloves are bigger and bulkier. They give your fingers more room to move. They are also easier to remove. This is because snowboarders will need to remove their boards when they get on and off ski lifts.

It is also common for snowboarding gloves to come with wrist guards. Snowboarders are likelier to fall on their arms, so they need the necessary protection.

You can snowboard wearing mittens. While skiers can also use mittens, some try to stay away from such because it is difficult to hold the poles. Brush up on your knowledge about mittens vs gloves to know which one is better. 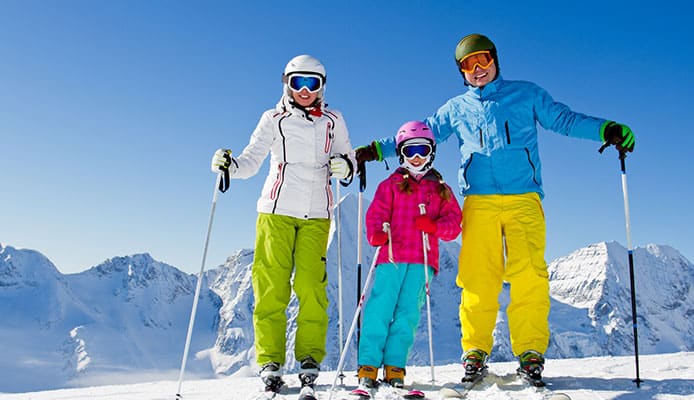 Regardless if it is for skiing or snowboarding, the factors to consider are the same. On top of the list is your comfort. Make sure that you are comfortable with it. If you are not comfortable with clothes that are too tight, you can opt for baggy jackets or pants, even if you will use them for skiing.

Speaking of comfort, it is also crucial to consider warmth and breathability. These two are snow sports So, whatever you wear, consider insulation. Nonetheless, while it keeps you warm while having fun, see to it as well that they are breathable.

Waterproofing is another important consideration in your snow sport clothing. Choose one that comes with a high waterproof rating so that water won’t cling to your clothes. Otherwise, this will make your clothes heavy and uncomfortable.

As noted above, skiing and snowboarding clothing are different. From their size to their style, you will see that they vary. However, there are also similarities, such as the materials, which should provide insulation and comfort to the user.

At the end of the day, it all boils down to personal preferences. There is no general rule prohibiting you from wearing a ski jacket when snowboarding or the other way around. Nonetheless, you must be comfortable regardless of what you choose.