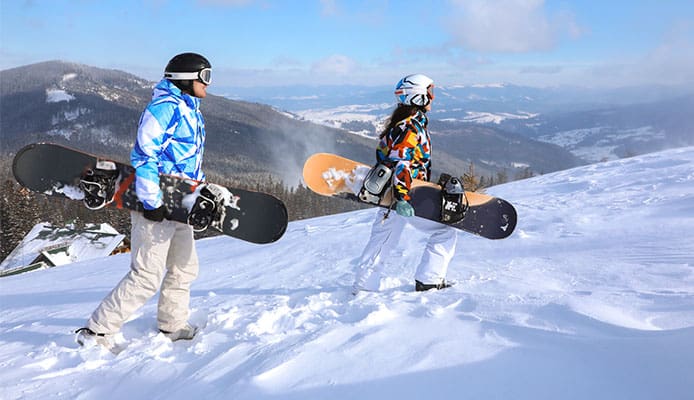 Several factors affect ski season length. The amount of snow that is present and the local climate will dictate the exact duration of the ski season. Some resorts may decide to open longer than others to make more profits. Although, in most places, the ski season is generally 180 days or five to six months. Read on and learn more about how long is ski season.

Ski Season Around the World

Ski season length is not set in stone. It varies from one place to another. When winter turns into spring, snow will start to melt and ski resorts will start closing. Before you pack your ski helmets, ski pants, and other ski gear, make sure to check if it is still skiing season. Otherwise, you will end up frustrated.

As we mentioned in the introduction, a typical ski season will be 180 days or up to six months. The exact months of the ski season, however, will vary depending on which part of the world you are in. The ski season in North America, for instance, is different compared to Europe, South America, and Asia. In some places, it can extend to ten months or even twelve months.

There are, however, a few places where you can ski for twelve months. In North America, you can do this at Timberline Lodge in Oregon. It is in Mt Hood, which is the highest mountain in Oregon. Austria, Switzerland, and Argentina are also popular countries with ski resorts that are open throughout the year.

Some places also have snow extenders in the form of modern equipment. Artificial snow can be present, making it possible for the ski resorts to open throughout the year. 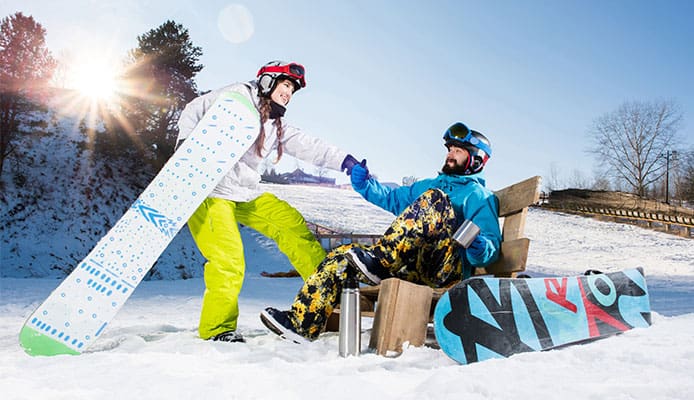 Those who are asking how long is a ski season will also be left wondering about why the duration varies. Among others, the climate is one of the deciding factors. In some places, it is extremely cold throughout the year, which means that you can ski anytime in twelve months.

Snowfall accumulation has a direct impact on the ski season. The more snow falls, the longer the ski season can be. Some high-end resorts also have their approaches to preserve snow, which is another common way to extend ski season length.

Geography also has a crucial role when it comes to the length of the ski season. Those that are at a higher elevation will have a longer ski season. If the terrain is facing north, they will most probably be open for a longer time. The resorts with slopes facing the sun usually have a shorter ski season.

Some resorts, however, decide to close after the peak season. The demand is not high in some months, so they would rather close to stay profitable.

Ski Season is Getting Shorter

Whether you would like to learn how to turn on skis or how to ski steep slopes, in the years to come, you will have a shorter ski season. Sadly, this is true almost anywhere in the world. This is because of one thing – climate change. Sadly, it is our fault, humans, why we came to this point.

The ski season is shrinking because snow is melting. The number of freezing days is expected to decline. Global greenhouse emissions will make you ski for a shorter period.

What To Do When It Isn’t Ski Season

When it isn’t ski season, make the most out of your free time so that you can prepare when the month comes ski resorts are already open. Among others, one of the best things to do is to watch ski instruction videos and learn basic techniques.

If you have invested in your gear, pay attention to the care and maintenance of your equipment. You should also learn the basics of how to store skis to keep them away from dust and dirt, among other external elements that can contribute to their wear.

Spend your time building your physical strength. Ski training is crucial to make sure that your body is ready for the demands of the sport.

So, how long is the ski season? As noted above, it is usually 180 days or five months. However, this depends on the country or resort we are talking about. The ski season is longer in places that have higher altitudes. These days, however, because of climate change, it seems that the ski season is getting shorter by the day.