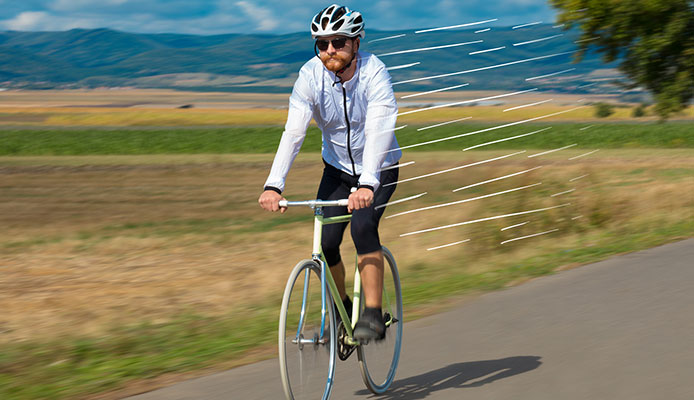 A fixie, also called a fixed-wheel or fixed-gear bike, has no freewheel mechanism in its drivetrain. It is the simplest type of bicycle that you can have, but for most people, it is intimidating. Stopping the bike is the most challenging because you cannot move it to a standstill. The rear wheel keeps on rotating as long as the pedals are turning.

If you want to know more about what is a fixie bike, we got you! Keep on reading and we’ll talk about some of the most important things you should know before riding a fixie.

What is a Fixie Bike?

You might have heard or read about fixies. They can be confusing for beginners, so here’s our attempt to make things clearer for you.

What Does a Fixie Bike Mean?

A fixie bike is a single-speed and fixed gear bike. It has a rear-wheel hub that directly connects to the bike pedals. Meaning, the pedals and the wheels will be moving at the same time. You will not be able to free-wheel and coast. Whether you are pedaling forward or backward will dictate the direction of the bike. When you stop pedaling, the bike stops.

How Does a Fixie Bike Work?

In a traditional bike, the cog has a ball-bearing system. The cog refers to the teeth-like structure where the chain rotates. If you are riding a fixed gear bike, the cog does not have a bearing. Instead, it is fixed to the back wheel. With this, you will move forward if you pedal forward. This is unlike other types of bike wherein the cogs have independent movements.

A traditional fixie bike is brakeless, similar to track bikes. You can always add a brake if you want to. Purists, however, would rather ride without a brake and rely on technique instead. However, take note that depending on the place where you live, having a brakeless bike can be illegal, so make sure to check what the law says.

A fixie and a single-speed bike have similarities. They have a single front chainring and rear cog. This means that they have a single gear. Beyond that, however, they are different in many ways.

The main difference between the two is that a single speed bike comes with a freewheel. Meanwhile, in a fixed gear bike, the rear hub joins the rear cog, which means that their movements will be dependent on each other. In a single-speed bike, the back wheel continues to turn while the cranks stop when you stop pedaling. In a fixed gear bike, the back wheel stops when the cranks stop. You cannot coast, which will provide you with better control.

The History of a Fixie Bike

It is claimed that fixie bikes are the first bikes in history. They have been popular in the United States in the 19th-century. In the 1800s, it is believed that the first use of the fixie bike was for the delivery of sensitive business documents, such as checks and legal papers.

In the late 1800s, the fixie bike even became more popular when it was used for racing. In 1876, the Madison Square Garden was built to become a velodrome racing track exclusively for fixed-gear bikes.

Today, fixies are popular for their simplicity despite being quite intimidating for some to use because of the lack of brakes or having only a front brake. It is referred to as the urban chic bike and popular among young riders.

Should You Get a Fixie Bike?

As we talk about what is a fixed gear bike, it is important that we have a rundown of its benefits. Here are some of the things that can convince you to try riding a fixie.

1. Requires No or Minimal Maintenance

Bike maintenance is important for peak performance, but it can also be a headache. If you want easier maintenance, fixies are good. Being short of gears, it means that there will be no complicated systems for you to maintain.

Another good thing about a fixie is that it is lightweight. This is one thing that we can attribute to the lack of gears and having minimal components. As a result, handling the bike will be easier as it will not require a lot of effort.

The minimalism of a fixie bike is one of its best assets. You do not have to be concerned about the gear ratio. You do not need to learn how to use gears on a bike. It is more straightforward to use compared to bikes with a multiple gearing system.

Cadence refers to your pedaling speed and will be a good indicator of your strength and performance. While you might need a high cadence in all situations, it is important to improve rhythm and speed. If you want to improve cycling cadence, riding a fixie can help.

More muscle groups will be working when you are riding a fixie. Your peak strength will increase since it will demand more effort in terms of braking. Your endurance and resistance can be improved.

The Drawbacks of a Fixed Gear Bike

In this guide about what is a fixed gear bike, we aim to help you make a well-informed decision. To be fair, we’ll look at some of the potential problems with a fixie after talking about the good stuff.

1. Getting Up is Challenging

If you need to go uphill, then it is going to be a challenge when you are riding a fixie. Because of the lack of multiple gears, climbing steep terrains will be difficult. This is unlike in other bikes wherein you have the option to match the gear depending on what the terrain requires.

Braking is another challenge when using a fixie. Most models will not have a brake while others will only have a front brake. You need to learn proper braking techniques, which usually includes using your foot as an anchor to stop the bike.

3. Puts Too Much Pressure on the Knees

You are more connected to your bike when riding a fixie. Keeping the bike moving means continuous pedaling. This can strain the knees, and this can make you prone to suffering from cycling injuries.

Converting Your Bike into a Fixie

While you can buy a pre-built fixie bike, you have the option to convert your bike into a fixed-gear set-up. Similar to a single-speed conversion, this is one job that you can do by yourself as long as you are equipped with the right skills and a bit of patience.

If your bike has a horizontal drop-out, the conversion will be easier. Meanwhile, if there is a vertical drop-out, it will be more complicated.

Replacing the rear wheel is the simplest method for the conversion of your bike. Look for a wheel that comes with a track or fixed hub. You can use a hub specifically designed for a threaded multi-speed freewheel. 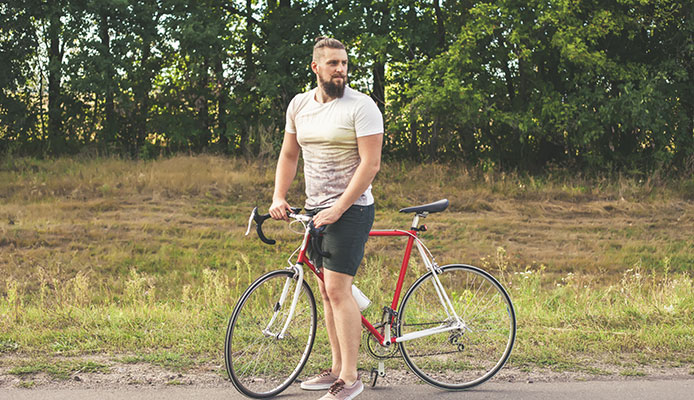 Q: What is a fixie bike good for?

A fixie bike is good for winter rides. There is no slacking, which means that you will be working hard throughout the ride. You can optimize the limited riding time you have when the temperature drops. It is also good for an urban bike, especially if you often ride on flat surfaces.

Fixies can be dangerous, but that will depend on the rider. Some fixies have front brakes while others do not have brakes. It is your skills and techniques that will impact your safety. Before getting on a fixie, make sure that you know the basics to stay safe on the road.

Yes, fixie bikes are fast. However, this will depend on your pedaling skills. The movement and speed of the bike will be dictated by how fast you are pedaling. If you slow down, then the bike will also be slower.

Q: Why are fixies so popular?

Fixies are popular because of their simplicity, ease of maintenance, and lightweight construction. Because you need to be constantly pedaling to make the bike move, it is also a great way to build muscular strength and improve cadence.

By now, we hope that you already know what is a fixie bike. It is a fixed-gear bike that moves depending on your pedaling speed. Should you buy one? Considering its many benefits, such as requiring minimal maintenance and having a lightweight construction, there’s no doubt that it is a great investment. However, it isn’t easy to ride, so make sure to practice! 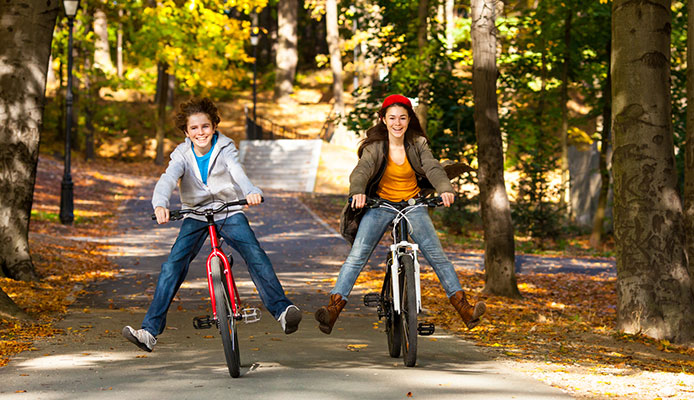 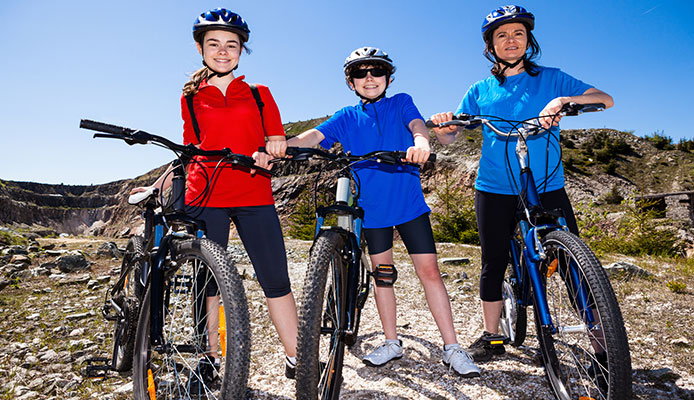 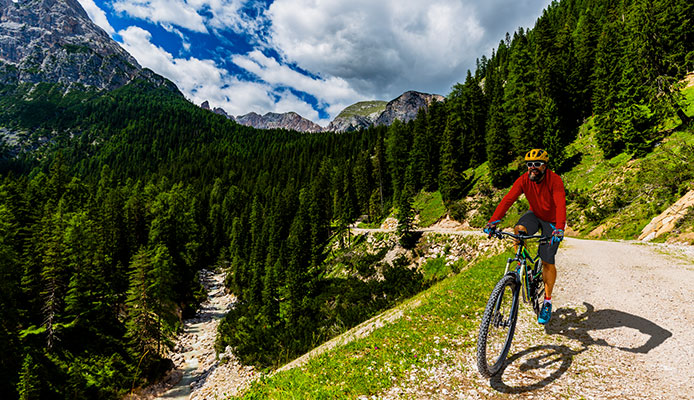