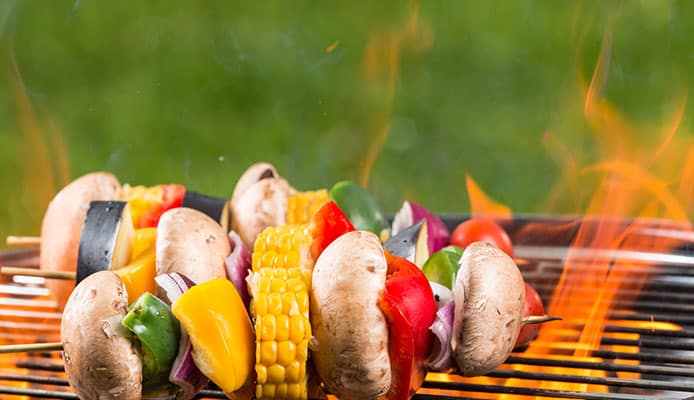 Camping is an activity that requires lots of strength, and proper nutrition is essential. If you’re a vegan or if you simply want to refresh your organism but stay in a good shape and have enough energy for your adventure, here is a list of 17 vegan camping meals that will prove to you that vegan camping food can be equally tasty as non-vegan and provide you with enough fuel to endure everything that awaits you on your trip.

The first in the list of vegan camping meals is banana-coconut French toast, which is a great option for breakfast. Start by mashing the banana until it becomes smooth and mix it with the coconut milk. You can combine it with anything you want, like cinnamon, vanilla, etc, and mix it until it becomes smooth. Take a slice of bread, dip it in your mix and place it in your previously heated pan with a tablespoon of coconut oil. If needed, add more coconut oil. Once done, you can serve it with any fruit syrup or fresh fruit.

Another great vegan camping food choice for breakfast is the vegan tofu scramble burrito. Start by heating one tablespoon of oil in a skillet until it becomes hot. Add onion, pepper, and salt. Once it becomes soft, remove it from the pan and replace it with tofu you’ve previously broken into smaller pieces. Let it cook for about 10 minutes with the occasional stir. Add any wanted spices and let it sit on medium fire for a few more minutes. Serve it by mixing all of these in a warm tortilla folded in the burrito.

This is regarded as one of the simplest, yet most delicious vegan breakfasts you’ll ever try out. It is based on quinoa and apples, but you can also be creative and add something additional if you want. Start by rinsing quinoa, add almond milk and applesauce to a medium pot and let it boil. Once it does, reduce the heat to just above the boiling point and let it cook for about 15 more minutes.

Once all the water has been vapored, it is time to add other spices like apple pie, vanilla, salt, basically anything you want. Take your bowls, sip equally to each bowl, and add additional fruit or syrup for topping. It will be like apple pie, only tastier! And it will not only give your strength, but this meal will also refresh your organism which makes it a great choice for hot summer days.

This vegan camping meal may not be among the most popular ones but it is most definitely one of the easiest to make. All you need is a pot or a pan, ingredients, and a place to cook it. Put water into your pot and add salt. Once the water starts to boil, add the oatmeals and let them cook for about ten minutes. If you feel they have started to soften up during occasional stirs, it is time to add sliced apples, other spices and to top it with maple syrup. Of course, you can use any other fruit or syrup, but this has proven to be the most popular combination.

Sometimes you’ll have to eat as you move, and coconut chia oatmeal is a great choice for this purpose. You’ll need an insulated food flask that will keep the temperature of your meal. And what’s the best part? This meal is being prepared as you go, so you don’t have to wait for it to be done before you hit the road! It is quite easy to prepare and it doesn’t take much time, and yet it will provide you with enough energy to jumpstart your day.

Take the coconut milk, add it to a saucepan along with the maple syrup and let it cook until it starts to simmer. In the meantime, preheat your food container – simply add hot water and remove it before you add your oatmeals. Once you’ve removed water from your food container, add the oil-syrup mix, salt, oats, chia seeds and, if you want, some other fruit, like bananas, raspberries, basically anything you love. Mix it, seal the top and let it cook inside for about half an hour.

This vegan camping food idea is one of the best ones for an additional snack during your day, although you’ll have to prepare it at your home because you’ll need your oven. Turn your oven on and set it to 350. While it preheats, take your pan (ideally a 9×5 one) and place foil or baking paper at the bottom of it. Then, take the baking sheet, place the oatmeals on it and let it bake for about 10 minutes, stirring after the clock reaches five minutes. After 10 minutes, take it out and place it somewhere aside. Now use the small saucepan to heat the mix of the jam, peanut butter, sugar, coconut oil, and salt. After three minutes of simmering, it should begin to become thicker, so you should stir all the time. Now add the oats and stir until you see all the oats have been covered by the mixture.

Now pour that mix into the loaf pan while making sure the layers are equal and add anything to it, like peanuts or berries. Let it bake for about 15 minutes, once it becomes golden brown, take it out. Let it cool off, then cut it with the sharpest knife you can find.

These are quite popular among kids because they look similar to pancakes, and they also taste amazing! Start by preparing your fruit – wash it, peel if needed, etc. Once done, place it in a blender and blend it until it becomes smooth. Take the blended fruit and place it in a pot, heat it for about 10 minutes with occasional stirring.

Now, take dehydrated trays, line them up with baking paper, and pour that mix in them. Set the drying temperature to 145°Fahrenheit or 63°Celsius. Once the drying process is complete, let them cool off before you remove the leathers. Then, roll them in rolls with the help of a knife (sharper the better) and cut them to your desired lengths, keep them in bags with a vacuum seal and enjoy!

This is by far my favorite snack all around the world, no matter what you do. But, these popcorns won’t be regular ones – these will be spicey popcorns! First, you’ll have to put all the spices you’d love to use with your popcorns into one single bag. Use smoked paprika, garlic, salt, basically anything you can think of, place it in a ziplock bag and shake it until it mixes.

At your destination, use 2 tablespoons of olive oil and add popcorn kernels to a pot. Use aluminum foil to cover the lid. Shake the popcorns the same way you do it at home. Once they stop popping, remove them from the fire and add your previously made mix.

This date and cashew combination is becoming more and more popular vegan camping meal in recent years. Before you place them in a food processor, you should soak cashews, then process this mix until you get the doughy-like texture. Now cut it into equal parts and roll them so you make balls, and then roll them through cranberries, nuts, or other stuff you’d love to use as a coating. Place them in your fridge and enjoy them on your trip! 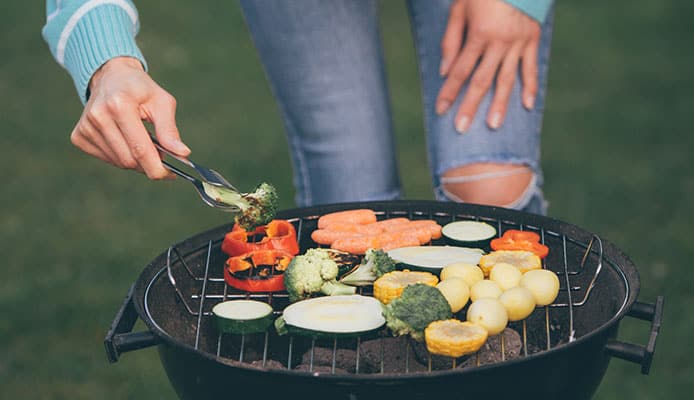 Start by marinating sweet potatoes. Simply cut the top and the bottom of the potato and add your previously made mix by pouring it from the top, then from the bottom and leaving it aside for about 20 minutes. Follow by cutting peppers into long strips, chopping the onion and the garlic. Place them in a hot cast-iron skillet with olive oil. Once the onion starts to get brown color, take it off. At the same time, grill your potato for about 10 minutes – five minutes for each side. Serve by placing veggies and potato in a hot tortilla.

Mexican tortilla chips soup is a great vegan camping meal to jumpstart your recovery after a long day outside, especially during winter camping or a ski trip. Begin by heating oil in a pot and adding onion, garlic, and saute. Stir constantly for about five minutes, and then add zucchini, peppers, possibly tomatoes, if you love it. Let it cook for about five more minutes, then add cumin, and if you love it spicy chili powder as you stir. To finish it up, add water and let it boil.

When it reaches boiling point, reduce the temperature to simmer and add beans and corn. Let it simmer for half an hour max. When you take it off, put the toppings on combined with tortilla chips.

This vegan campfire meal is one of the most delicious ones out there. What makes it so special is the fact that it is being made with the help of a campfire. It is simple – take the unpeeled sweet potatoes, wrap them in cooking foil and place it in the campfire embers. As they cook, make any form of mixture you love or would love to try out. Be creative. Once your potatoes are done, after about half an hour, take them out, cut them through the middle, and place the topping in them.

Another vegan camping meal with sweet potatoes. In a medium-heated oil in a dutch oven add the onion. Once it starts to gain brown dots, add the garlic and let it brew for a minute. Now it is time to add sweet potato, tomatoes, broth, peanut butter, chili powder, and salt. Stir until they blend in together without any lumps, and let it simmer for about 15 minutes. Once the sweet potato becomes soft, it is done.

15. Stew With Kale And Coconut

Using a pan, fry shallot for about two minutes, then mix it with minced garlic, coriander, cumin, and cayenne and continue to fry it for an additional half minute. Add tomatoes, coconut milk powder, red lentils, salt, and broth. Let it boil, set to simmer, and add the kale. Let it cook until lentils become creamy. Serve it instantly.

This dish simply says – yummy! Easy to make, kebabs made with zucchini, eggplant, and squash (of course, you can use whatever you want) dipped in the sauce are one of the favorites among campers. For the sauce, fry the onion in olive oil until it starts to become browny, then add garlic and keep them together for about half a minute, then add chopped tomatoes, oregano, basil, salt and stir it for about 20 minutes. For kebab, place it over the fire and turn it occasionally for about 20 minutes so it gets cooked from all the sides. Take in the sauce and enjoy!

This vegan camping meal has one secret ingredient – beer. Start by placing onions along with lime juice and salt in a small bowl for about 15 minutes, and make sure to toss it every five minutes. In a skillet make a mix of cauliflower, cumin, dried oregano, cayenne, garlic, salt and pour down some beer. Let it simmer as you stir until all the liquid evaporates, then add the olive oil and fry. Cauliflower should tender up and get some brown color. Serve it by mixing it all in tortillas along with possible other toppings.

Camping is by far one of the most popular family activities and with these vegan camping food recipes, you’ll be able to enjoy it fully. The rest is up to you. Also, you can check out our best camping cocktail recipes and combine them for complete enjoyment. 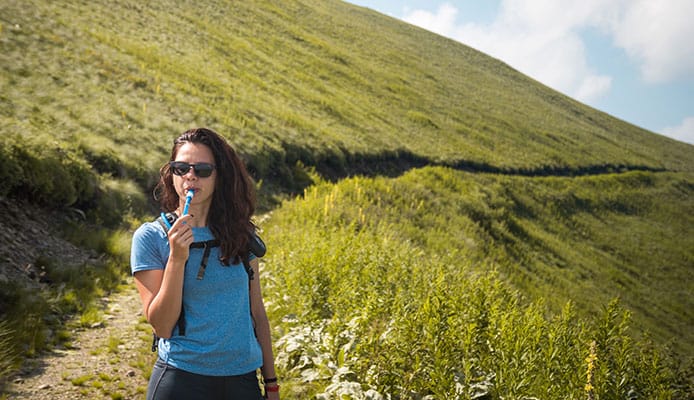 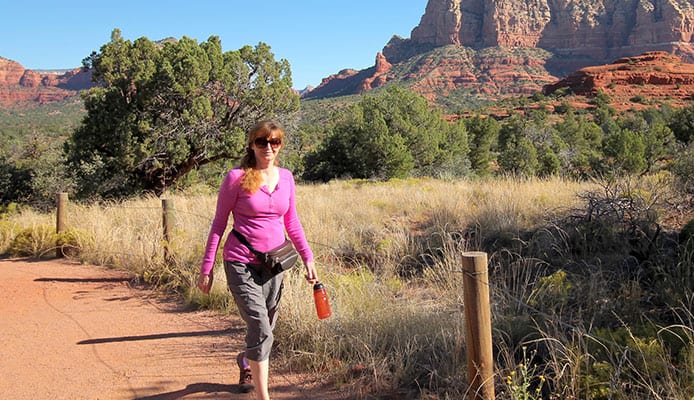 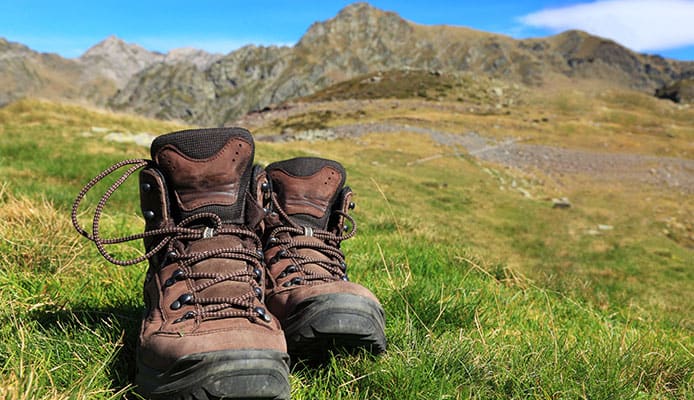