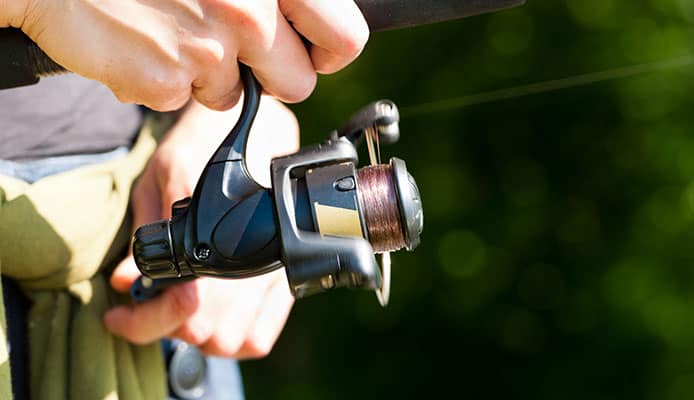 Most fishermen love to talk about the best and latest lures, the most exciting reels, or the most amazing boats out there, forgetting one of the essential and equally important parts of the fishing adventure – fishing lines.

Although many members of a fishing society mostly ignore this topic, the difference between the types could mean the difference between success and failure. Don’t forget that the line is that thing that connects your fishing rod with those amazing lures and beautiful baits, and it basically transfers energy between your hands to the hook. And when the fish bites, it is the most important link between you and the fish.

The modern era is followed by great innovation, fishing equipment constantly is being improved, and the fishing lines are one of the most improved fishing accessories since the beginning of time and the first fishing lines known to mankind.

You could choose between Nylon-based monofilaments, polyethylene braids, and crystalline fluorocarbon products, and any one of these is good for you, but which one is the best? Or, to be more precise, which one will suit you best?

When you begin your fishing career, you’ll most likely meet this fishing line first. It has been around for more than half a century, and these nylon-based lines were supremely the best ones most of the time. They offer many attributes fishermen around the globe adore. For example, they are in general soft, their supple-knots draw tight, also are pretty secure and will cause just a bit of burning and slipping. Good abrasion resistance comes with the ability to maintain the sound breaking strength. This type of line also could stretch, which is a pretty good advantage when you find yourself out on the water.

But, if you’re looking for the perfect monofilament line, you won’t find it. The quality of this line mostly depends on the construction type. The term itself, “monofilament”, is a bit misleading, because, although the final product you’ll use for fishing is a single line, it is created by mixing multiple nylon-based polymers with different molecular compositions. They start as pellets sorted by the quantity, following the patent of a manufacturer. Then they’re melted down, mixed up together in hoppers, then pulled through one of the extruders, this way creating a single-strand line, a copolymer.

Once singled out, these lines overlap with breaking strengths and while it cures, it starts to develop most of the characteristics provided by the recipe. It can be soft, as it can also be tough, more abrasion resistant, or it could be like the premium one – coextruded monofilament built using the two bonded layers with the soft inner core and hard outer layer.

The advance of the technology – like the coextrusion process – added to the amazing history of the monofilament and the fact it is one of the cheapest options, makes it so lovable. But it has its own weaknesses. Don’t forget – the nylon absorbs the water, and if you leave it submerged for a longer period of time, it can become fragile and easily breakable.

To sum it up – although you need to be extra careful, as it can lose a big percentage of its strength – up to 30 – it surely has been and still is, one of the most used fishing lines around the world. But, it may not be the best choice for every need.

Fluorocarbon – If You’re Into The Magic

What monofilament can’t do, this type of fishing line can. Beware, they do look alike – but the difference is pretty big.

Firstly, they both do stretch, yes, but the fluorocarbon lines are far less pliable and do not tend to absorb water as much as mono does. Also, its strengths are the ability to repel chemicals and ultraviolet light, and last but not least – these lines won’t become stiff and fragile when the temperature drops. It is more durable, and unlike the mono, if you spill sunscreen or gasoline on it you can simply wipe it off, without any worries about possible damage.

This type of fishing line is produced using a chemical-bonding and extrusion process which involves fluorine, carbon, and hydrogen, making the final product an amazingly tough line, denser than mono in composition, and about three times heavier than mono, so it will sink a bit faster.

When it comes to the main characteristics, the most important one is the fact that it doesn’t reflect light, it retracts it, this way staying invisible when under the water surface. This is the biggest reason this type of line is becoming more and more popular all around the world.

Fluoro hit the US markets from Japan in the early 1990s and was really rigid, abrasion-resistant, which was useful for some purposes, but it also has some problematic characteristics. The first one is the fact that tying knots with fluoro are much harder when compared to mono. The second one is connected to this one. To be more precise, the problem is the strength of the knot. It is not as hard as some of the stronger nylons, but we could say it is in that range – once you manage to cinch it. Also, you’ll need to lubricate it to avoid the possibility of disintegration.

When fluoro is nicked, the light that reaches this fishing line can be transmitted and amplified through it, which could alert the fish and keep them away from the line, this way switching the main ability into disability.

Right now, the fluoro is mostly used by saltwater fishermen as leader material, but recent trends show the rise of fluoro usage in the fresh waters as main lines, where the monofilament was the dominant force so far. Some fishermen have tried fluoro as the main line, but the high price means it will have to wait a bit to overtake the mono position. It will happen eventually, but the main question is – when?

The newest – and possibly the most effective – fishing line is the combination of fluorocarbon and non-stretch braids. This combination is the leading force behind all the recent changes regarding line technologies, and judging by the recent trends, it is just the beginning.

Braided fishing lines, without the exception, start with synthetic-thermoplastics or polyethylene. Using the gel-spinning process, the raw material is then turned into fibers that look like a spider web, while being thin as a razor at the same time. The fibers manufactured this way, known as “carriers”, contain dozens of microfilaments, which makes them amazingly strong. Then as they are being knit together with other carriers, the braid’s core is being created.

Once joined, these structures are then sent to a highly shielded process of coating. As time passed by, the technology process has developed and became better, so now braided lines are becoming more and more popular.

And when it comes to the combination with the spinning reels, the best choice is the so-called “fuse braid” – the fused variation of the braided line. This means that the fibers are heated to a temperature between 220 and 240 Fahrenheit, which causes the materials to melt together and chances the molecular construction of it. The fishing lines created this way are more supple, the possibility of them getting tangled is low, so as the chance of forming wind knots, and this is just the beginning because the development of these types of fishing lines has just begun.

Nanofil – The Next Generation

The nanofilm fishing line can be compared to the braid, on one hand, the monofilament on the other, and it is also known by the name of “un filament”. These types of fishing lines are regarded as “next-generation” and represent the future of fishing in general. They are chemically fused with the gel-spun polyethylene fibers, making the braided lines a single filament.

Fishing lines are not a popular topic, but without them, fishing is impossible. And as we’ve stated above, knowing the difference between them could be the difference between success and failure. If you’ve just started, probably the best choice is mono. If you’re making plans to start a bit more serious fishing career, probably the best thing to do is to try one by one and find the one that suits you the best, so you could concentrate on the fishing itself rather sooner than later. 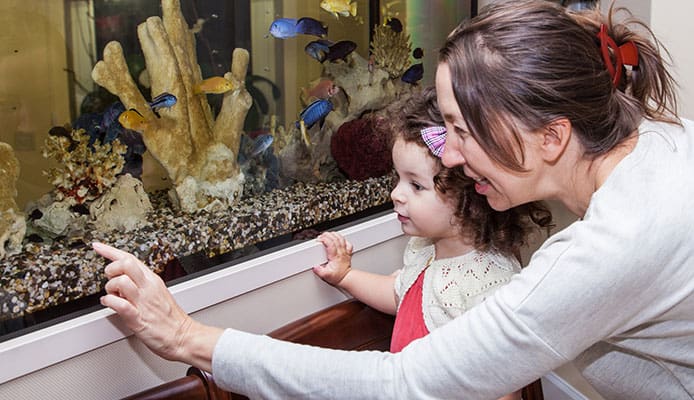 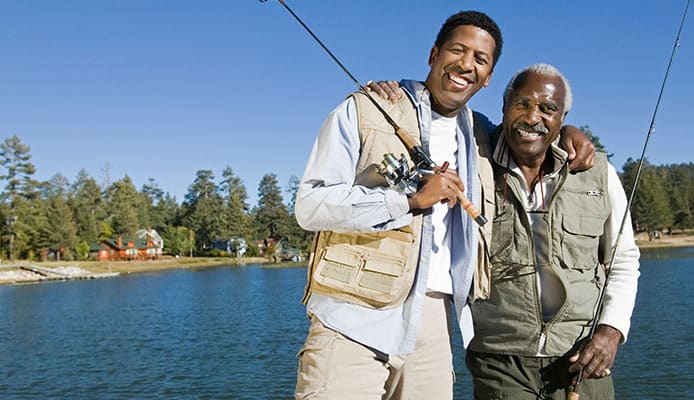 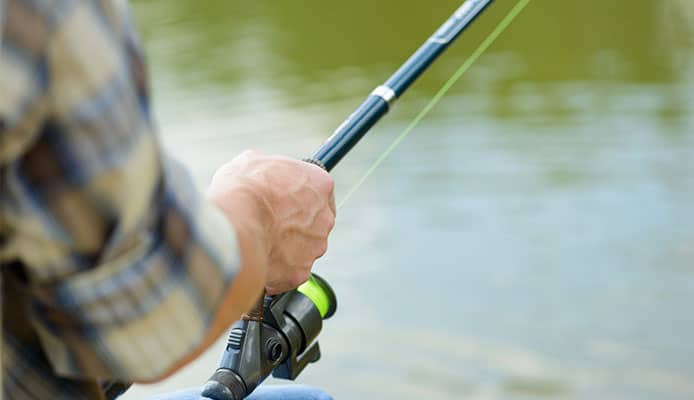