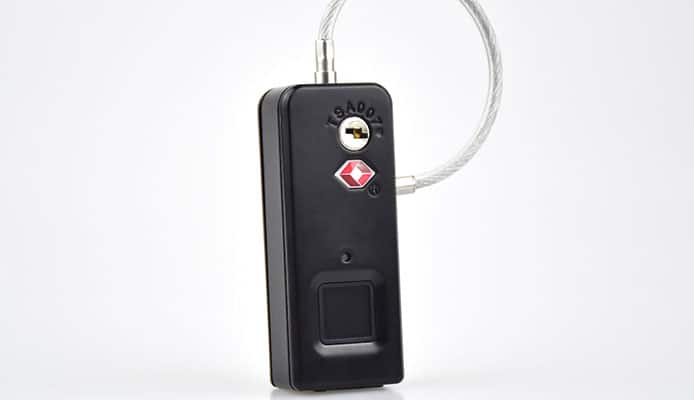 Travelock2 is a smart TSA approved fingerprint lock. If you keep losing keys, hate combinations, or are tired of having locks destroyed by TSA agents, this is exactly what you need. It has a lock that TSA agents can unlock with their keys so they don’t have to resort to destroying the lock if they want to inspect your luggage.

A secure lock is the first line of defense against thieves and the Travelock 2 will definitely intimidate thieves. As a biometric lock, it offers a high level of security. Apart from TSA agents and the up to ten sets of fingerprints you can authorize, no one else can open the lock. It features a capacitive fingerprint scanner that can’t be fooled with artificial fingerprints. The unique look that can be mistaken for an alarm will also deter intruders.

For a lock, strength matters most and this lock is extremely sturdy. The shackle is made of 304 stainless steel and can withstand a load of 100kg and an impact force of 5,000N applied at the same time. It can’t be easily cut or yanked open by pulling hard. The body is a full zinc alloy case that can withstand brute force without breaking. With an IP65 waterproof and dustproof rating, it can withstand moisture and is perfect for outdoor use.

This lock is easy to use and there is no key to keep track of or combination to remember. Just place your finger on the scanner and it will pop open automatically. It features a high-speed CPU and an incredible sensor that can recognize fingerprints in a full 360° orientation. You can be in and out of your suitcase with others still doing their twists or dials.

If you’re a frequent traveler looking for a secure, user-friendly, and convenient lock that is TSA compliant, the Travelock 2 TSA fingerprint lock fits the bill. That it is a stylish lock that looks good on your luggage is a nice bonus. Non-bulky with a flexible shackle, it is also suitable for securing laptop bags, camera backpacks, handbags, gym lockers, school lockers, wardrobes, bicycles, cabinets, and more. Keep scrolling for our in-depth review of this fingerprint lock.

The first Travelock was good but it had several weaknesses. After listening to user feedback and conducting further research, Any safe has made the ultimate fingerprint lock in user-friendliness, convenience, and security. The Travelock 2S is more compact and lightweight than the original but more sturdy and secure. The fingerprint sensor is more accurate and responds automatically. This second-generation lock also has a Transport Security Authority (TSA) approved lock. Its features are as follows: 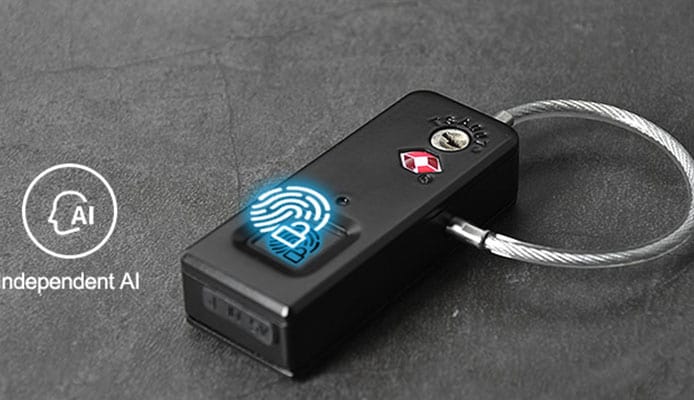 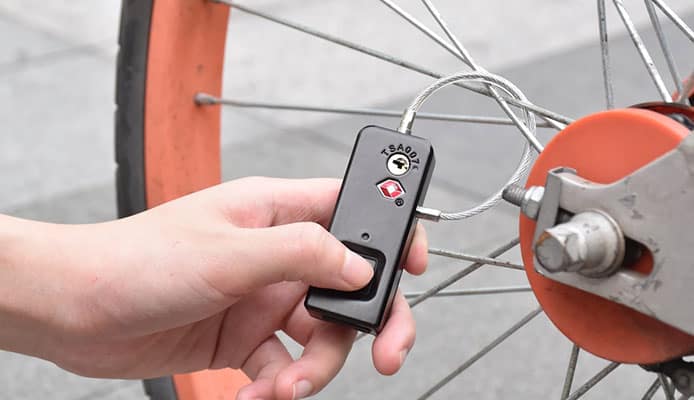 Body and Shackle Strength: One of the issues that the first generation of Travelock had was that it could be easily yanked open by pulling hard. Travel lock 2 is built stronger to ensure that it can’t be cut easily or broken by pulling hard or hard impact. The shackle is constructed from a high-strength 304 stainless steel and it can withstand a weight of 100kg hanging from it and up to 5,000N of force applied at the same time. The body is sturdy as well, as it is constructed from a full zinc alloy via an integrated stamping method and can withstand brute force without breaking.

Security: Fingerprint locks are more secure as they rely on unique fingerprint as keys. There are no losable keys or combinations that can be copied. This lock can only be unlocked by the fingerprints you’ve authorized. In addition to its superior strength and cut/breaking resistance, operation by an independent AI and a high-speed CPU reduce the risk of interference. It uses a capacitive fingerprint sensor of up to 508 DPI that recognizes rich fingerprint textures and rejects fake fingerprints. Its unique design also makes it look like an alarm, which will definitely, intimidate intruders.

Unlocking Mechanism: This is another area that has been upgraded. The Travelock 2 has a fingerprint unlock mechanism. Once you get it, you can save up to 10 sets of fingerprints that can unlock it. It also has a lock that can be unlocked and relocked by TSA agents with their master key.

It features an advanced fingerprint scanner that can read fingerprints in 360° of orientation and a high-speed CPU that recognizes fingerprints fast and unlocks automatically – as fast as within 0.5 seconds. It doesn’t require a key, password, Bluetooth, or smartphone to work. As long as you’ve set it correctly, it should unlock smoothly. With IP65 water and dust resistance and an operating temperature of -20°C – 55°C, it won’t jam in the rain, cold, or heat and you can use it when enjoying outdoor adventures such as hiking and biking.

Battery Life: The Travelock 2S fingerprint lock is powered by a 260mAh battery that is built into the casing. It takes a long time for the battery to run out of juice and you can recharge it once it does. A single charge powers more than 5000 locking/unlocking sessions or one year of normal use and can last as long as two years on standby mode. Once the battery gets low, the battery low indicator light will flicker, turn red when charging and go off when fully charged. 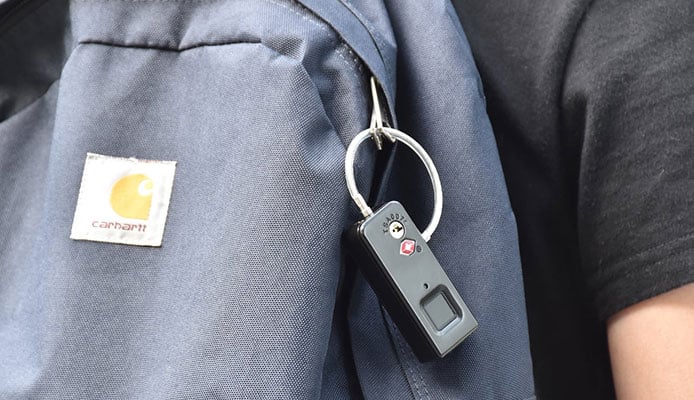 The first Travelock was an amazing concept but it could easily be yanked open just by pulling, wasn’t TSA friendly and sometimes the fingerprint sensor was unresponsive. The company listened to user feedback and have made an awesome fingerprint lock! The Travelock 2 TSA fingerprint lock is the ultimate in ease of use, convenience, and security. It is TSA compliant which makes it the perfect travel luggage lock. It is also versatile and can be used to lock and secure all kinds of things. If you’re concerned about its strength and durability, it is incredibly strong and has been tested to ensure it can’t be easily cut or broken. 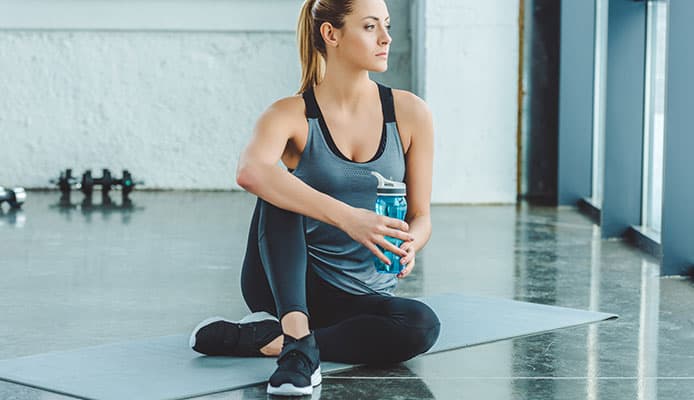 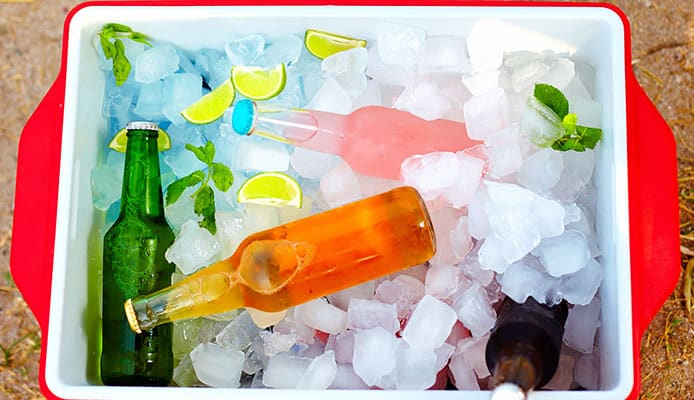 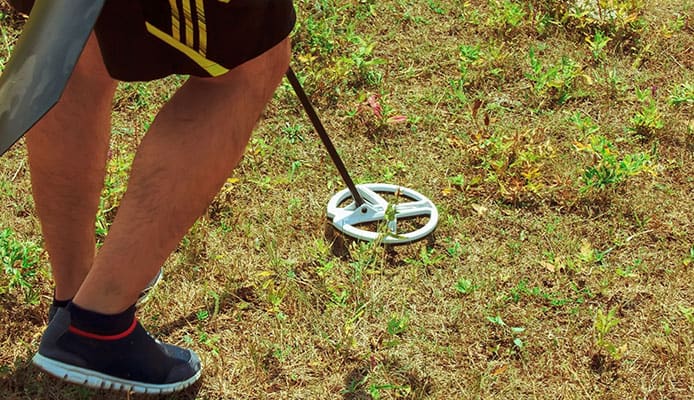