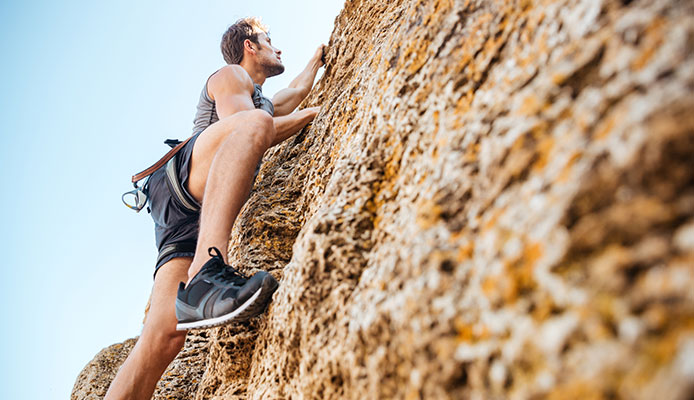 While trad (traditional) climbing and sport climbing are all just about moving yourself up a rock, these are two very different techniques. It’s true, they both will get you up the crag because that’s what climbing is about but that’s where the similarities end.

Climbing is classified into several categories based on the techniques, rock types, gear, and terrain. In this post, we compare trad vs sport climbing, the two major types of free climbing. We will walk you through the major aspects of each concept to help you tell the techniques apart easily.

If you are just getting into rock climbing and trying to distinguish between sport vs trad climbing, the following will get you started.

Trad climbing is the oldest form of climbing and involves carrying all sorts of protective gear up the cliff. You put the gear in rock openings, cracks, and the features around you like trees and boulders to keep yourself safe.

When trad started, there were no bolts or high tech equipment for climbing, hence climbers had to bring anything that could keep them safe during their ascents. These days, you find sophisticated camming devices known as friends or climbing cams, shaped nuts, and all kinds of tools for protection.

Sport climbing was invented long after trad and evolved quickly due to the fast advancement in technology and the growing ambition for climbing. As climbers discovered harder rock climbs, new inventions were made allowing for faster, higher, and safer climbing.

The invention of climbing bolts, in particular, changed the game completely as climbers could place bolts on blank rock faces and scale on surfaces where there were no cracks or rock openings. With the first sport climbers able to place the bolts almost anywhere they liked, they were able to scale even harder without risking their lives as trad climbers did.

Another major difference between trad vs sport climbing is how each one is performed and what each one involves.

Trad climbing is a dangerous endeavor; one requires a good deal of knowledge, training, skill, and endurance. Apart from the gear coming with a high price tag, vast knowledge and practice are required for one to use it right. If a piece of gear is not placed properly, it may not be able to support your weight if you slip or fall.

When you go trad climbing, you follow a line of weakness, seam, or crack in the face of the rock. As the leader moves up, he places a piece of equipment every five to fifteen feet based on the difficulty of the route.

Whenever the leader places a piece of equipment into the crack, he will clip his climbing rope on and continue to climb. Once he gets to the top, the second climber will follow and remove all the gear. That way, no gear is left mounted on the rock and you leave the rock clear for other climbers.

Trad climbing allows you to explore an entirely new world of possibilities. But it is also one of the most dangerous types of climbing. If you wish to get into trad climbing, take classes or find someone who is experienced enough to help you learn the ropes safely.

Unlike trad, when you sport climb, you will find bolts already placed along the route you will be taking. Perhaps the only equipment you will need in your climbing backpack are the clips you will use to hook your rope to the bolts, also called quickdraws.

Since some of the gear (the bolts) is already provided for you, the amount of climbing equipment you need to buy is reduced. You are also guaranteed safety. Provided that the bolts are sturdy enough and in solid shape, sport climbing is a less and a much easier venture to learn. If you are just learning to climb, sport climbing is the safest and most affordable way to start. 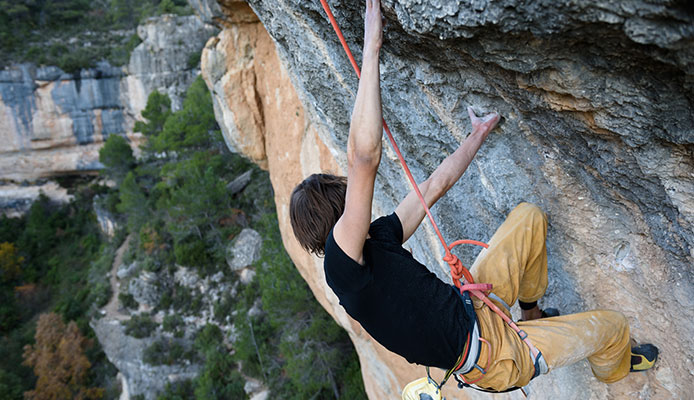 Q: What Does Trad Mean In Climbing?

Trad is short for ‘Traditional’ and is a type of rock climbing whereby the climber places all the equipment required to protect him against falls and removes it once the ascent is complete. It is referred to as trad because it was the first type of lead climbing to ever exist.

Yes, trad climbing is extremely dangerous. But with proper training and patience, trad can be a fairly low risk venture. If you take enough time to perfect the art of placing gear and you only ascend safe and easily protectable routes, then trad climbing can be very safe.

Q: What Is Sport Lead Climbing?

Sport lead climbing is a climbing style in which a climber has his rope connected to a harness and running directly from the belay device. He will clip quickdraws to bolts pre-placed along the route he is using and then hook his rope to the quickdraws.

Q: How Can I Get Better At Trad Climbing?

There are several things you can do to get better at trad climbing. For starters, take up classes with professional instructors or ask a friend who has experience in trad to teach you. Also, finding the best route, practicing clipping and using trad gear, and climbing in the company of experienced climbers can help make you a better climber.

Knowing the difference between sport vs trad climbing helps you understand what each technique is about and which one is right for you. If you are new to rock climbing, then sport climbing would be the safest option to venture into.

Trad climbing is a dangerous endeavor and requires excellent mastery of the art as well as impeccable knowledge of placing and using different trad gear. To become an expert in both trad and sport climbing, however, you need to train with a professional and practice regularly. 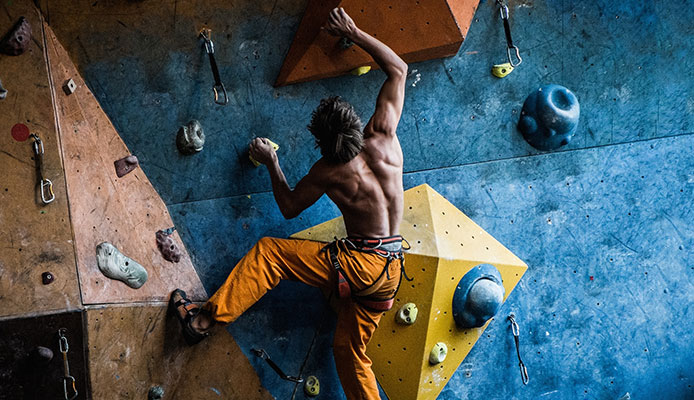 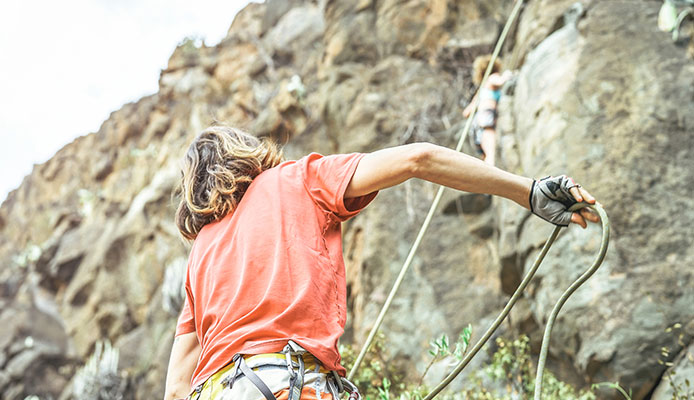 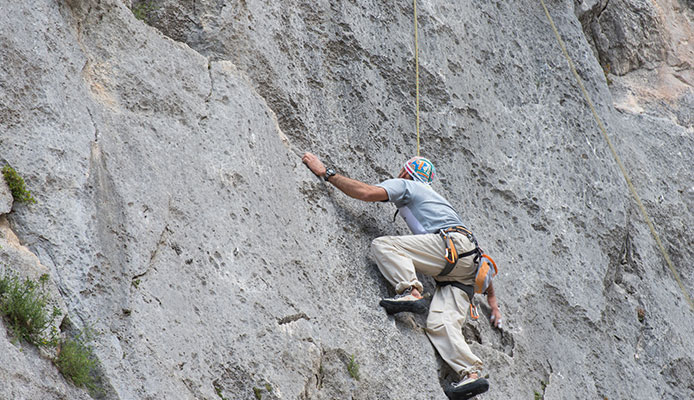