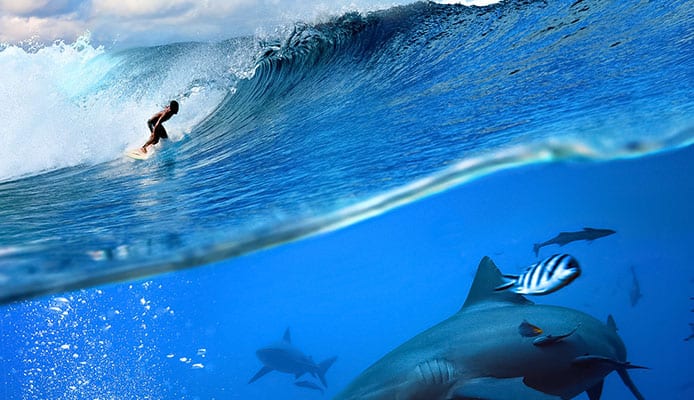 Being at the top of the food chain is a good thing – being in the middle is not so envied. For centuries, humankind has been baffled by creatures that occupy that coveted position, like sharks, lions, bears, and crocodiles. All in the hope that one day, they may learn from their majestic mien.

And for a long time surfers, skin divers, and survivors of shipwrecks find themselves prey to a lot of meat-hunting underdogs of the water, most notably the sharks.

But what is the reality of sharks and surfing? Let’s look at the real-world picture of shark attacks and wave riders.

At ten times the size of the average shark, the great white shark accounts for most shark attacks in the world. According to the Florida Museum of Natural History, it accounts for close to about 35 % of all attacks, within a span of more than three centuries. This beats more than 400 species of sharks in ferocity, and aggressiveness, or to be more exact, beats a tenth of species who are more likely to attack a human being.

Still, only four sharks are a real bother to a great number of surfers. These are the:

However, here are 3 reasons why you may still manage to avoid shark attacks. Read on!

1. Sharks Have A Diversified Diet

Many sharks would rather follow a colony of sea lions, seals, or even the smaller krill, which either have more meat, fatter, or larger in number than surfers who don’t frequent the oceans as other organisms do. The sea lions are closer home to the sharks, seals have a better shark diet, mainly fat, whereas krill and shrimps have a habit of migrating toward the surface when a shark is foraging. Surfers who surf at dusk, dawn, or at night are more likely to suffer the harsher reality of sharks and surfing.

2. Sharks attack humans for self-defense, not for food

Sharks served with a decoy beginner surfboard have been shown to attack it mistaking it for a sea lion. Similarly, most of the bite marks recorded over time from sharks have come from bumps developed for self-defense, as compared to actual bites. This shows that sharks are not necessarily motivated to eat the surfers but to defend themselves in case of an attack.

Many sharks have been filmed underwater even without using a protective cage, as only a few have been involved in an unprovoked attack.

3. You Are Careful Enough 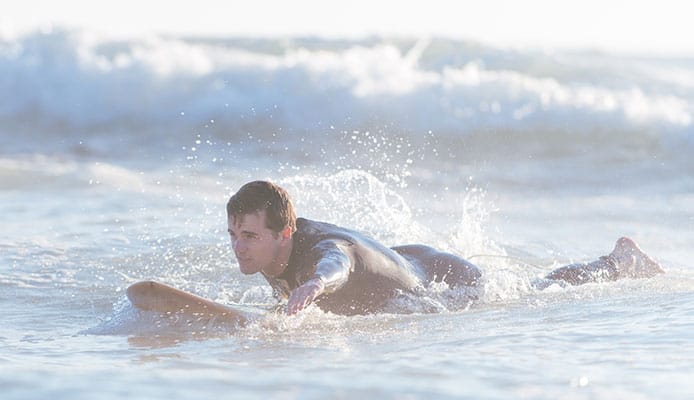 Being wild animals, sharks still have the predator’s instincts. The only trick to avoid shark attacks during a surf is being as careful as possible.

Sharks can mistake the shiny metals on the surfer’s body as scales from fish. They can easily mistake you for prey.

Surfers who intend to strike shark-infested waters need to get prepared for it. Get an emergency response GPS tracker before you take your surfboard from the rack. A simple dive knife that can snug into your wetsuit can help you in the more life-threatening situational encounter of the reality of sharks and surfing.

If you have a basic awareness of their surroundings, you can use their keenness to avoid sharks without a hassle. Checking the movement of shark preys, avoiding surfing after storms, reading signs on the beach for shark warnings, can all help to avoid being in the statistics of shark lunch.

Shark Attack Is Phenomenal, Everyone Gets To Know About It

An attack by the beast of the ocean rings faster to the airwaves than one from a terrestrial animal. This is because the water predators are less known than the more common predators. Any such attack is therefore taken by the grapevines, gets distorted, and knowing the truth can be hard.

Distinguishing the type of shark that is likely to attack you can be difficult unless you have some skills in distinguishing species or have taken the time to tour the area before the surf. Going to underwater photography can help you avoid those shark-infested parts of the waters.

Shark attack on surfers is minimal. But being on your toes when surfing can make your surfing experience less of a worry about shark attacks because the reality of sharks and surfing is not as grisly as it is painted. Nevertheless, a few species can make lethal attacks even when unprovoked and are best avoided by surfers.

If you prepare properly for your surfing adventure and get the proper gear, you can ride the waves in areas prone to sharks and still manage to avoid them. Reading through the guide above and being aware of your environment will help you know their behaviors and enjoy your time in the ocean. 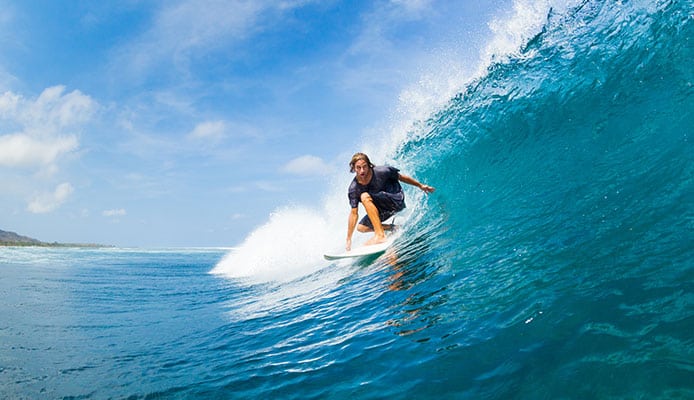 7 Tips On How To Surf In Cold Water 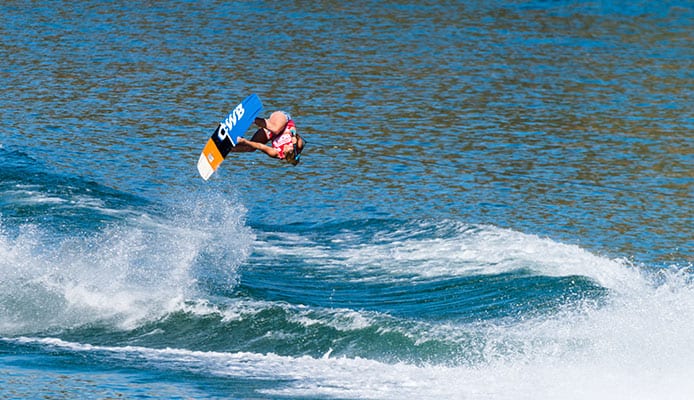 How To Do An Air In Surfing 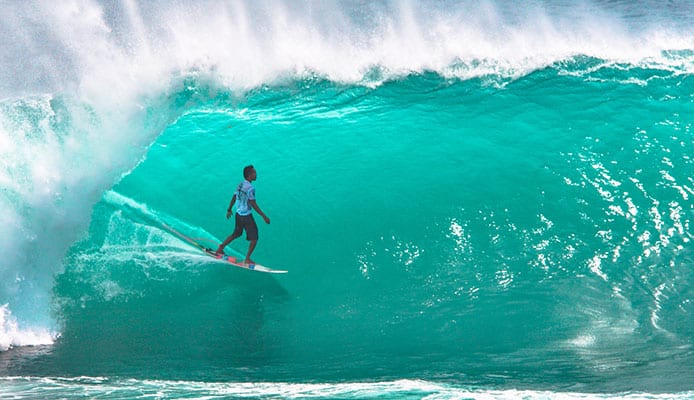 4 Step Guide – How To Do A Surfing Cutback