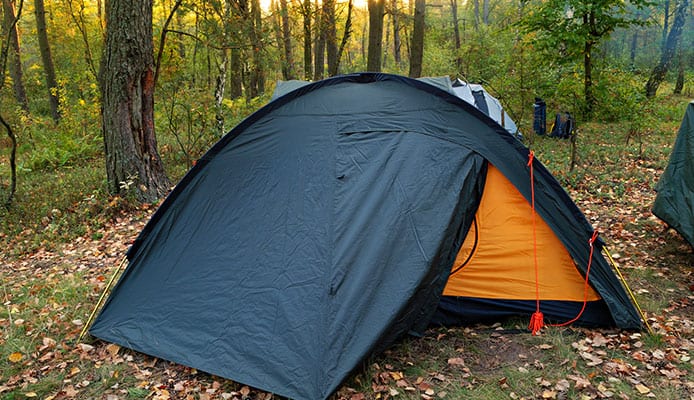 You’ve probably heard about it and you’ve most likely seen it, especially if you’re not a beginner, but there is a possibility you’re not sure or don’t know what is a tent vestibule and what does the tent vestibule serve for.

This article will guide you through this topic and answer the most important questions about the tent vestibules.  So, what are they, what they serve for, how to properly use them, and what to avoid doing there?

What Is A Tent Vestibule

If you look at the tent and you see that thing that looks like a mushroom at the entrance, or you see it along the sides, that’s it. Easily described, it is the “porch” of your tent, a place that could serve as a shelter and a cover before you enter your tent. There is also a chance the vestibule will be inserted into the rainfly, or be a part of the tent wall. Some multi-door tents have one over each door. This also means there are two types of tent vestibules – front vestibules and side vestibules.

Front vestibules are those that cover the front side of a tent. Some tent types have the front vestibules pre-added to their body, so you don’t have to think about it. Others don’t have them pre-built, but they do provide the place to add it, so you could choose whether you’d bring it or not. In case the weather is going to be good, hot and sunny, you probably won’t need it, so it will represent only an unnecessary weight. But if the weather is going to be bad, having a tent vestibule is a great way to protect yourself and your gear from rain.

The downside of this type of vestibule is the fact that, because they can be loaded with gear, it could make entering and getting out of a tent more difficult.

These tent vestibules most often have enough space at the sides so entering and getting out of your tent won’t be problematic. If you have a one-person tent, you could use one side of it as a storage unit while using the other side as the door, but if you plan on going on a camping trip and bringing a two-person tent along, you should look for the tent that has two doors and two vestibules. Don’t worry; these vestibules could at the same time be used as storage units and as a gear storage place.

Do You Really Need It? 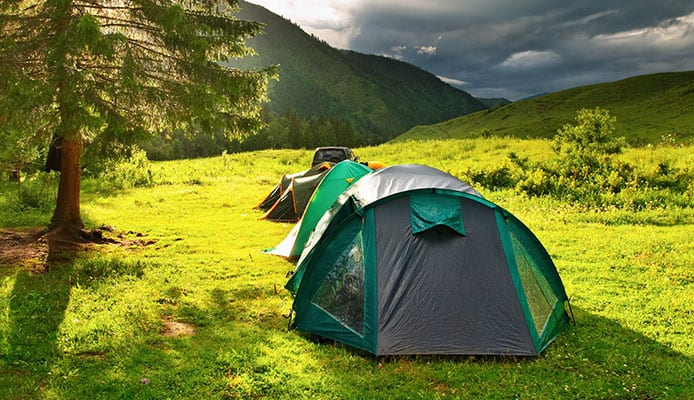 The simplest answer to this question is quite complex – it depends. If you only look at the manufacturers’ behavior and decisions when it comes to adding a tent vestibule, you’ll see that some do pre-built it, but some don’t and they let you choose whether you need it or not, or how willing you are to carry extra weight.

To get the best answer to this question, think about the climate of your country. If you live somewhere where it rains constantly, like the United Kingdom, you’d probably need it for most of your camping trips. And also, if you’re going on a mountain climbing adventure, or even if you’re just going for regular camping for a longer period and you’ll need a place to stash your backpack cooler, your stove, or your kitchen.

On the other hand, if you’re, let’s say, in the United States and you’re going on a camping trip during spring or summer, while it is hot outside, there is a great chance it will only represent an extra weight, which you’d want to avoid, especially if the temperature is extremely high.

As mentioned earlier, some tents don’t have it built-in, but they leave you with the option to add it to your door opening. This also means you’ll need a couple more stakes, maybe even a few more poles, which will not be easy to carry, but it is worth the effort if the weather forecast says it is going to rain hard. This way you’ll have more space for your gear, not to mention the fact that you could join two tents using tunnel-style vestibules with zippers on both sides.

If your tent doesn’t support vestibules or you don’t want to spend money on it, or simply would like to avoid carrying extra weight, use silnylon tarp and pitch it over the tent. It will do the same thing as a vestibule, while it will also provide better ventilation, weight far less, and more flexibility. Or you could place the tarp somewhere away from your tent, to serve as a stand-alone shelter and provide you with a place to cook.

Cooking Inside A Tent Vestibule

Although it is possible, there are a few reasons why most guide books tell you not to do it, and here you’ll read about why you should avoid doing it. The first one is the possibility of a fire. It doesn’t take much effort to put a tent on fire, and losing your “home” while on a trip along with all your gear is not a good way to have fun.

The second reason is a possible carbon monoxide poisoning. While your stove is burning fuel, it releases this unscented gas. In case there is not enough airflow to remove it, you could end up falling into a coma or dying because of it.

The third and somewhat most fun reason is the fact that it could attract wild animals. Although it does sound interesting, it is not a good idea to be woken up with the bear watching you.

That being said, yes, you could cook in your vestibule, but make sure your tent is ventilated properly and has at least two places where the air could flow if possible located on the opposite sides and one being located high, while the other is being located low. And be especially with the location of your stove, because one moment of misjudgment could end up making you run away for your life while watching your tent burn.

Tent vestibules may or may not be required, but it is good to know what they serve and how to behave in them. This way, you’ll know what to do and be fully prepared for your next camping trip before you hit the road. 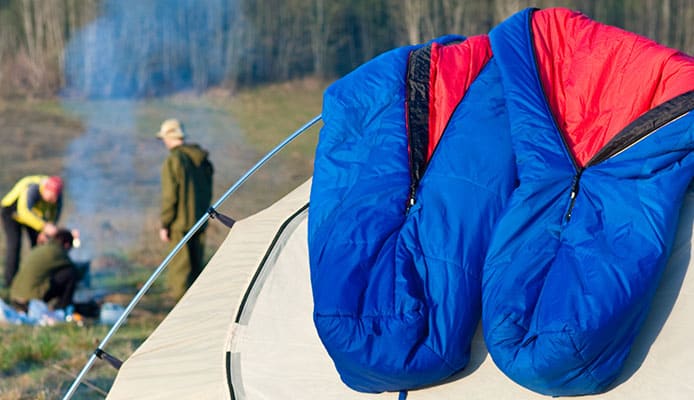 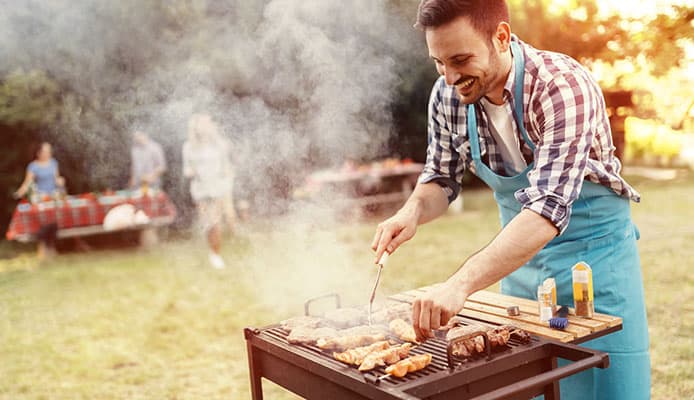 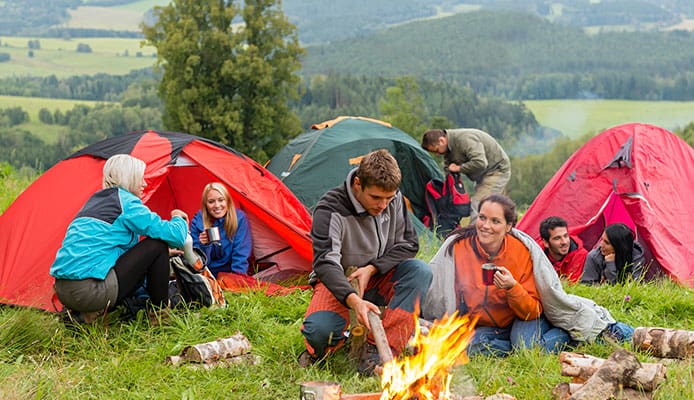