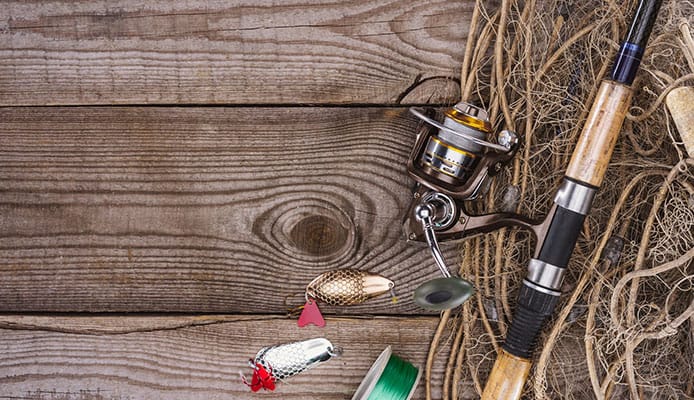 Spinning reels are one of the more popular types and the most commonly used fishing reel around. They are the preferred choice for both serious and casual anglers, and even those who are just learning how to fish (whether for sport or hobby) are often recommended to start practicing with these. Just like other types of fishing gear and equipment, there are also different spinning reel sizes available, each of which is suitable for a particular kind of fishing condition. If you’re wondering what size of spinning reel you should use, or just want to learn more about spinning reels including the parts of a spinning reel, the difference between the front and rear drag spinning reels, and other information regarding this type of reel, this guide should help you do just that.

What Is a Spinning Reel?

Spinning reels are basically designed with a fixed, open-faced spool positioned in line with the rod. The spool is stationary and a rotor or line guide revolves around it. This type of reel is designed to be mounted below the rod, with one hand holding the rod and the other turning the reel’s crank. Most spinning reels are designed for right-handed users, although most models come with the ability to reverse the handle.

When it comes to spinning reels vs. baitcasting reels, the former is much easier to use than the latter. Many anglers of varying levels of expertise prefer to use a spinning reel because of its easy casting ability and simplicity of operation.

Parts of a Spinning Reel

Spinning reels have the following parts and components:

Aside from the brand, make and model of the spinning reel, another thing you need to consider when choosing and buying a spinning reel is the size. This is an important consideration since using the wrong spinning reel size can have devastating effects on the success of your fishing trip.

Types of Spinning Reels According to Size 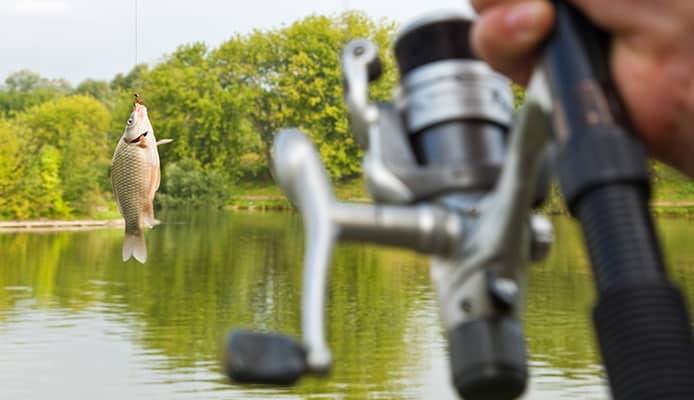 Spinning reels are classified according to their sizes: small, medium, large, and extra-large spinning reels. All these reels are suitable for specific fishing conditions and scenarios, as will be discussed below.

Spinning reels that fall between the ranges 1000 to 3500 belong to the “Small” category. These reels are usually paired with a regular or telescoping spinning rod that is between six to eight feet long. Besides, a fishing line belonging to the class rating of about one to seven kilograms should be used.

These types of spinning reels are the largest of the lot and range from 10000 to 10500. Here, you’re going to need fishing lines that can take up weights of about 10-20 kilograms at the least. You’ll also need a longer and stronger fishing rod to match the size of this reel. In general, fishing rods can be as long as 8-15 feet, but you may want to err on the higher end of the scale depending on your particular fishing requirements.

Aside from being compatible with your spinning rod and fishing line, there are several other things that you need to consider when it comes to choosing which spinning reel size to use.

The great thing about fishing is that you will never run out of destinations to visit. You can go fishing for bluegills in neighboring ponds, carps in lakes, or even mahi-mahi’s out in the open sea. Accordingly, when you go and visit different bodies of water, you need to consider using different spinning reel sizes as this can significantly affect your fishing experience.

On the other hand, if you decide to get on a boat and head out into the open water for some offshore fishing, then you’ll need to bring along a large or an extra-large spinning reel. You’ll also need a spinning reel of the same size when you go rock fishing.

Just keep in mind that the spinning reels belonging in the large and extra-large categories can be quite challenging to cast properly unless you have enough experience and have developed the requisite skills. Thus, you’ll also need to think about your skill levels and ability to properly use super-sized spinning reels before making your final decision.

Spinning reels are perhaps the most versatile types of fishing reels available nowadays, making them a great choice for anglers of various skill levels and suitable for a variety of fishing conditions. Despite the diversity in terms of spinning reel sizes, you shouldn’t feel at all confused about which one to use as long as you keep the above tips in mind. And whichever size, model, or brand you decide to buy, always try to go for the best spinning reel you can afford. No angler has ever regretted spending money on a quality reel. Whether you’re fishing for tiny sunfish or a humongous marlin, you want to be confident that you’re using a spinning reel that is fit for the job. 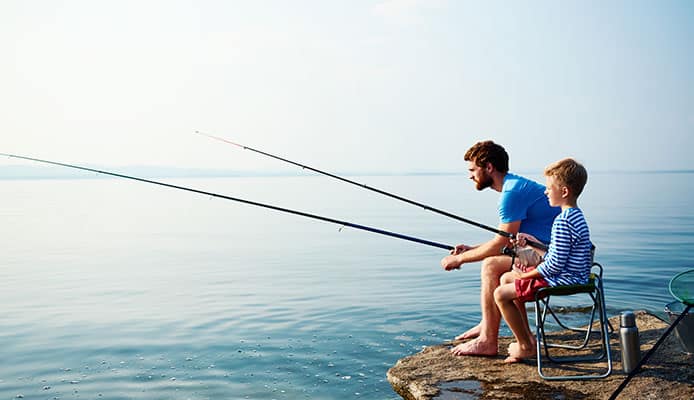 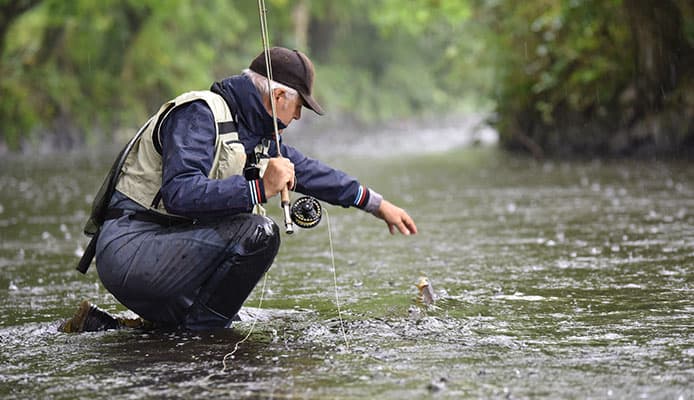 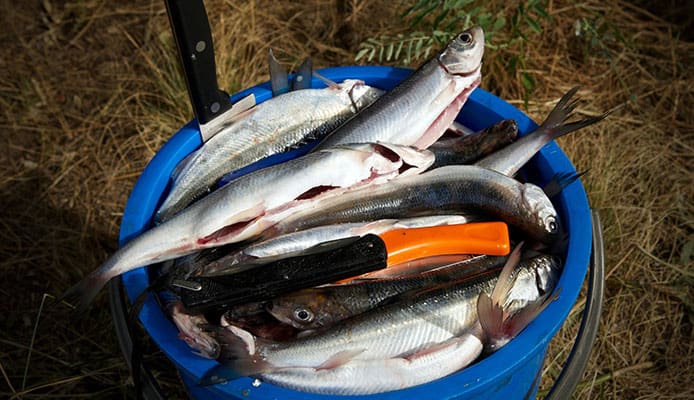