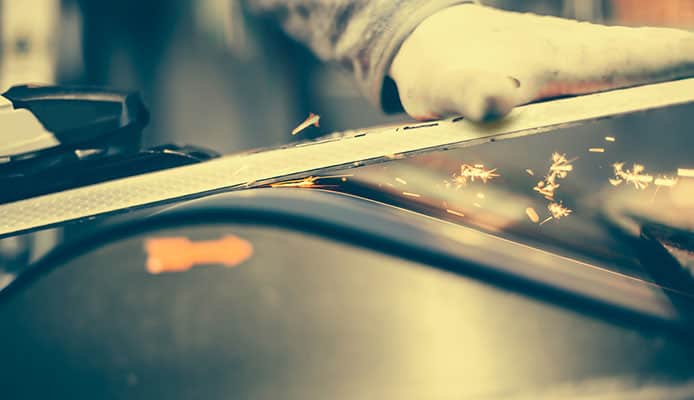 Winter is very much welcome by snow sports enthusiasts, especially snowboarders. The mountain slopes are covered with ice and snow which only means one thing—great fun!

Before you grab your loyal snowboard and head out, it’s important to ensure that you read through the snowboarding tips and tricks guide and that the snowboard is in the best condition for riding and that you perform snowboard tuning.

If you did a few test runs and realized that it feels slower than normal, then odds are there are scratches, chips, and broke edges from last season. If you are going to make the most of your time snowboarding, then you must tune up the snowboard.

The techniques may include hot waxing, repairing the chips, and tuning the edges. This is how to properly tune a snowboard.

After you have fixed your snowboard you can brush up on a few tips on how to snowboard. For now, however, you want to first prepare the snowboard for snowboard tuning. Start by taking out the bindings on the snowboard. Take the board and place it on your workbench. If you don’t have one then you can use a flat hard surface with the bindings placed up.

Then pick a screwdriver with a large head and loosen the 3 or 4 screws. It all depends on the type of model when it comes to the number of screws on your snowboard. You will do this by turning them counterclockwise.

After the bindings are off, the next step is to remove the old wax. You can do this using large plastic scrapers. You will also need to use a light wax remover that you will spray on the bottom of the board.

When using the scraper, ensure that it runs parallel to the snowboard. To perform the actual scrapping, tilt the scraper at a 45-degree angle, apply pressure, and then pull it towards you. This will allow it to take out the larger bits of wax or even smash them flat against the boards.

It will also result in a somewhat smooth board. Never scrape the snowboard horizontally. The right way to scrape and do snowboard tune-up is from nose to tailor from tail to nose.

Having the right gear when snowboarding is essential. The best snowboard goggles, for example, offer optimum protection to the eyes.

This is the part where you make your edges sharp. You will need a good file for the task.  Start by using the edge of the tool to sharpen the edges of the snowboard. Again, ensure you are not moving back and forth but from nose to tail.

Also, use a 45-degree angle when pressing the file and by using the flat line, file away from you. Never file in an up and down motion. Instead, file in a single direction. How sharp you want to make your board will come down to your style of riding. If you are a freestyle rider you will want to use a rounded edge. This will prevent you from catching the rails and boxes.

Take a paper towel and clean the bottom of the board. It will help take out the debris that accumulated when you were filing the edges. This will interfere with the waxing process if it is left on the board so it is important to wipe it off during snowboard tune-up. 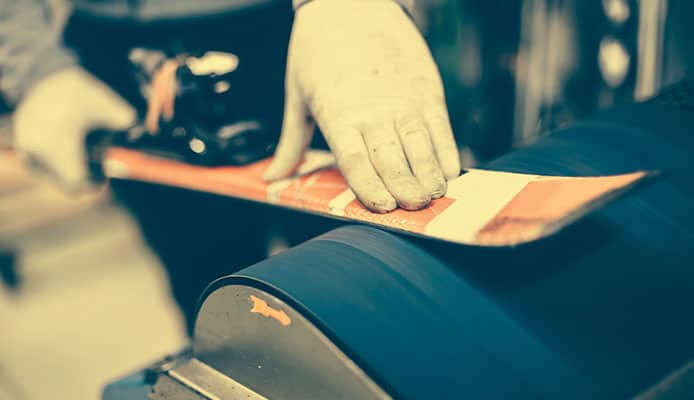 Next, take the waxing iron and plug it into a power source. Allow it time to get hot enough such that it melts the wax, however not too hot such that it smokes.

Take a puck of wax and place it on the iron such that it starts to melt. Ensure that the wax is dripping on the snowboard and that you spread it throughout the Base of the board. You can start by dripping it onto the perimeter and then zigzag all through the base of the board.

It’s important to learn how to wax snowboards before doing this process.

Once you are confident that you have applied a decent amount, then take the waxing iron and even out the wax over the entire base of the wax. As you do so, move the iron from the back and from the back to the front.

When waxing during snowboard tuning, moving the iron from side to side will consume time and will only cause you to scrape later.

If you have deep gouges in the snowboard base then you will need to use wax sticks. Take a light and light one end of the wax stick and let it burn out the carbon. Then aim it into the gauge and let it fit.  be careful not to overuse. You should only use enough that fits into the gauge.

If you were to use more than necessary then this would cause more work of scraping later on. Let it cool off and then pick your scraper. Repeat the second step and get a relatively smooth surface.

Give the wax time to cool off when doing your snowboard tune-up. This should be around 30 minutes or you could just let it reach room temperature. The pores are also going to have enough time to absorb the wax and this will provide you with much better results.  Letting it cool and become hard will also make the scrapping process much easier.

Note that there are different snowboard types and the right one for you will depend on your style of riding.

Scraping off the wax

Here you are going to repeat the process of scraping. You will take the scraper and scrape out the board such as all the wax has been removed.  When you stroke, make sure you use continuous long moves from head to tail. Shorter strokes make the marks uneven.

Lastly, pick the brush and use it on the bottom of the bar. This will perform a finer scrape while pushing the excess wax on the pores resulting in a smooth finish.

Tuning the snowboard ensures a smooth and fast ride and will also help maintain it in the best condition. Any damage on top of the snowboard can also be fixed. 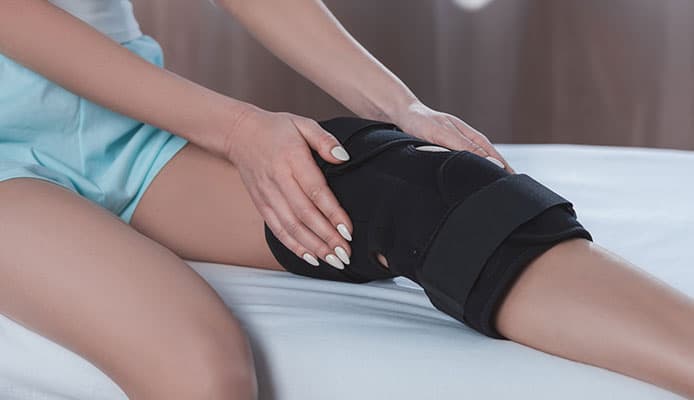 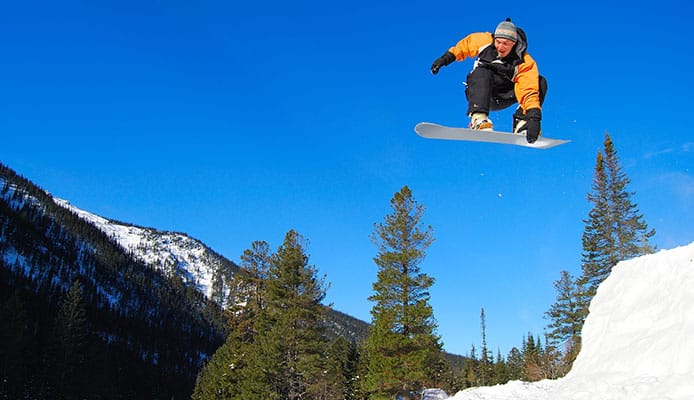 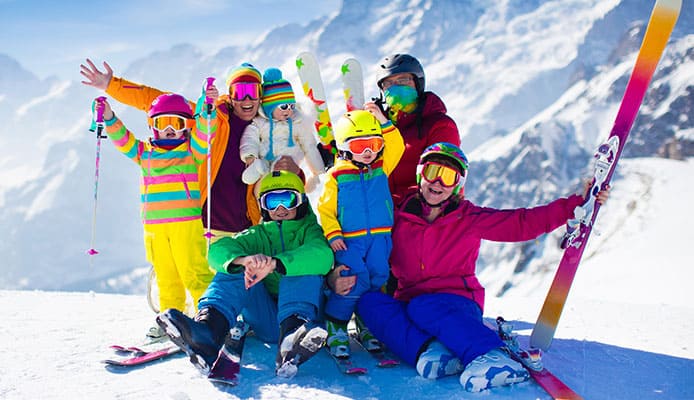 20 Best Gifts For Skiers And Snowboarders In 2022