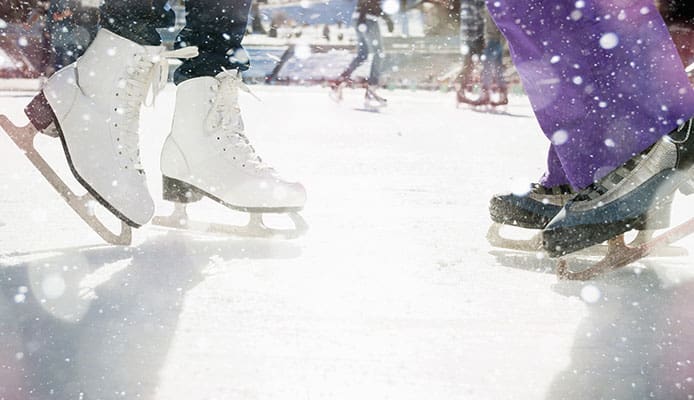 There may be obvious differences between skiing and skating. 3However, for many people who have previous experience with ice skating, and are just now getting into skiing, a question that will often cross their mind is whether their skating experience will allow them to learn how to ski faster.

Take a look at a list of all types of skiing to pick one that best suits you.

Yes! Ice skating helps you learn how to ski faster. This is because your already well-honed edge control and a more tuned balance reflex allows you to gain control on the skis much quicker than someone who has never done ice skating before. Also, you already know how to dig the edges which makes it easier to learn how to perform the skiing hockey stop as well as the parallel turn.

One of the most common moves on both skating and skiing is the hockey stop. This is where you turn a complete 90 degrees to come to a complete stop.

When skating, the edges are much sharper on the skates and this allows you to turn and stop quicker. The move is similar when skiing only this time since you’re on snow which is a much softer surface than ice. You will, therefore, take a few seconds longer to stop.

You can easily perform the move on cross country skis as well.

The most important thing, however, is that you are already conversant with the moves and it will not be a struggle to perform the hockey stop on ice. Skiing and skating may not be so different after all.

That said, just because you have previous experience with the hockey stop doesn’t mean that you should go straight into performing it on your skis. Instead, start by learning the basics of skiing and performing the wedge turn and the snowplow turn.

Then, when you can do these tuns with ease, you can move on to the hockey stop.

Common problems of transitioning from skates to skis

When moving onto skiing, the first thing you will notice is that they are huge compared to skates. What’s more, is that the skis plus the ski boots are a lot heavier than the skates.

While skating, you will lift your thighs and do a crossover to change direction. However, when it comes to the skis, you will not need to lift the feet off the ground. By shifting your weight, you can make adjustments to the skis. Moving the skis on their edges will help you make turns.

This is one main difference between skating and skiing. That said, learning how to skate ski will also take less time. Make sure, however, that you know how to choose skate skiing gear.

There is always the temptation to perform a cross over. However, in skiing, this will certainly cause you to entangle yourself. With practice, however, you can get over this feeling.

Note that it is not only skaters that will experience this feeling of wanting to lift the skis off the ground. New skiers also get it owing to the normal walking movement. Practice will help you transition into skiing and make the correct moves.

Keep in mind that slight adjustments in weight will be transferred throughout the length of the ski and will cause a significant turn compared to skating.

Do not get sucked under by the false confidence of having previous skating history. This may cause you to think that it is okay for you to take on the red slopes without practicing how to ski first.

Make sure that you practice first and even ten go for the color trail that you can easily ski on before progressing to more steep slopes.

Remember that skiing on steep slopes is not the same as skating on flat ice.

How much time would it take to learn to ski with an ice skating background? 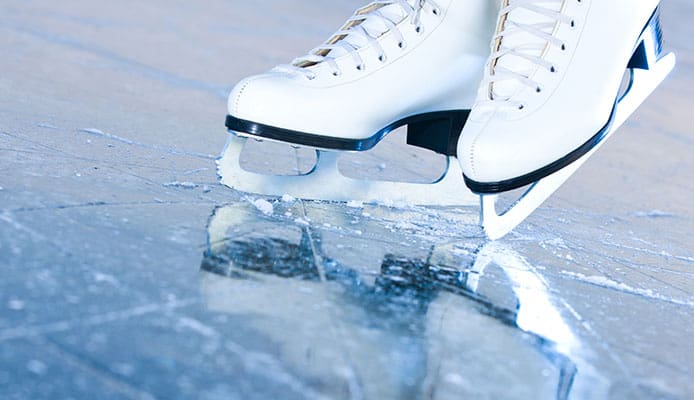 No doubt having a previous ice-skating experience will make it easier for you to learn how to ski.

But just how much less time would it take to learn how to ski? Estimates are around 30% less. This is a lot of time when you consider the total time that someone without any background experience would take.

Also, consider it can take a new skier between 15 and 20 days to master the hockey stop. For someone with a skating background, this comes down to 10 days.

Skating involves a lot of parallel turns and because of the experience and greater balance control, it will also take considerably less time to learn how to parallel turn when skiing.

Everyone has a weak side as well as a more dominant side. It is easier to learn how to parallel turn on the dominant side than it is on the other side. However, as you do more practice, you will perfect turning on both sides.

While you practice, always ensure that you are well insulated using any of the 10 best base layers for skiing.

Confidence is perhaps the major factor distinguishing skaters and non-skaters. This plays a huge role in skiing and skating. Skaters are aware that if they perform the turns in the right way and using proper technique then it will most definitely work.

Non-skaters on the other hand, however, are a bit timid and will thus take longer to progress into making the turns. It will take a longer time to develop self-confidence.

Moving onto skiing from ice skating makes learning a lot easier. Learning some of the main moves such as the parallel turn and the hockey stop takes less time. This is mainly thanks to the fact that people with ice skating experience have greater confidence than someone who has no previous skating experience. 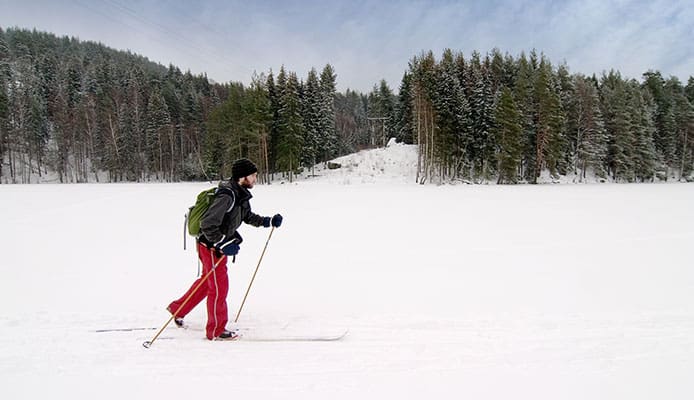 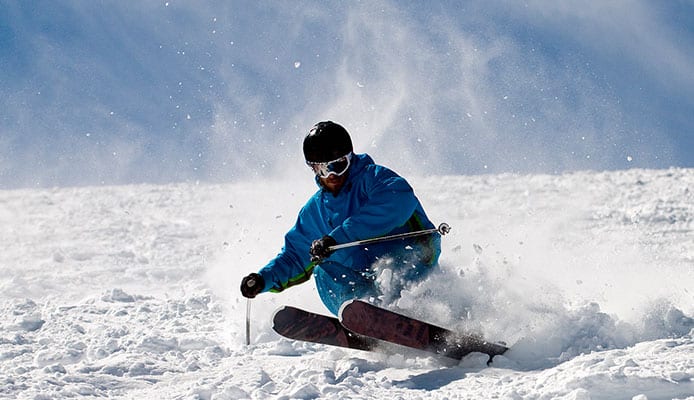