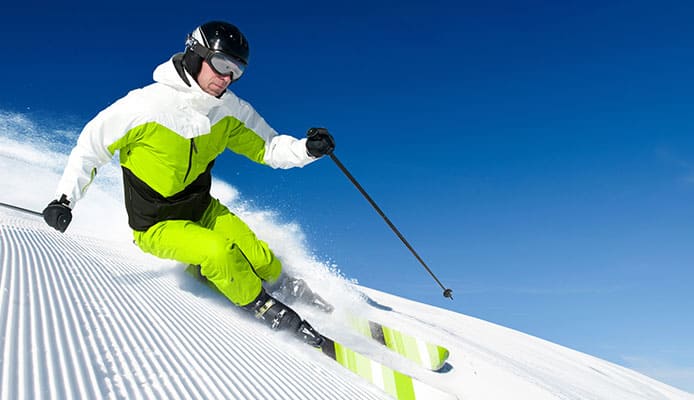 When buying a ski today, you will be hard-pressed to locate a ski that does not feature the rocker technology. Originally, the ski rocker was used to improve the performance of powder skis. Over the years, the rocker has evolved to produce numerous refinements capable of fine-tuning a wide range of skis.

If you are getting started with skiing, you may not know what rocker skis are. In this article, we will focus on helping you understand the ski rocker.

What Does the Term Ski Rocker Mean?

To understand what the ski camber is, you will need to picture a traditional ski lying on a hard, flat surface, with its base down. Traditional skis will make contact with the ground surface in the tail and tip sections. The center of the ski will be arched upwards. This built-in arch is what we are calling the ski camber.

The 2 contact points usually correlate to the widest parts of the shovel tail and tip. The section that exists between the 2 points is essentially the effective edge of the ski. The effective edge generally plays a key role when it comes to making turns – it is the length of the edge in contact with the snow when you decide to carve through a turn.

As a reference point, the traditional race skis feature a significant camber. If after wearing your ski jacket you intend to race on hard snow, ski camber may help. It could help you track well and initiate fast turns.

When you weigh a ski featuring a significant camber to initiate a turn, the forces will distribute along the entire effective edge. Much of the edge pressure you apply will get transferred out to the shovel and tail. This will offer better stability, improved edge grip, and precision on icy and hard surfaces.

If you press the ski tip into the snow when drawing into the turn, the effect is generally accelerated on the ski featuring camber, especially in moguls, where the camber shape maintains contact with the downhill face of every bump. Taken together, the longer effective edge will hold a cleaner carved arc and also offer a snappy transition into the next turn.

Ski Camber has several pros. The major pros include:

The cons associated with the ski camber include:

Now that you already know what the ski camber is, understanding ski rocker should be much easier for you. The rocker skis were introduced back in 2002. Back then, anyone who wanted to use rocker skis had to invest in the Volant Spatula developed by Shane McConkey. Shane first came up with the rocker idea.

The concept behind the rocker skis was simple enough. The idea was to create a downhill ski that mimics the water ski attributes. This would help the skier skim over a surface with minimal chances of snagging an edge. The rocker skis were thought to be ideal for powder skiing when they were first developed.

Basically, the rocker is the opposite of camber. For this reason, it is often referred to as negative camber or reverses camber.

To determine whether your ski features a rocker, before you pack it together with the ski boot bag, lay it on a flat surface. The middle part of the ski will touch the surface. Both ends of the ski will arch upwards, away from the snow.

What Are the Benefits of Using Rocker Skis? 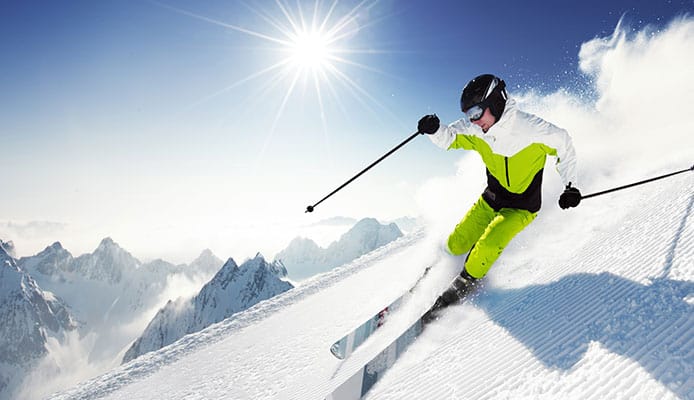 When compared to the skis featuring camber, the rocker skis have some interesting benefits. If you intend to use a rocker ski after wearing everything you need when skiing, you should expect the following benefits:

With a ski rocker, the tips will float up in crud and powder. The feeling will be smooth. Similar to when you surf, waterski, or wakeboard, the ski rocker will help you remain buoyant on top of the snow.

On rocker skis, the tip will sit up higher out of the snow. This will help you avoid the face plants over the nose. You will have the ability to maintain a balanced riding stance. This saves you energy and also improves the reaction time.

The rocker aids with bringing the tail and tip up and off the snow, shortening the contact length of the ski edges. This makes the rides more maneuverable and nimbler.

The skier can pivot without catching any edges. You can slash the snow, slide sideways to scrub speed, and even perform butter and smear turns. This increased mobility works perfectly when you are in tight chutes and trees.

Rocker skis are generally pre-pressed. This makes riding the presses in the park much easier. The less catchy nature of the rocker skis allows the skiers to initiate their spins early. It also offers you a greater ability to recover from under-span airs and off-axis landings.

Similar to the camber, ski rocker has some cons. The cons include:

Over the years, ski manufacturers have realized that combining both camber and rocker can make winter camping trips featuring skiing more enjoyable. Nowadays, it is possible to find skis featuring rocker on the trail alone, on the trip alone, on both the tip and the tail, and the whole ski length. In this section, we will take a deeper look at the camber with the tip rocker and camber with the tail rocker.

These types of skis will feature a rocker on their tip and the camber in the middle. The tip section of the ski will rise off the ground.

The tip rocker can go a long way in helping you explore the snow more easily. Below, we have both the cons and pros to expect if you decide to use a ski featuring a tip rocker.

The tail section of the ski will rise off the ground, close to the binding, on tail rocker skis. This generally reduces the effective edge and increases the length of the tail that does not make contact with the snow. The ski will feel softer.

Benefits of the Tail Rocker Skis

Limitations of the Tail Rocker Skis

These are not very common. Identifying one, however, is pretty easy. If you lay the ski on a flat surface, there will be no space between the table and the base of the ski.

Completely flat technology is more common with expert and beginner snowboards than with the skis.  On skis, you may find an almost flat underfoot featuring a rocker in the tip or on the tail.

In the majority of skis, camber is a good thing. It generally helps when you are skiing at high speeds, traversing across the slopes, and skiing on icy or firm slopes. Since having an effective edge is important, most skis will feature tip rocker. The tip rocker generally makes the ski more versatile.

While the ski rocker and camber do affect how the ski performs, you have to understand that other factors, including geometry, stiffness, materials, and flex pattern are crucial. Before buying a ski, you should consider every important factor. 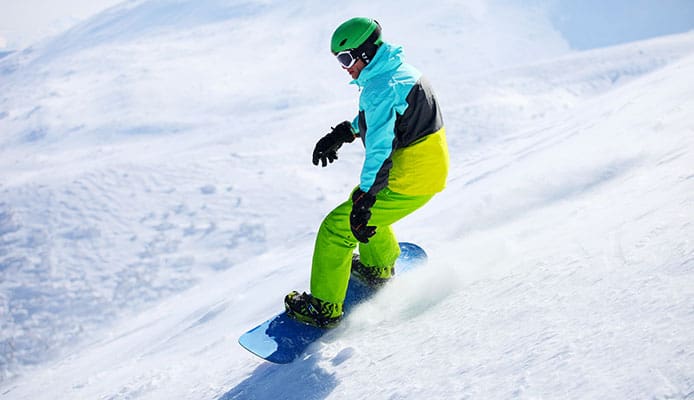 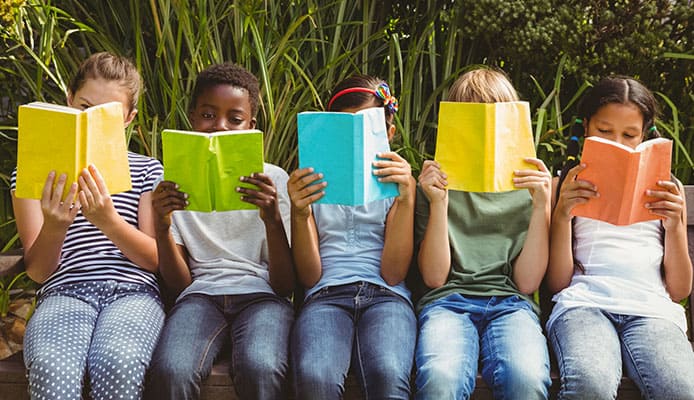 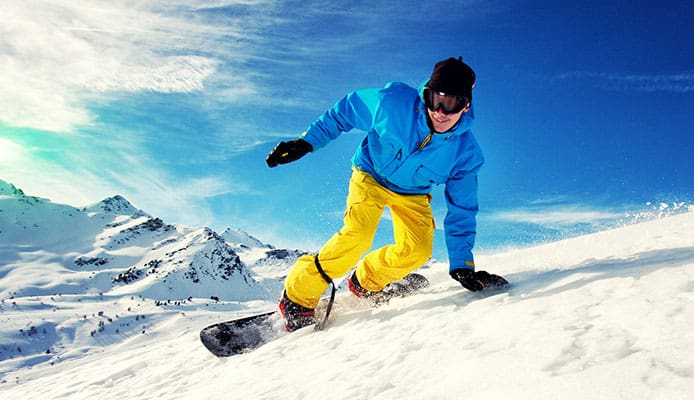