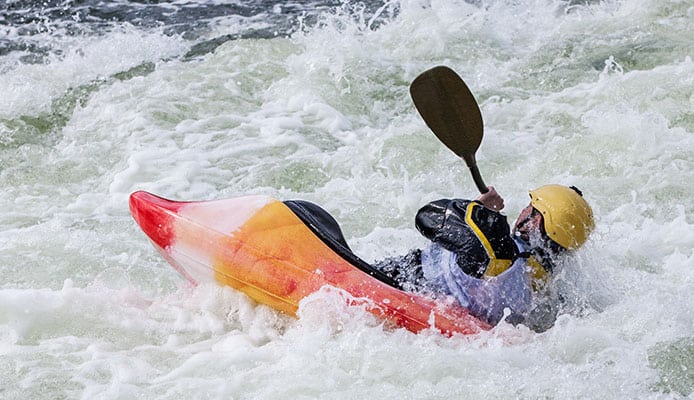 Whitewater kayaking is a pretty exciting sport. There’s nothing like the thrill of paddling in raging waters, avoiding crashing onto rocks and boulders, or doing the Eskimo roll after your kayak after flipping over. Depending on the classification of the rapid you’re paddling on you’ll see a variety of amazing river water features, some of which can be really cool while others can pose problems for even the most seasoned kayaker riding in the best kayaks available. Two of the most common water flows or river water features you’ll see when you go whitewater kayaking are river eddy and river whirlpool. But what exactly are eddies and whirlpools, are they really dangerous, and what do you do when you encounter either or both of them?

What Is an Eddy?

Eddies refer to water currents that move upstream and typically form behind an obstruction (e.g. surface rocks). As the main current flows around the obstruction, some water backs up to fill up space directly behind it. When this happens, it creates a flow of circulating water patterns, first going downstream, then traveling upstream, and finally joining the main current to flow downstream again. Because of the circulating pattern, the water at the edge of an eddy moves faster than the water in the middle of it. Sometimes, the water in the middle of an eddy can be very stable and even looks calm and still.

Eddies are generally safe and pose no immediate danger to kayakers. In fact, many kayakers consider eddies to be a perfect place to park their whitewater or crossover kayaks and take a break before continuing downstream. Many of them make a game out of these eddies, trying to “catch” (slip in and out of) as many eddies as they can along their kayaking route. Aside from that, many kayakers stop at eddies to scout the river and check for any obstacles ahead.

As mentioned earlier, eddies are generally safe (this does not mean though that you can forget about wearing your kayaking helmet). However, you’ll still want to be able to do an eddy turn, an important river running skill that all whitewater kayakers need to learn and eventually master. With this skill under your belt, you should be able to work your way downstream in small, rapid paces by hopping from one eddy to the next. Doing this (along with keeping an eye on what lies ahead) will allow you to navigate even unfamiliar waters safely.

What is a Whirlpool?

Whirlpools refer to the action of water where it flows in a downward, spiral pattern. From above, it looks like swirling water that is formed above your sink or tub’s drain when you remove the stopper; underwater, whirlpools pretty much look like a tornado. Whirlpools are created when two opposing currents meet or collide and form wherever there is moving water like rivers, streams, and even oceans.

Although encountering a whirlpool may seem exciting, you’ll still want to avoid them as much as possible. Small whirlpools may provide an entertaining side trip, but bigger ones like those found in more challenging whitewater rapid classifications can be strong enough to suck both person and kayak.

Finding yourself in a whirlpool may sound scary, but many seasoned paddlers (particularly those who have experience and knowledge of rough water kayaking techniques) actually intentionally go into whirlpools not just for the thrill of it but also because the swirling motion of the water allows them to do a “slingshot” maneuver which allows for a quick speed boost.

In fact, being able to do this maneuver is something worth learning since you won’t always be able to avoid whirlpools all the time. In this maneuver, you’ll have to paddle your whitewater kayak into the side of the whirlpool and avoid getting stuck in the middle. By doing so, you can use the helical flow of the whirlpool to propel yourself back into the main current.

River water features like a river eddy or river whirlpool can both be fun and problematic at the same time. However, many of the issues are usually attached so such water patterns can be easily minimized by learning essential paddling skills and practicing different on-water techniques. Also, being aware of the hazards that are present along your paddling route and wearing appropriate kayaking whitewater kayaking gear like a kayaking life jacket, helmets, and others can help you conquer eddies and whirlpools safely. 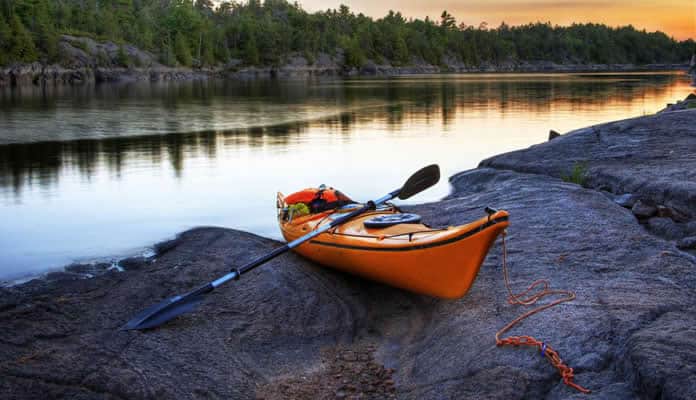 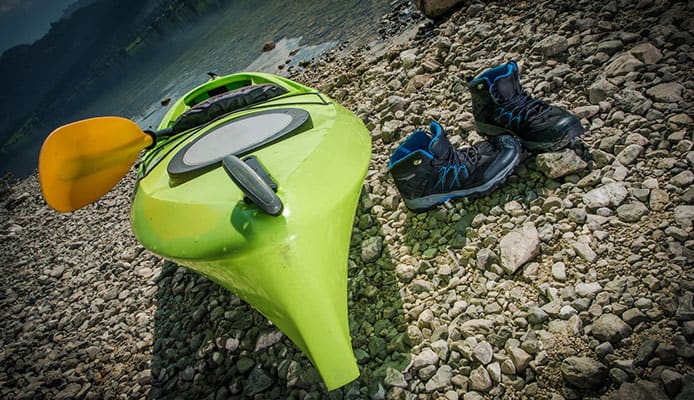 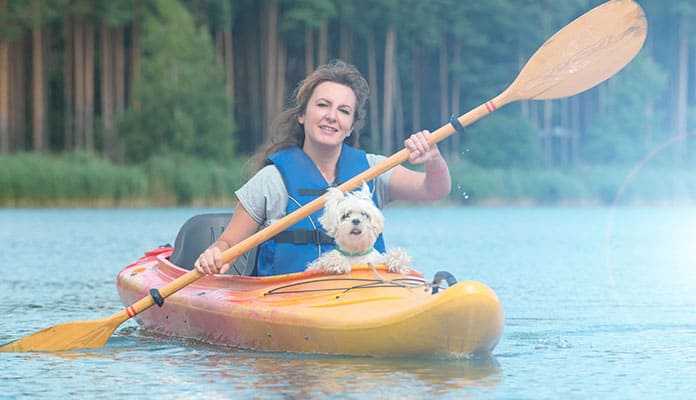