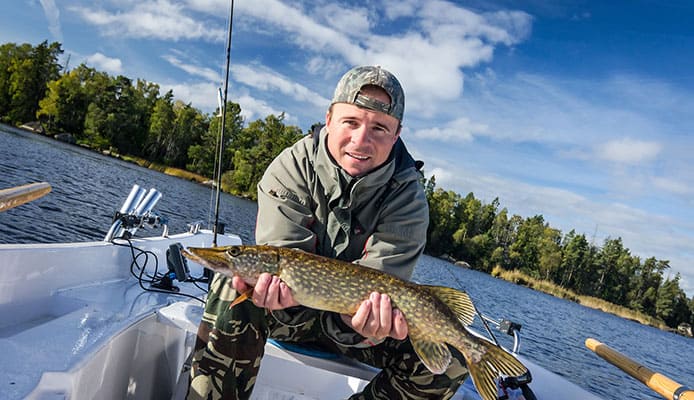 There are days and seasons when pikes don’t put up much of a fight, and with some skill, you should be able to land a small- to medium-sized pike with ease. At other times though they can be extremely hard fighters, testing you and your fishing rig’s limits and giving you one of the most exciting fishing experiences worth sharing. This predatory, freshwater fish has an insatiable appetite, and as such can grow to be one of the largest fish in the river or lake. Because of its size, the pike is definitely a worthy addition to your Instagram collection, trophy wall, and even your dinner plate. If these reasons got you interested in Pike fishing, here’s a quick guide on how to catch pike and the fishing gear and equipment you’ll need to successfully bag this prized fish.

Where to Fish for Pike

One key to a productive and successful fishing adventure is finding the right fishing spot. About their habitat, pike can mostly be found in clear, freshwater including tumultuous rocky rivers to sluggish waters like streams and lakes. They are especially fond of hiding in areas with a lot of vegetation, between rocks, near submerged trees or shrubs. Remember, pikes are predatory and cannibalistic and these locations provide them with the necessary cover they need to surprise unknowing prey. Also, take note of places that have shoreline structure such as submerged logs, fallen trees, and undercut banks as these areas typically hold high numbers of baitfish and other prey. If you can find the bait, you’re most likely to find the pike.

Once pikes reach a certain size though, they begin to roam slowly and move to deeper waters, and cover wider territories. Needless to say, if you’re looking for those large and trophy-sized pikes, then you’ll have to move towards the deeper parts of the river of the lake. Note that you can still find large pikes in shallow waters with plenty of vegetation since large pikes often travel there to feed on the smaller ones.

If you feel overwhelmed by the vast space you need to comb to find a pike (as is the case when you’re fishing in a large lake), then you’ll want to bring along with you a reliable fish finder. This little gadget will be your eyes underwater and ultimately help you land that pike you came for.

When using a fish finder for pike fishing you’ll want to look for features like a  marginal shelf, any sudden depth changes, drop-offs into deep water, weed beds, underwater structures like stream beds, reefs, or plateaus.  Afterward, check for the presence of baitfish in and around these areas. Remember, pikes are tenacious hunters and ravenous eaters so you’re more likely to find them in areas heavy with baitfish than in places that are not.

Go to any shop and you’ll see immediately the wide array of rods and reels available for pike fishing. Although having a lot of options is great, it can sometimes lead to confusion and can complicate the decision-making process. That said, here are three important factors to consider when looking for a rod for your pike fishing adventure.

You’ll always want to match your reel with your rod, so if you’re using a bait caster, then naturally you’ll need a baitcasting reel. When using such reels, choose one that can hold a heavier line. On the other hand, if you’re using a spinning reel, a medium-sized reel will often do. Regardless of which reel you choose, always make sure that the reel has a good drag system that allows for a smooth release of the line throughout the range of the reel.

As mentioned earlier, pikes are voracious eaters and will literally eat anything that moves. That said, you may be inclined to think that any live bait or lure will attract a pike’s attention, and that may true to some degree. However, some baits and lures for pikes simply work better than others, and to improve your chances of landing that prized pike you’ll want to make use of the most effective baits and lures available.

Live baits like worms, minnows, and frogs work extremely well since they are a staple in a pike’s diet. However, if you don’t like handling these slimy and slippery creatures, then using a replica lure will do just fine.

Many anglers prefer using crankbaits with several treble hooks when fishing for pike. When fishing for pike in deep waters, a deep diver is generally recommended whereas a jointed floater is preferred in shallow waters. Big spoons also work well in pike fishing, especially in deep waters and off shorelines. The stainless, shiny side of the spoon reflects sunlight and is great at catching a pike’s attention.

Unfortunately, regular fishing lines don’t work well when going against pike. There are numerous stories of anglers who were able to hook a gargantuan pike, only to have their line snap as they pull it towards the boat. That said, it pays to invest in good quality and resilient braid line. These fishing lines virtually have no stretch, enhanced sensitivity, and will hold up in rocky or vegetation-dense areas.

Perhaps you’re not used to using fishing nets when fishing for trout or bass, but if you’re going after pikes, then you’ll definitely want to have a fishing net in your boat. Pikes, especially the large ones, can be a real fighter and will squirm and thrash around a lot. This can be a dangerous situation considering their gnashing, razor-sharp teeth, and whipping tail (not to mention the lure in their mouth which can come out flying at any given moment).

If you’re fishing with a friend, be sure to ask them to help you in landing large pikes. Have your friend ready with the net to scoop up the pike when it comes near enough. But even if you don’t have a fishing buddy to help you out, you should still be able to bag that fish with good coordination and a long-handled net. To make landing a pike easier, be sure to play with the fish long enough to tire it out. Then, when you bring it beside your boat, be prepared with your rod in one hand and net in the other.

Did we already mention that pikes are predatory fish with really sharp teeth and an attitude to go with them? Well, it bears worth repeating so that you don’t go putting your finger inside its mouth to remove your hook. If you aren’t careful, those teeth will cut your hand so bad that it will continue to bleed for a very long time.

That said, always bring a pair of pliers and jaw spreaders (or forceps) in your tackle box. Jaw spreaders are perfect for slipping between a pike’s jaws or up through its gill covers to open its mouth. You can then use the pliers to remove hooks embedded in the pike’s jaw or mouth.

Many beginning pike anglers and even some veterans still get cuts and graze from landing an unhooking a pike. As mentioned earlier, those cuts can be deep and certainly won’t heal quickly. To keep you from bleeding all over your fishing gear and boat, be sure to have a first aid kit with a few plasters, rubbing alcohol, and bandages or gauze pads.

Pike fishing is an enjoyable pastime, and because of its large size, it can be pretty rewarding as well. However, they aren’t easy to land and so you’ll want to have a few basic knowledge about how to catch a pike as well as the right fishing gear before you head out to the water. Armed with these and a little bit of luck, you’re bound to land the pike that you’ll be proud to put up in your trophy wall or the middle of the dinner table. 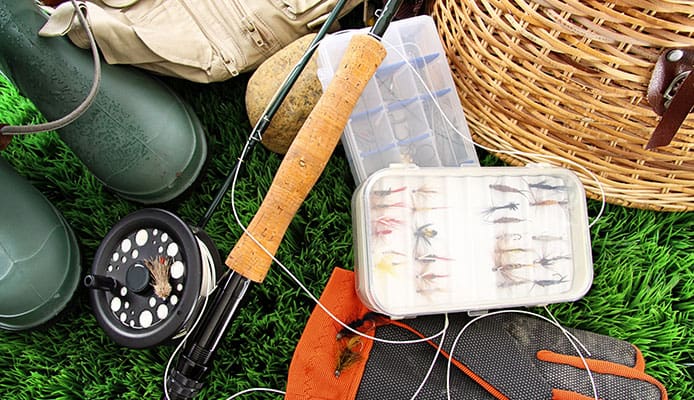 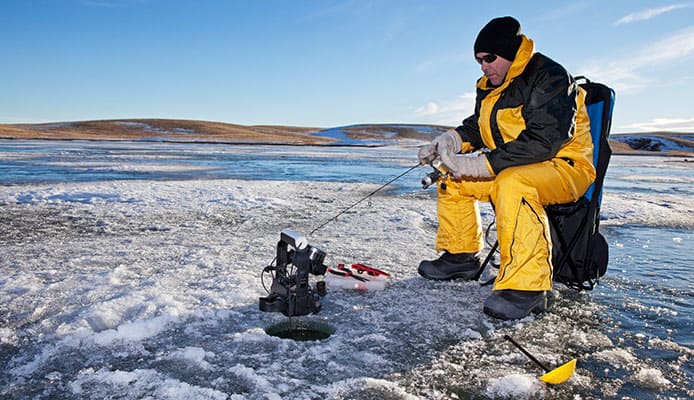 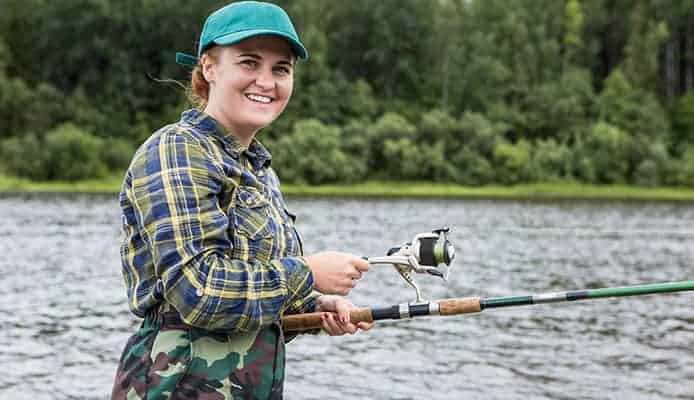 7 Best Flipping And Pitching Rods In 2022