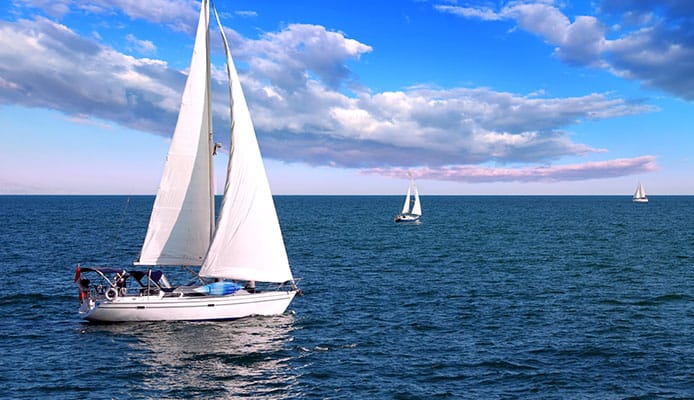 If you are just getting started with sailing, you may not be familiar with sailing terminology or the parts of a sailboat. Knowing the parts of a sailboat is a good idea considering that most sailing lessons will often refer to the terms. Also, it can aid with communication whenever you decide to wear your best sailing gloves and head out to the sea.

While modern sailing boats may differ, the basic sailboat parts and terminology remains the same. In this article, we will be looking at the common parts of a sailboat. If you are already familiar with boating safety and looking forward to your next sailing trip, read on to know the terms to use when communicating with your crew.

1. The Mast and the Boom

The mast is simply a pole that is placed vertically on the sailboat. It is used to support the sails. The mast is generally lightweight. You can easily raise it by hand.

The boom is a horizontal pole that attaches to the sailboat’s mast. Its main purpose is to extend the mainsail foot. Both the mast and boom play a key role in harnessing the sailboat’s main power, which is the wind.

2. The Mainsail and the Headsail

To ensure that the mainsail acts as a vertical wing, the boom has to be rotated horizontally from the mast. If the wing shape is correctly presented to the wind direction, it creates high and low pressures on both sides of the sail. This has the effect of sucking the sailboat forward. Finding the right angle of the mainsail to the wind will result in maximum power.

The headsail can either be a jib, a Genoa, or a spinnaker. Each of these headsails is ideal for different purposes, depending on wind direction about the sailing direction.

The Genoa and the jib help harness the wind power. However, they also help increase the wind speed across the mainsail when the boat is sailing across or towards the direction of the wind. When tacking the sailboat, the jib does have the effect of steering its bow. The spinnaker is more common on racing yachts.

After sailing, the sails are supposed to be removed. When you decide you would like to wear your best sailing shoes and head to the sea again, you can re-install the sails.

On the different types of boats used for sailing, the last step is generally a stainless steel mounting piece. It is usually affixed to the boat. In most sailboat models, a pin that emerges from both sides of the mast fits into a slot available on the mast step.

After stepping the mast, it has to be secured using shrouds and stays. The shrouds and stays simply refer to the wires which help ensure that the mast stays upright. The front wire is generally referred to as the forestay.

If after wearing your best sailing shorts and pants you intend to sail on a small boat, you should expect to find the rudder mounted on the hull’s stern. The rudder is a long and thin blade that hangs vertically from a set of hinges. The set of hinges may vary among different boats.

To give you an example, if you intend to steer your sailboat to the right, all you will have to do is pull the tiller to the right-hand side of your boat. This will cause the rudder to alter its direction.

The tiller is a long metal arm that extends from the rudder’s top into the cockpit. In some sailboats, the tiller is made using wood.

If you are sailing close to the wind, you may have to move your bodyweight far out to the side to ensure that the boat is balanced. This is referred to as hiking out. The tiller extension makes hiking out possible. 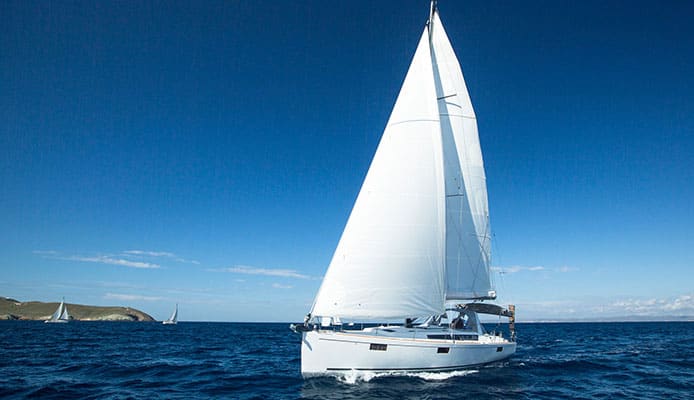 These sailboat parts make things much easier for the sailor when he/she is installing the sails. The Halyards are simply lines that pull the sails up the sailboat’s mast. Most small boats will have two sails – the mainsail and the jib. For this reason, small boats have 2 halyards. Each halyard helps pull up each sail’s top corner (head).

A fitting is available at the end of the halyard. The fitting, often referred to as the shackle, helps attach the sail to the line. The line runs up to a pulley (usually referred to as the block by sailors) at the masthead and then comes down alongside the sailboat’s mast. To hoist the sail up, all you will need to do is pull down on the end of the halyard.

Once the sail is pulled up, the halyard is supposed to be tied tightly to the mast cleat. For this, you can use a cleat hitch.

The mainsheet is another key part of the running rigging. On most sailboats, the line runs between the sailboats boom and a fixed point on the cabin top of the cockpit. If the line is let out, it allows the mainsail and the boom to swing farther out from your boat’s centerline.

Moving the sails in or out, referred to as trimming the sails, is required when you are sailing at different angles to the wind. Trimming the sails, similar to using a sailboat winch to raise the sail, will help you improve your sailboat’s performance.

If you have decided to invest in a larger sailboat, you shouldn’t look for the mainsheet mount on the cabin top of the cockpit. On larger boats, the mainsheet mounts from the boom to the traveler. Similar to being able to charge your devices using the sailboat’s solar panel while navigating the sea, the traveler makes your life much easier. It allows you to move the attachment from side to side to achieve a better sail shape.

A clam cleat is available where the boat’s mainsheet exits the block and tackle. The purpose of the cleat is to ensure that the mainsheet stays in place after you adjust it.

9. The Jibsheet and Cleat

After putting the jib sail on the forestay, a sheet is often run from the sail’s aft corner on all sides of the mast back to the cockpit. The jib sheets make it possible for you to trim the jib when out sailing.

Both the cam cleat and the jib sheet are among the parts of a sailboat which go hand in hand. Each jib sheet on a sailboat is led back through the cam cleat. The cam cleat is responsible for ensuring the line stays in place. The clam cleat jaws are built in a way that only allows the line to be pulled backward but not slip forward.

Whenever you grab your best sailing sunglasses, you are probably looking forward to an easy time while navigating the ocean. The centerboard is one of the parts of a sailboat that make your navigation easier. It helps ensure that the sailboat does not capsize. It does this by providing resistance to ensure that the wind does not blow your sailboat sideways.

The centerboard is simply a long and thin blade that is mounted on a pivot point on one end. If you happen to let the centerboard’s control line out, the sailboat part will swing down into the water. On smaller boats, the centerboard can swing up to a depth of approximately 3 feet.

The centerboard is aerodynamically designed to ensure that it causes as little drag as possible. It slices cleanly through the seawater as the sailboat moves forward.

While the clam cleat may not be as strong as the cleat used with the jib sheet and the mainsheet, the clam cleat is capable of doing its job. This is made possible by the fact that the force available on the centerboard line is much less.

The hull is one of the simplest parts of a sailboat. Even if you are getting to understand the top sailing tips for beginners, you probably already know what the hell is.

Numerous sailboats are available. While they may differ in appearance, most sailboats will have the same basic parts. This article helps you understand all the basic parts of a sailboat. 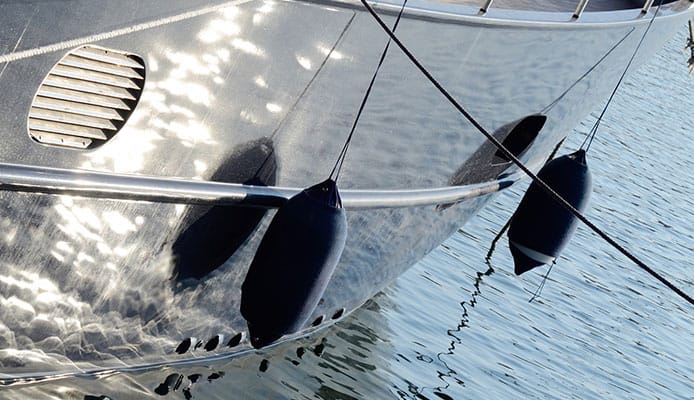 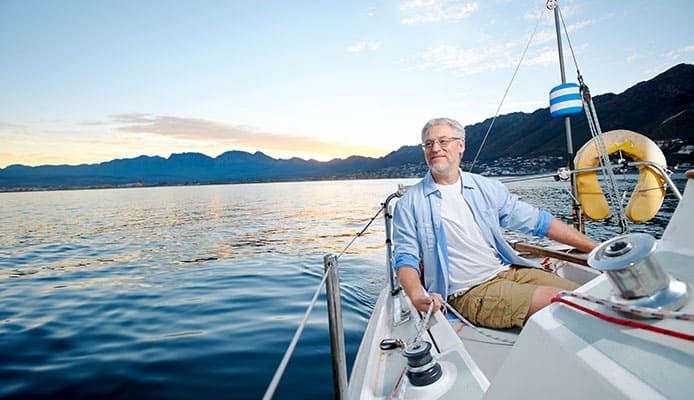 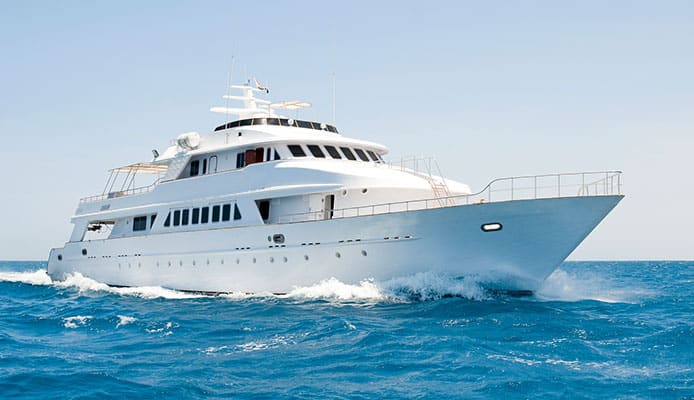