GPS dead? Map completely drenched by the day’s downpour? Don’t know how to use a compass? Panic not! Even in the ancient days, campers never knew things like GPS, compasses, or maps and they still managed to find their way through the darkness. They navigated by stars and loved it.

And just like these campers, you too can find your direction at night by looking at the stars. All you need is a little training and you will transform the sky into your personal map, just like our ancestors did.

Navigation by stars is an important skill that every camper should add to their arsenal. It’s a simple way to find the bearing of your surroundings at night and get to your destination safely.

How Does it Work?

Many campers perceive navigation by stars as dark science that requires one to master complex math formulas. Well, there is some truth in that because it took the brains of prominent mathematicians to come up with perfect techniques that campers can use to fix their positions in the woods and also mariners to get their bearings on the open wild waters.

However, using stars to navigate today doesn’t need you to be an expert in mathematics. In fact, as long as you know how to add and subtract, you are fine. And actually, you may even not need that if you have a computer.

To understand how celestial navigation works, let’s break down the most crucial concept – the positioning of heavenly bodies.

Everything we see in the sky is positioned vertically above a specific point on the earth’s surface. Now, imagine if someone drew a straight line from the center of the earth to a certain star and you happen to be standing right where that line passes through the earth’s surface; you will see the star directly above you.

If the earth doesn’t rotate at all, the stars would seem stationary in the sky, which would of course mean that their geographical positions are fixed. Navigating through these would be easy peasy, as all you need to do is look for a star whose position is closest to where you want to go and then walk, paddle, fly, or whatever until that specific star is directly overhead.

Unfortunately, the earth actually turns, and using stationary stars cannot work. However, there are two points on the surface of the earth that do remain still about the heavenly bodies and sky right above the – North Pole and the South Pole.

Luckily, there is one prominent star near the North Pole, whose geographical position has been used to guide thousands of campers and mariners over the years. Some people call it the Polaris, Pole Star, or North Star; we simply call it a lifesaver because it has saved millions of lives of people whose navigation equipment was ruined by bad weather or just didn’t know how to use it to find their way in the dark.

If you look up the sky keenly at night in the northern hemisphere, you will notice that the stars somehow seem to revolve around the North Star, while itself remains still.

When using navigation by stars with Polaris as your reference star, the trick is to keep checking its height. If the height increases, know you are getting closer to the North Pole, and if it is decreasing, it is obvious that you are traveling away from it.

How To Use Stars To Navigate 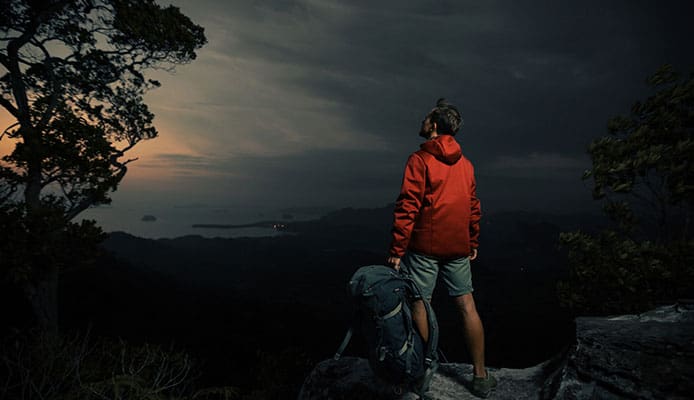 58 stars can help you with directions at night. But for you to find all of these stars, you will need to familiarize yourself with at least 38 different constellations.

Now, knowing even five constellations is hard enough and that’s why explorers have come up with a cheat code – learn to spot the Orion, Cassiopeia, Ursa Major, and Minor, and you will be fine. Also, know how to spot the Big Dipper and Little Dipper.

Orion is a belt of three stars and an easy one to spot. The top left Betelgeuse and bottom-right Rigel are the brightest of the three. Orion is unique in that it can be used to locate several other constellations in the sky. It is best viewed in January. However, where it is located in the sky depends on what season it is. In the northern hemisphere, Orion is clearly visible in spring and winter, late at night in fall, and before sunrise in summer.

Cassiopeia is a distinctive “W” shaped constellation best viewed in November. It is formed by 5 bright stars and is mostly recognized in fall and early winter.

The Ursa Major is characterized by the 7 stars of the Big Dipper and is always visible. Most campers and mariners use this constellation to locate the North Pole.

Ursa Minor, also referred to as the Little Dipper is known to contain the North Star. It looks like a baby bear with a long tail and can be differentiated from the Ursa Major by size and curvature of the tail.

As we mentioned earlier, the Polaris can help you know how far you are to the North Pole. And even though it is clearly visible, sometimes, it can be difficult to identify it from the rest of the stars especially if you are not sure what it is you are looking for. In such a case, use pointer stars from other constellations like Dubhe and Merak. These two are found on the Big Dipper’s edge. Following them will point you in the direction of the Polaris.

To find the Polaris, make a line using the two stars located at the edge of the Big Dipper and extend it into the sky. The North Star will be located at about 5 to 6 times the distance between these two stars.

Once you have found the Polaris, find the angle between its geographical position and northern horizon. You can use a sextant or quadrant to get an accurate figure. The angle displayed in either of these two tool’s curved section is equivalent to the latitude north of the equator.

But don’t worry if you don’t have a sextant or quadrant with you. Navigation by stars doesn’t have to be complicated and the angle you are looking for can be approximated even by the use of a fist. All you got to do is extend your right-hand fist to the horizon and place the left-hand fist over it. Keep stacking your fists hand over hand until you reach the Polaris. The angle measure of an extended fist is usually 10 degrees so a few stacks will give you the angle between the North Star and the northern horizon.

Just like the North Pole, there is a star that can guide you into finding the South Pole. This star is commonly known as the Sigma Octantis but contrary to the Polaris, this one is too dim, so there is nothing much you can do with it.

Your best bet would be to look for a brighter constellation and luckily, there is the Southern Cross that has been used for navigation for many years. The Southern Cross is characterized by 4 stars resembling the ends of a cross. In fact, this constellation is so prominent that some countries like New Zealand and Australia have depicted it on their flags.

To find south, draw a line extending from the long axis of the Southern Cross. Check the line you have just drawn and the point that is 4½ times the length of the longer axis is directly above south.  If you want to be more accurate, find two pointers to the constellation crux and draw a straight line through them. Next, draw a line making a right angle from the center of that and expand it such that it intersects with the line previously extended from the Southern Cross. The point where these two meets are right above the south.

4. Using A Star’s Position For Navigation

Drive two poles into the ground, approximately 90 cm apart. Pick any star in the sky but make sure it is bright enough for clear visibility. Align your star with the top points of the poles and wait until the star changes its position concerning the poles.

If you can be able to locate a constellation instead of a single star for this exercise, the better and the more finding direction will get easier for you because you will be looking at a group of stars, which is much easier to deal with than a single star.

If you find planting poles daunting, there is always another way – move like a star (literally). See, as the sun, the stars move from east to west. If you can track how they move across the sky, you can easily determine which direction you are facing.

You can look at Orion’s belt, for instance, to get more precise results. Mintaka, the star located on the right side of the belt rises near the true east and sets near the true west. Orion and other options like this will help you know where you are facing without too much hassle.

Nothing is frustrating than spending an hour or so trying to find your way home only to find out later that you have forgotten everything. To save yourself this trouble, make sure you have a way to remember your directions or at least one.

If this is your first time camping or exploring the waters and you are using any of the methods mentioned above to find your way, the easiest and fastest way to not get lost is to have something that reminds you of the bearing. Get sticks or rocks or draw an arrow on the ground pointing north, south, or any other direction that is easier for you to remember.

Make sure that only people in your crew know about your little secret to reducing the risk of your directions being tampered with. Otherwise, you will be forced to do everything from scratch again, and maybe the weather will not be too good to give you a clear view of the sky.

Navigation by stars has been used for millennia by people who love having their adventures at night. It is fun, and as you can see, it is not at all intimidating. As long as you understand how the earth rotates on its axis and know how to find the North Star, everything else will be a cakewalk.

However, it is not advisable to rely on stars alone for navigation because out there in the wild there are so many things that could go wrong. One major problem associated with this method is the weather – you can’t use stars to navigate if the sky isn’t clear. Therefore, always have a compass or GPS handy. That way, even if the weather gets ugly, you will still be able to find your way back home. 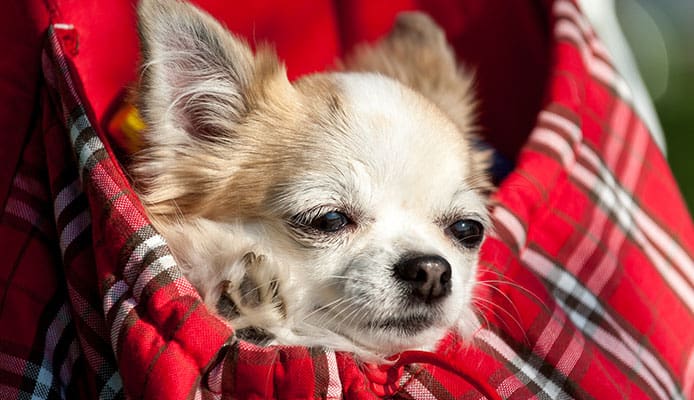 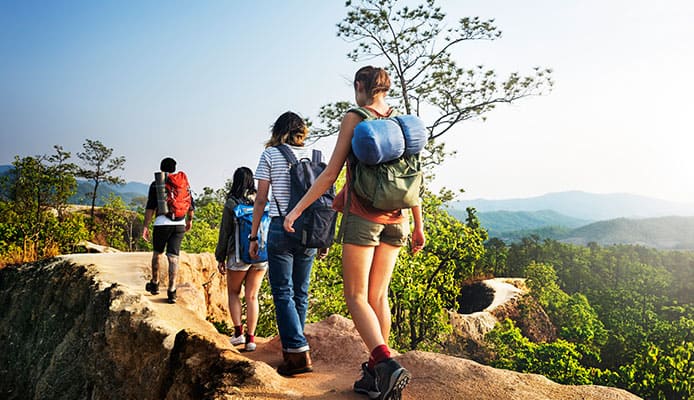 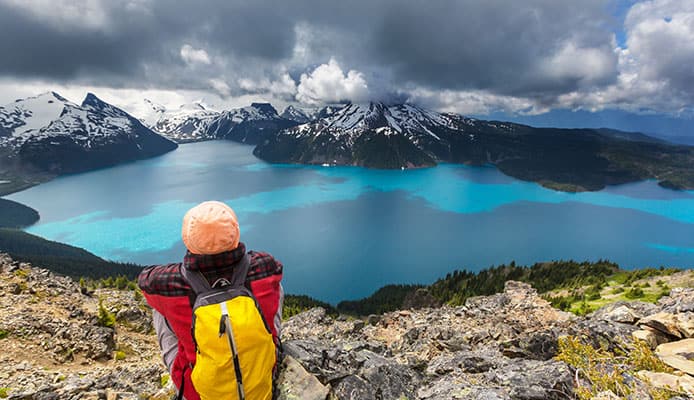