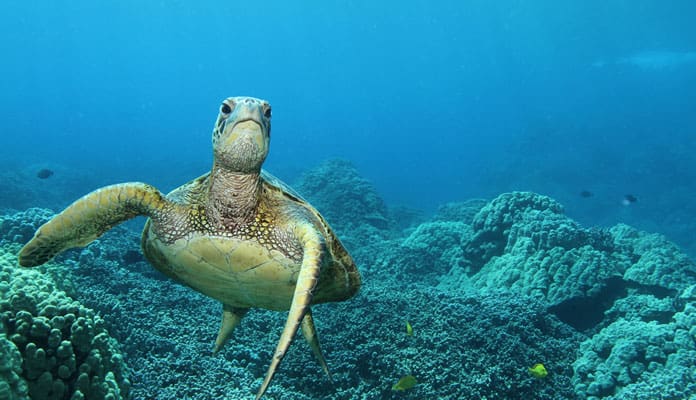 Every traveler knows that once that travel bug gets you, you are always left with a serious case of wanderlust. You may consider yourself well-traveled but with around 71% of the world’s surface covered by water, how much have you explored? Believe it or not, there are more than shipwrecks and coral reefs sitting below the ocean’s surface. While you have likely heard of the lost city of Atlantis that is yet to be discovered, that is not the only underwater city to explore.

Earthquakes and floods have landed many impressive and intricate cities below the surface of the ocean. These ancient cities have been blowing scuba tourists away for some time now with their contemporary designs. Trade your walking shoes in for scuba fins and prepare to swim through these long lost streets.

With many of these cities only discovered in recent years, this is an area of the world only a few have ever traveled to but should certainly be added to your bucket list. Some of these cities have been impressive and significant archaeological finds while others remain mysterious in origin. These are the sights and explorations you are bound to remember for the rest of your life.

The Most Beautiful Underwater Cities

This sunken city has topped the charts for precious archeological finds in recent history. Cleopatra’s Alexandria is an ancient Egyptian city that was lost for some 1,600 years. Tales of the city’s existence began seeming like a mere legend that is until 1998. This year a team of marine archaeologists stumbled across these ancient ruins in one of the greatest finds in many years. Impressively, they discovered vast monuments that still stand strong underwater despite the extensive time passing.

It was discovered that this city was taken to the sea due to a massive earthquake. With more discovery, historians have discovered a fair amount of the city still standing including the foundations of a palace that is said to have belonged to Cleopatra. This is in addition to many columns, sphinxes, statues, and temples. Some everyday items still sit here such as coins and stone monuments as well.

A series of earthquakes also sunk this historical city in roughly 1,000 BC. This famous site is the oldest underwater city the world knows. This site is considered a complete ruin which means that it has a complete town plan. Verifying that this town is man-made with plans including streets, tombs, and impressive architecture.

Lying only slightly below the surface, this city is comprised of around 15 structures submerged a mere 10-13 feet underwater. With dated artifacts and extensive exploration, we consider this underwater town a must add to your bucket list.

3. The Pyramids of Yonaguni-Jima, Japan

This underwater structure still holds much debate amongst experts who cannot definitively determine its origin. Living off the coast of Japan, it is undetermined if this underworld world is man-made or is a natural structure. While there is plenty of evidence suggesting that this structure is of natural occurrence there are intricate details such as triangular shapes and terraced stones that cause doubt.

In many cases, it appears much too complex to be a natural occurrence. If this structure was man-made its massive 250-foot size must have been constructed during the last ice age at roughly 10,000 BC. Regardless of whether it was man-made or is natural, this structure lures scuba divers from all over the world to examine its impressive size and beauty.

In 2000 divers discovered yet another forgotten underwater city, this time off the coast of India. At the depth of 131 feet below the surface, these stunning ancient ruins should be at the top of your list. It was previously thought the ancient city of Lord Krishna was a mere myth but this discovery has allowed historians to think again. This old Indian tale speaks of Lord Krishna’s magnificent city which consisted of 70,000 palaces made of pure gold, silver, and other precious metals. It continues to say that following the Lord’s death, the city of Dwarka sank into the sea.

Experts studying this recent find have been blown away by how geometric these ruins are. Many artifacts from this site have been recovered by experts which have been dated as far back as 7500 BC. This discovery makes Dwarka one of the seven oldest cities in India. Forgotten no more, this is a truly beautiful dive site.

Rather than a natural disaster taking this city underwater, Lion City was intentionally flooded in the 1950s to create a dam. A true marvel, it is said that this sunken city is the most spectacular in the world. Built-in roughly 25-200 BC this city is as large as roughly 62 football fields. Found between 85 and 131 feet below the surface this city lies beneath the surface of Thousand Island Lake in China.

This sunken city is nothing short of spectacular with decorative sculptures found throughout the whole city. A site said to be as beautiful as the lost city of Alexandria.

The warm crystal clear waters of Jamaica allow you to feel in a true paradise. However, this was not always known as a haven. Just off the coast of Jamaica, you will find the sunken city of Port Royal a land that once was referred to as the most wicked and sinful city in the world. This sunken city was once a lively party city that was home to many pirates. This city was of the largest in the New World and thus was home to not only pirates but also wealthy plantation owners.

A city that never sleeps, Port Royal was famous for alcohol, prostitutes, and raging parties. An earthquake in 1692 devastated this city killing roughly 2,000 people in its wake. In the early 20th century the city completely sunk underwater sitting roughly 40 feet below the surface with lots of areas now covered by sand. Experts have recovered many priceless artifacts from the site making it a true ocean gem.