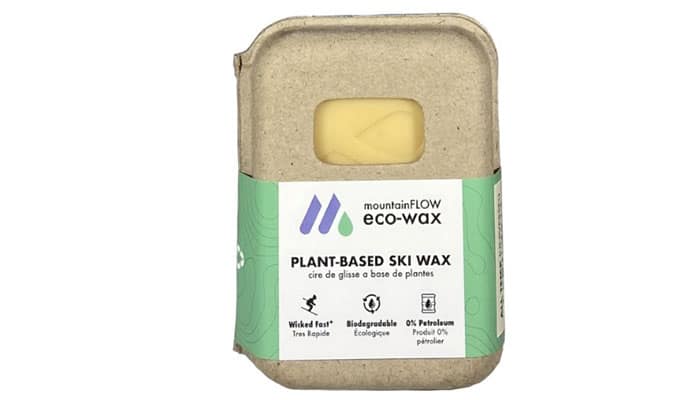 What if there existed a ski wax that performed the same as every other, but that instead of being made of oil was made only of plants? Well, now such a product is available thanks to mountain flow. During the past few years and after an extensive array of tests, this company has been able to produce an entirely plant-based ski wax whose performances are virtually identical to the “normal” wax.

Most of the readily available ski wax is made from petroleum, and if you have ever used any it will probably have been made this way. The problem is that, since ski wax comes directly into contact with the snow layer, more and more oil is slowly released into the environment. This, in turn, leads to it slowly sinking into rivers and lakes as the snow melts. The team at mountainFLOW set out to prevent this from happening.

The company believes that the terms “eco-friendly” and “high performance” should not be mutually exclusive. They have spent a considerable amount of time and effort ensuring that their plant-based wax performed at the same level as the conventional one. From the products to the packaging, everything is designed to have the least possible impact on the environment, all the while delivering high-quality products. The plant-based ski wax fits perfectly in this philosophy.

The Eco Wax from mountain FLOW is made by a combination of different plant-based waxes, each of which contributes with its different features to make the product as performing as regular, petroleum-based ski wax. The wax is designed to be used by any type of skiers, be they experts or complete amateurs. Glide, hydrophobicity, durability, and ease of application are all guaranteed thanks to the unique blend the mountainFLOW brings to the table.

Alpine and Nordic skiers, as well as snowboarders and backcountry adventurers that are conscious about their carbon footprint, will be glad to know that today there exists a product that can answer their prayers. The Eco Wax will last for around 50 applications, which for most people will prove more than enough to cover a whole season. Several different mixtures of wax are available for different temperature ranges, to ensure you get the best out of your skis in every condition, but the Eco Wax will work best between 15F and 40F.

Ski wax provides a lubricating layer between the underside of your skis and the sharp crystal that makes up the snow. When properly waxed, the porous underside of the skis absorbs the wax which is then slowly pulled out by the snow every time they come in contact. This is what allows the skis to glide and also what prevents them from getting ruined by the continuous scraping with the snow. When all the wax is pulled out you have to repeat the process a few more times to ensure smooth sailing. Up to now, only petroleum was able to deliver such an effect, while plant-based replacements were only more expensive but not up to the task. Today, mountainFLOW has managed to solve the problem by combining different types of wax, including soy wax, to bring to the table a product that can compete on level grounds with all the other waxes available on the market.

Usability: The ease of application of the mountainFLOW Eco Wax is the same as conventional ski waxes. When you first lay it on your skis you are likely to notice some small cracking in the wax but this is perfectly normal, just keep the pressure light on your first pass with the iron. When it comes to scraping after the wax has cooled down, be sure to use a nice and sharp scraper and apply consistent, long strokes. If you have ever waxed a pair of skis, you won’t find anything unusual about the Eco Wax.

Speed: As far as speed is concerned, mountainFLOW claims that its product is on par with any other ski wax and so far, our tests have confirmed it. When compared with “normal”, petroleum-based ski wax, we have noticed no significant difference in the feel of the skis and speed also does not seem to vary. This is true with whichever temperature range you find yourself in. Gliding ability is unchanged but with the added benefit of using a product that doesn’t release anything toxic into the environment.

Durability: Thanks to the use of a combination of waxes, mountainFLOW has managed to significantly increase the lifespan of its ski wax. While other plant-based waxes use only one source of wax, the Eco Wax uses several and this allows you to apply it around 50 times before you run out. For most people, except perhaps extremely advanced or competitive skiers, this will prove more than enough to get through one whole season. Extensive tests in the field have confirmed that the wax lasts from 4 to 6 days after its application, which is perfectly in line with the industry standards. 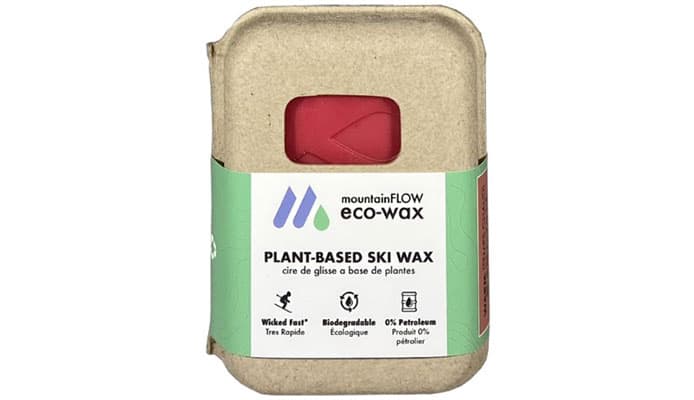 Ease of use: 98% – No learning curve is present when you pick up the mountainFLOW Eco Wax. The product handles and feels the same as the ski waxes you will probably already be used to applying and you can put it in action right away. Having achieved such a result while using completely different ingredients than all the other manufacturers is not an easy task but mountainFLOW has somehow managed to pull it off.

Speed: 99% – Your skis won’t feel any different than what you are used to when it comes to your sleep while descending the slopes. Here lies the true marvel of the Eco Wax, as it provides an alternative that does not entail any kind of compromise whatsoever. Not only you’ll be sliding downhills with the same ease and enjoyment as you are used to but knowing that you are not polluting the environment might well give you extra gear.

Durability: 98% – Durability is not an issue with the mountainFLOW Eco Wax. The product will last just the same as any other ski wax and will easily get you through a whole season. You might stretch it even more if you are not skiing too intensively. Once more the plant-based mix proves its worth and holds its own when compared to everything else available on the market.

Price: 98% – If you’ve been reading this review and wondering if this would turn out to be another of those super expensive eco-friendly hipster products, you don’t need to be. While it is unfortunately true that most “green” options come as significantly more expensive than their conventional counterparts, the mountainFLOW Eco Wax is not part of this group. Price, just as everything else with this item, is perfectly in line with what you would expect from other ski waxes on the market, if only just slightly more expensive. In any case, it is not something you should be concerned about, it won’t weigh on your wallet more than you are used to.

As the world strives to go greener and greener, more and more people are trying to incorporate environment-friendly products in their day to day life. For skiers and snowboarders, not many options are available, but the mountainFLOW Eco Wax stands out from the rest because of the care that has been put into its production. When people hear about a plant-based substitute for something already available, the first reaction is usually one of skepticism and mistrust, since imitations are seldom compared to the originals. What makes the mountainFLOW Eco Wax so remarkable is how it makes these issues disappear with a solid performance under every aspect.

It seems almost impossible that an alternative product may be just as good as something you are already used to, there always is a catch somewhere most of the time, but this Eco Wax proves to be the exception of the rule. This a unique case in which respecting the environment does not imply you giving up on absolutely anything, which if you think about it is not something that can be said for most plant-based replacements. Overall, this product carves a place of its own on the market but is paced to rapidly become the benchmark against which all future items will have to compete to earn their place in the sun. 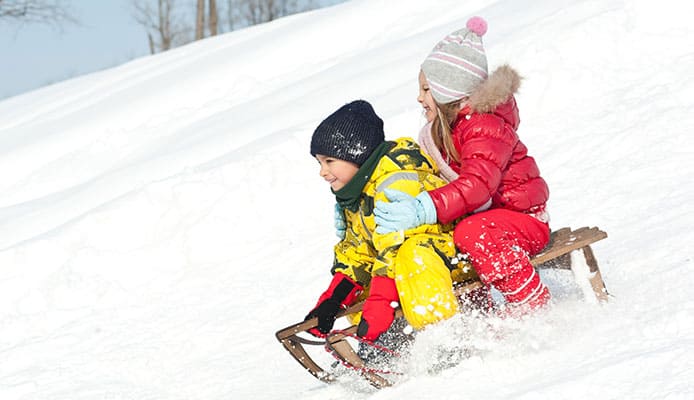 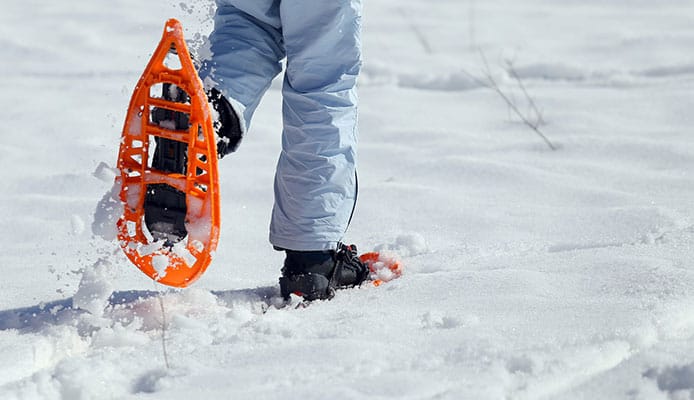