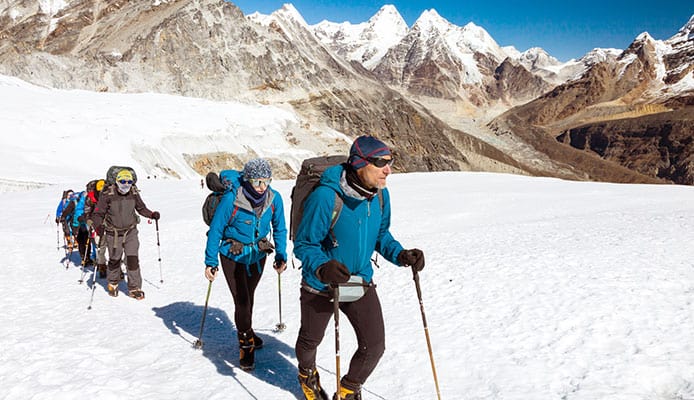 Apart from keeping your feet warm, the right hiking boots and footwear accessories should help you maintain good traction on both ice and snow. Staying on your feet when you are out hiking in the backcountry is extremely important – a simple slip on a patch of snow or ice can turn into a potentially fatal situation considering that you will probably be hours from help.

To maintain traction, hikers will use either microspikes or crampons. Both products do provide excellent traction on snowy and icy trails. However, they do have differences that make them ideal for different situations. In this microspikes vs crampons guide, we will help you understand both accessories better. By the time you reach our overview, you should have a better idea of what to pack the next time you decide to go hiking in winter.

If you have never grabbed your hiking backpack and decided to get on the trail during the winter season, you may not be familiar with microspikes. The term “microspikes” is used to refer to a hiking accessory that features spikes usually held together to grip ice or snow, with rubber and chain surrounding the hiking shoes or boots.

The spikes tend to be shorter to allow mobility while providing just the right amount of traction when you are exploring hiking trails that have been overrun with snow and ice. On average, the size of the spikes ranges between 0.25 and 0.5 inches. As you will see later, in this crampons vs microspikes guide, the spikes on crampons are usually bigger.

When comparing microspikes vs crampons in terms of their flexibility and weight, the microspikes tend to win. The microspikes are more flexible and more lightweight – this makes the accessories more ideal for use in a multitude of settings, unlike the crampons which are generally limited to serious climbing in areas featuring ice and snow.

When Should You Use Microspikes

When comparing crampons vs microspikes and trying to determine which one to use on your hike, you have to consider the type of trail you will be tackling once you grab your hiking gear. Microspikes are ideal for use on level trails. If you intend to scale steep mountain ranges featuring snow and ice, you may want to consider the crampons. While the smaller spikes present on the microspikes make the device more versatile along the level pathways, they do not offer enough length and strength often needed when hiking up higher elevations.

Level trails tend to feature fewer rocks and diversity. Basically, they are more user-friendly, and hence the hiker does not have to worry about stepping on slippery and ice-covered rocks. If the trail you intend to explore is known for difficult paths, then, the microspikes may not offer you enough support.

Microspikes can be used in everyday life, especially if you reside in a snowy area. For example, people do opt to use the microspikes when shoveling their sidewalks or when taking a trip in a heavy ice area. Since microspikes are extremely easy to remove from the shoes, you can slip them off after your shoveling is over or once you come out of the icy terrain.

How Do You Use the Microspikes?

Microspikes can be worn together with sturdy hiking boots for women and men or a regular shoe. However, the accessories are more effective when used with a hiking boot featuring rubber on the outside.

How you put on the microspikes will be largely dependent on the company that made them. However, in most instances, you will need to simply put the accessories down, with the spikes down, step into them and then secure them tightly to your hiking boot with their rubber frame straps.

In the microspikes vs crampons debate, you need to always remember that to really make an ideal decision about what to wear, you have to check the conditions of the hiking trail. Even if you will be exploring a fairly even surface, microspikes may not always be your best option.

To give you an example, for days featuring heavy snowfall and very limited compacted ice, both the microspikes and crampons will not offer you enough support. In such conditions, you may want to try using the right type of snowshoes to stay afloat on top of the ice. 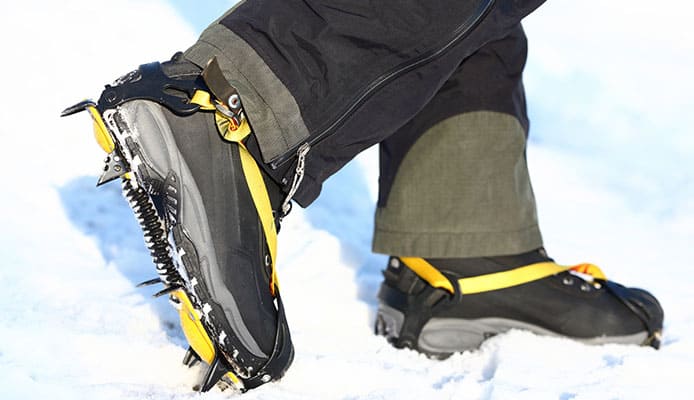 Crampons were first developed for climbers and mountaineers. Within a short period of time, the traction device manufacturers found a new market for the crampons in the community of hikers and backpackers who prefer to explore the steep mountain hiking trails during the winter season.

Crampons are a heavy-duty winter device that is attached to the hiking boots and has a mostly rigid frame that supports its horizontal bar, bindings, sharp blades (spikes), and straps. As we had noted earlier on, when comparing crampons vs microspikes in terms of the spike length, the crampons tend to have the bigger spikes – the length of the spikes present on crampons ranges between 0.5 and 0.75 inches.

Points on a Crampon

As an ice adventurer, you typically get to choose your crampon from 2 main options classified based on the number of spikes/blades/points. There is the traditional crampon which tends to have 10 points and there is the 12-point crampon. Each will have different benefits and limitations depending on the type of sport you intend to get involved in.

For glacier trekkers using crampons to navigate mountainsides, the 10-point crampon should do the trick. However, as you move on to climbing or mountaineering on ice, you will need more points.  With both options, you will need to ensure that the points are placed ideally under your foot to make sure that the crampon will be properly balanced on icy terrain.

Three main types of crampon bindings exist in the market. When shopping for crampons, most hikers and backpackers bring the boot they plan to wear with them to invest in the right crampon bindings. If you would like to have properly fitting crampons, you have to be open to the idea that you may have to invest in new winter hiking boots – this is generally the requirement if you have been using your previous boots or an extended period of time.

Below, we have the major types of crampons you may come across:

Fitted with wire bail and a tension lever, the step-in crampon tends to be a rigid system capable of holding your boot in place. When fitted properly, it is the most secure system you can invest in.

The majority of the step-in crampons will come with an ankle strap for added security. The downside to this type of system is that you will need specific boots that are rigid and have grooves on both the toe and the heel. That being said, the step-in crampons are the easiest to put on, they are built to last, and can be adjusted for varying terrain.

With the right boot, this crampon is easy to use and extremely effective. The hybrid crampons are perfect for individuals who own rigid boots featuring the heel groove only.

What makes this crampon a hybrid is the stiff heel lever mixed with its simple toe strap. The accessory is generally both flexible and sturdy.

This system is generally easy to put on in the winter season. Also, the system does not force you to purchase a new boot. Its downside is that it features less rigid security compared to the step in. Additionally, its points cannot be adjusted.

This is perhaps the most flexible option for people who are yet to invest in crampon-specific boots. Since the crampon uses nylon material in its straps, it fits over a wide range of boots.

The main limitations of this system are that it tends to take longer to put on and is not as precise as the step-in system. On the plus side, the model can be adjusted to fit snuggly and it can be used with varying footwear for varying trips.

When to Use Crampons

Now that you are familiar with what the crampons are, you may want to know when you are supposed to use them. As we had noted earlier on, when comparing microspikes vs crampons in terms of their performance when trekking or hiking up mountains, the crampons offer more benefits. Simply put, if you intend to explore steep and icy terrain after donning your hiking pants and hiking gloves, crampons will offer you the needed support.

Crampons are generally less flexible and heavy – this means that you will need to have sturdy boots to use them. If you do not have sturdy boots, crampons may force you to buy and break into new boots so that you can use them without the whole experience feeling uncomfortable.

When comparing crampons vs microspikes in terms of ease of use, crampons tend to lose to the microspikes. Crampons take practice before you can jump into the first big climb – you need to learn how to put the crampons on, how to adjust them, and how to walk comfortably in them. Mountaineering or climbing before you understand how the crampons work can be unsafe considering that the spikes (which are usually sharp) can injure you if you happen to fall.

Crampons are made for the more heavy-duty ice climbing and alpine trekking. They are ideal for the serious mountaineer who wishes to traverse the highest peaks during the winter season. As you get to the hard snow or dense ice, you will be grateful that the firmly placed crampons are holding your boots steady on the slopes.

After going through this microspikes vs crampons guide, one thing that should come out clearly is that the microspikes are more ideal for the level ground while the crampons are perfect for the steep icy/snowy slopes. It is worth noting that you should only wear traction devices only when necessary. This is simply because having any type of spikes on your boots will not only increase the weight but will also make the hike more arduous. 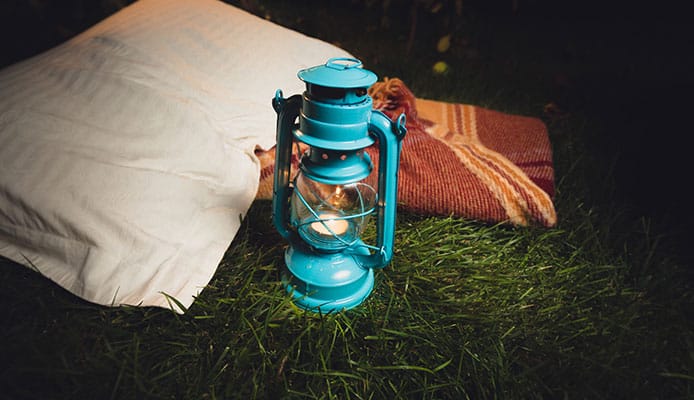 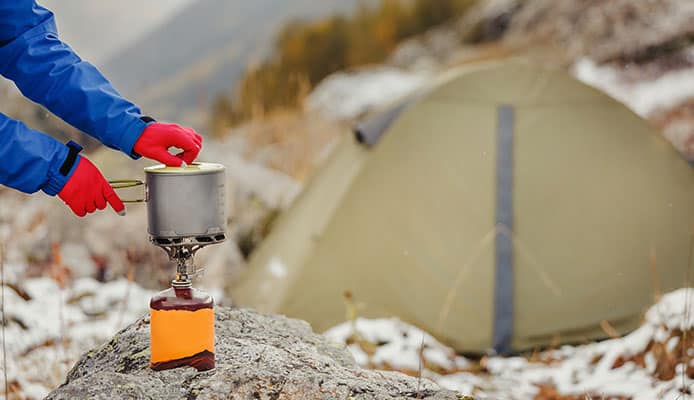 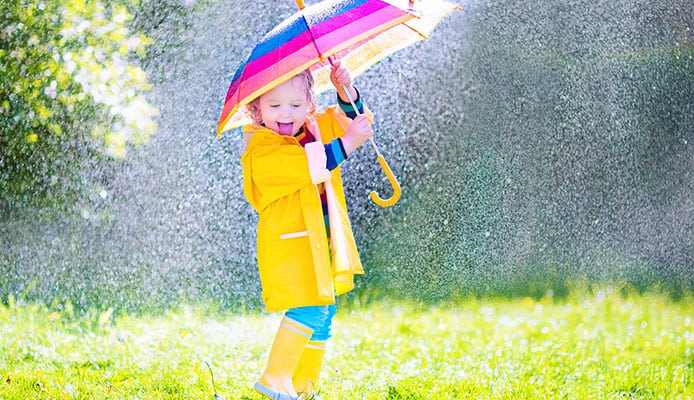