A large number of skiers still believe that the only differences between women’s and men’s skis are purely cosmetic. This, however, is not the case – real differences in terms of flex, length, mounting position, width, and weight do exist.

Women’s skis are designed to suit the body structure and needs of female skiers. Generally, the skis for women feature 20% softer flex, are 20% lighter, and their mounting position is shifted forward slightly to meet the women’s COG (Center of Gravity).

While you may not need a women-specific ski after donning your women’s ski jacket, you may benefit from one. By taking a deeper look at men vs women’s skis, we hope to help you invest in the right all-mountain skis.

If you compare men’s vs women’s skis in terms of their stiffness, what you will realize is that the women’s skis are less stiff than the skis for men. Women’s skis are designed to have an additional flex in them – this ensures that the cross-country skis can flex or edge into the snow with less weight on them.

This gives the skier the ability to turn more quickly. The skis will react more quickly to weight transfers from one of the skier’s foot to the other.

If you decide to use women’s skis after donning your women’s ski gloves, you should expect the skis to feature 20% softer flex relative to men’s skis of the same size. Depending on the manufacturer’s design, different women’s skis may have less or more flex.

On top of the flex being softer on skis built for use by women, the flex pattern is adjusted to match a slightly forward mounting position. Additional flex is distributed to the front of the skis while greater stiffness lies in the back of the skis. This helps boost your stability when skiing steeps and other terrains.

To reduce stiffness on skis for women, manufacturers use more flexible materials. This usually makes the skis lighter. If you decide to put on skis for women the next time you explore your favorite ski track, you should expect the skis to be approximately 20% lighter.

If you have taken your time to learn how to ski using the right techniques, you shouldn’t be lifting the skis at any point during the parallel turns.

The reduced weight does have its benefits. One of the benefits is that it places less pressure on the skier’s legs throughout the day. Additionally, it makes it easier for the skier to carry the skis to the slopes.

When comparing men’s vs women’s skis, length and width are some of the features that we cannot ignore. Compared to skis built for use by men, women’s skis are generally narrower. This is generally because the women’s skis are much lighter and do not require a lot of float in the snow.

The skis are also made narrow to their proportion to match a shorter ski length. Since ski length has a significant effect on ski performance, it is a crucial consideration that one should make before buying new skis.

Unless you are a beginner, the ski you decide to use after donning your ski helmet should at least come to your nose. If you are an advanced skier, the ski should come to your forehead. If you enjoy going faster and making bigger turns, you should focus on going longer.

If you do enjoy to ski slowly, ski moguls, and make numerous turns, going a little shorter may be a good idea.

Different women will have varying preferences. For this reason, you should not settle for a certain ski length just because it appears to be working great for one of your friends. Trying the same ski in varying lengths could help any woman figure out which ski length works best for her. Before paying, always demo more than one ski length.

If you take the same size of men’s and women’s skis and put them side by side, you will notice that the point where the women are supposed to mount their ski bindings is approximately 2 centimeters forward. This makes it easier to engage women and get them in front of the skis. It also accounts for their different center of gravity.

On average, the women’s center of gravity is an inch lower and further back compared to that of a man. Women also carry more weight below the waist (around the hips, thighs, and buttocks). Men, on the other hand, carry their weight above the waist – they have broader shoulders and chest. This is the main reason the mounting position for the women’s ski is moved forward.

It is worth noting that repositioning the skier to move to the forward-standing stance allows her to transfer additional power and energy to the ski tips. On top of improving stability, it also makes things much easier for the skier when beginning the turns. 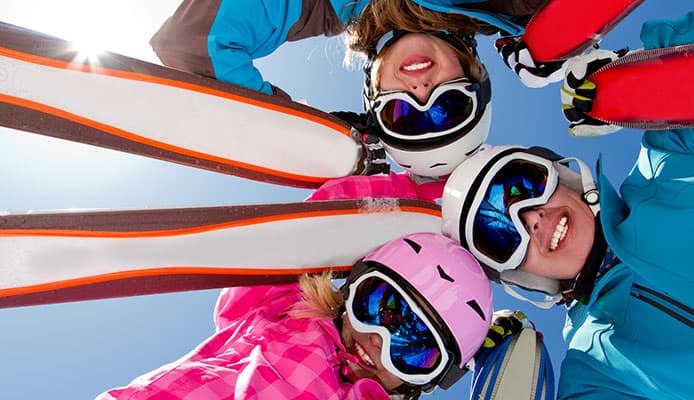 Simply defined, the ramp angle refers to the angle at which the ski boots sit in the bindings between the toe and the heel. The ramp angle generally changes the stance. It also affects the center of mass and balance relative to the ski.

Compared to the skis made for men, most skis for women will feature a ramp angle that tilts forward slightly. This helps move the woman’s center of gravity forward.

Typically, skis designed for use by women will feature a tip that is relative to their waist. This improves on the turning. It also makes the skis more responsive.

As you would expect, if you compare men’s vs women’s skis in terms of graphics, skis made for women will feature more feminine graphics. This is more of a love it or hates it scenario.

After wearing women’s snow pants, some women may want to use a ski featuring graphics that they may identify with. If this is the case, then you may want to try the women’s skis.

If you compare the underfoot size for skis made for women and those made for men, you will notice that this size does vary. Generally, skis designed for use by women will feature a less underfoot size.

Should You Use Women Specific Skis?

After going through this women’s vs men’s skis guide, if you are a woman, one question you may ask yourself is whether investing in women-specific skis is the best thing to do. The first thing you will need to note is that for many years, women have been using skis designed for men. Most women will continue grabbing the men’s skis after donning their ski goggles.

Despite the reasons to switch to women’s skis, not every woman will want to use the women’s skis. The choice about which ski you should use will depend on your individual preference, strength, weight, and size. A lot of women, however, may benefit from using the more flexible and lighter skis.

Today, a large number of ski manufacturers are producing unisex skis. These are offered across a wide range of mounting positions and flexes. This makes it possible for both women and men to enjoy the best features offered by men’s and women’s skis.

Obviously, not every woman will want more feminine graphics on her skis. Additionally, some men could improve their skis’ performance by making use of the women’s style skis.

Ski boots can have a huge impact on your skiing performance. On average, women have calves that are much lower and wide. They feature wide forefeet and a narrower heel profile.

For these reasons, ski boots built specifically for use by men are capable of limiting blood flow by putting too much pressure on the calves. This could potentially leave the woman cramped and with colder feet.

Women-specific boots will feature a lower cuff to accommodate the women’s calf muscle. Also, their boot profile will match their different foot shape.

On average, men are bigger and physically stronger than women. Considering that this is only an average, you have to keep in mind that there is a vast array of differences between the 2 genders.

For this reason, the women vs men divide in skis can be considered artificial to some extent. While differences do exist between the men and women skis, the women-specific skis are not necessarily for every woman. When it comes to choosing which skis to invest in, your choice will depend heavily on your preference. 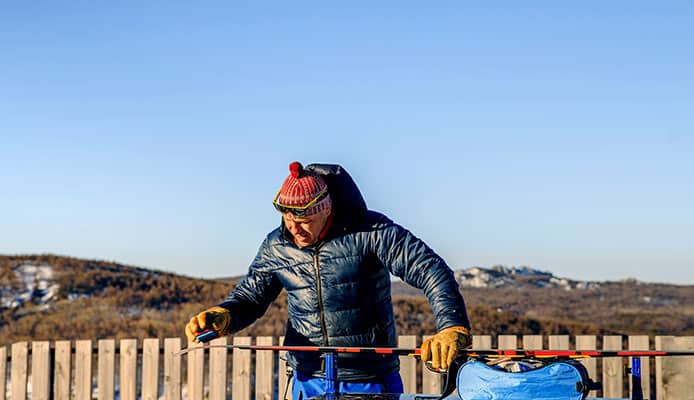 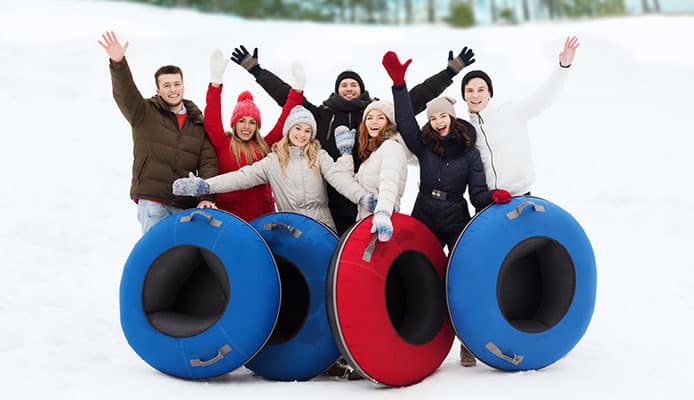 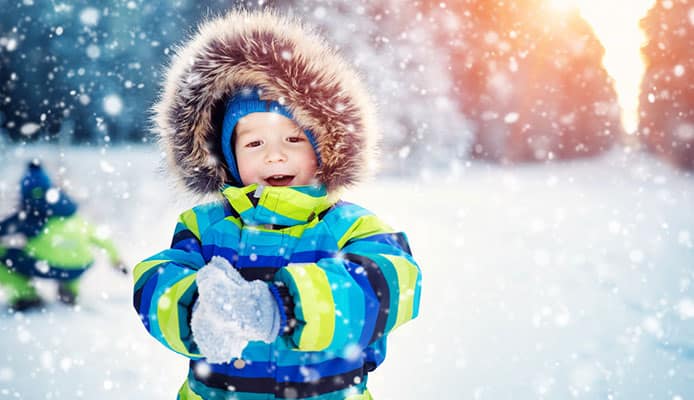