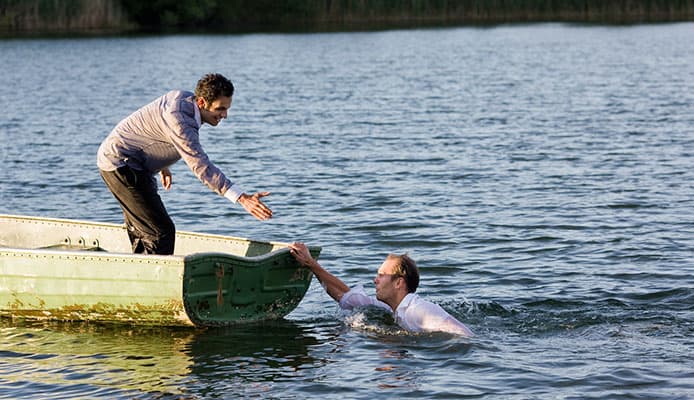 The exhilaration and freedom offered by wearing sailing shoes and stepping into a sailing boat is the main reason a lot of people get started with sailing. Sailing features some risks. Being prepared to handle the various sailing risks and situations is always a good idea.

A MOB (Man Overboard), which is also referred to as Person Overboard (POB) or Crew Overboard (COB), is one of the most serious boating emergencies. It is not uncommon for deaths to occur after falling overboard.

The majority of the man overboard sailing situations do not occur in calm conditions and flat waters. For this reason, as part of improving boating safety for you and your crew, you need to understand how to turn your sailboat efficiently, return, and stop beside the victim. This article will make the man overboard maneuver easier for you.

The General Principles of the Man Overboard Sailing Rescue Maneuver

If your sailboat features a working motor, you will need to use it when pulling off the man overboard maneuver. The steps below are ideal for when you have a motor:

Step 1: Sheet in your mainsail and heave to, passing buoyancy to the victim and using a dan buoy for marking. After instructing a member of the crew to point at the MOB, retrieve any warps from the water and then start your engine.

Step 2: Drop or furl the headsail.

Step 3: Make sure the throwing line is ready.

Step 4: While keeping the MOB in sight, use your boat steering wheel, if you have one, to maneuver the board downwind of the MOB.

Step 5: Approach the man overboard into the wind. This ensures the mainsail is depowered. Pick the MOB up aft of the mast, on the leeward side.

If you are a beginning sailor, this man overboard sailing maneuver may be complicated for you. To bring your boat to a gentle stop alongside the MOB is quite tricky. However, this does not mean that it is not doable.

Even if your sailboat features a motor, it could fail just when you need it for the man overboard maneuver. If this happens, you will need to follow the steps below:

Step 1: Sheet in the sailboat’s mainsail and heave to, passing buoyancy to the MOB and using a dan buoy as a marker. Instruct one of the crew members to check for warps.

Step 2: After turning away onto the broad/beam, sail away.

Step 3: Sail away for approximately 5-6 boat lengths, make sure you don’t lose sight of the victim.

Step 4: Tack, aiming your sailboat’s leeward side at the MOB. Let out both the mainsail and headsail sheets. If the mainsail won’t flap, you should bear off downwind to change your approach angle. Point your sailboat back at the victim until your mainsail flaps.

Step 5: The approach angle is supposed to be a close reach. This makes sure that the sails can be depowered and powered. You can drop the headsail when you are close to the MOB.

Step 6: Fill and spill the mainsail and then approach the MOB slowly. Pick up the victim aft of the mast, on the leeward side. 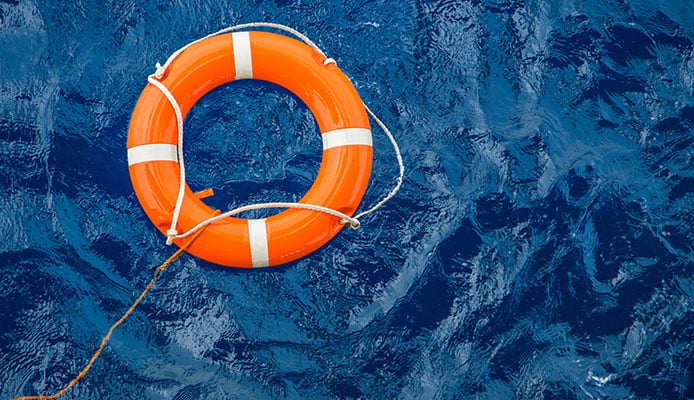 If your sailboat has any type of freeboard, trying to get the victim out of the water may not be easy.  If it features a bathing platform on its transom, you may be able to pick the victim from the water using a ladder. If the conditions are rough, trying to recover a MOB using a ladder on the transom could be dangerous – there is the risk of being drawn under the sailboat’s stern.

This is generally set on the sailboat’s side with the foot attached to the sailboat’s gunwale. You can attach the head to either the halyard or the block and tackle (handy-billy).

These are usually built to help with the recovery of the MOB. You can make use of the halyard. If your sailboat does not feature a solid kicker, you can use the mainsheet and the boom.

When you are out in the waters, even when there is no emergency, you can simply yell “Man Overboard!” while tossing a fender overboard. Practice with your team until you can easily return and stop alongside the fender. 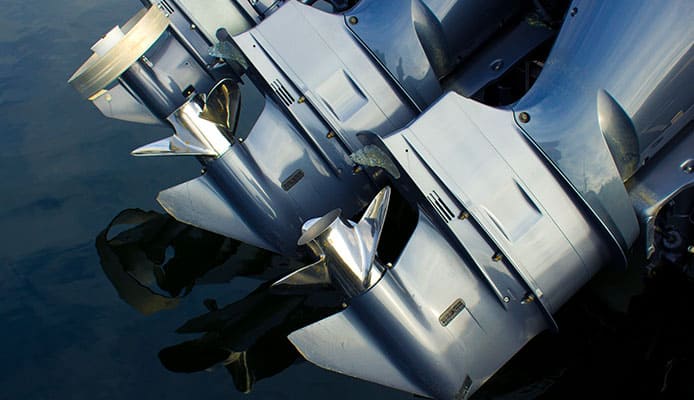