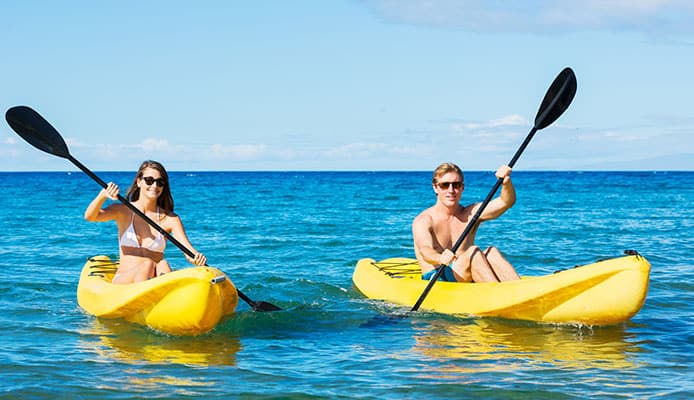 Just as important as having the right kayak for you made from the best plastic or composite materials, learning how to kayak is more than just utilitarian, it’s an art. If you want to improve your mobility when out on the water in your kayak, then you will need to perfect certain kayak strokes.

Many different kayak strokes range from basic to more advanced. As you progress in being a kayaker, you will gain more control over the water. You will not only get from point a to point b but will also enable you to maneuver fast-flowing water with ease.

There are 6 main types of kayaking strokes that every kayaker needs to know. Before learning to use these kayak strokes, the first step is to ensure you know how to launch and land a kayak as well as how and where to sit in a kayak. Once you have your sitting position right, it’s time to kayak stroke.

This is the first kayak stroke that you will learn. Most people think the forward stroke is, well, straightforward to learn but most don’t realize when they are doing it the wrong way.

When using the paddle, you should avoid doing the forward stroke with your arms and instead use your torso. This makes the effect much more pronounced, causing the kayak to move further.

What’s more, it is an efficient way to move the kayak forward without causing you to tire too fast.

People often wonder about the importance of learning kayak strokes for backward movement, but it is a necessary skill to have.  Sometimes you might find yourself hitting a dead end at the river bank or needing to reverse in order not to hit a rock or obstacle.

The backward strokes will come in handy in such an instance coupled with some kayaking safety tips.

The main function of the kayaking draw stroke is to help move the kayak sideways.

You can draw a stroke on either side of the kayak and is especially useful for getting out of the way of another kayak or pulling close to the dock or shore.

When you are camping with your friends and decide to get into the lake for some kayaking fun, the kayak draw stroke is the perfect way to impress your friends. Don’t forget to bring the right camping kayak for you. 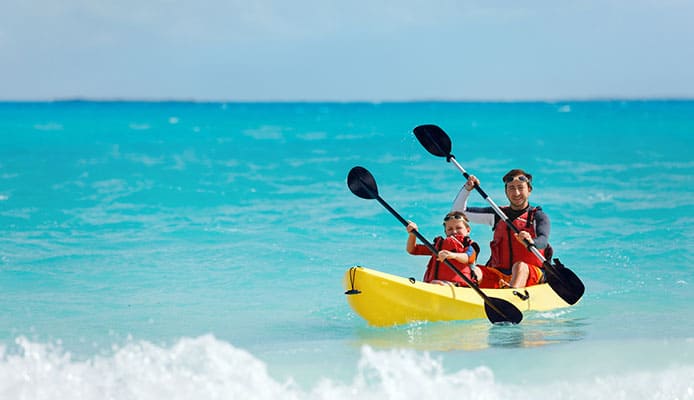 If you want to make a quick turn, spin the kayak, or adjust your course. The forward sweep stroke is a good technique to achieve this.

What makes this stroke so special is that it is among the few strokes that can be performed when the kayak is moving. This technique is especially useful on a surf kayak.

This is the opposite of the forward sweep stroke and can also be performed when the kayak is moving backward. It is one of the most effective kayaking strokes to quickly turn the kayak and is especially useful when white water kayaking.

This is not exactly a stroke but a combination of both forward and backward sweep strokes. If you performed them together you would allow the kayak to spin in a stationary position. It is a great maneuver to use when you want to decide on which direction you need to go.

To perform the kayaking spin, start with the forward sweep stroke. Once you have achieved this, turn your body all the way around and perform the reverse sweep on the opposite side of the kayak.

Keep alternating between the two different strokes to achieve the spin. To become a pro at the kayaking spin maneuver, it’s good to learn what muscles and used in kayaking and work on these next time you hit the gym.

These are the 6 main types of kayaking strokes. If you plan on being a kayaking expert, they will form the basis of your paddling. From there, you can then move on to more advanced techniques such as learning how to do kayak edge and brace stroke and how to roll a kayak. 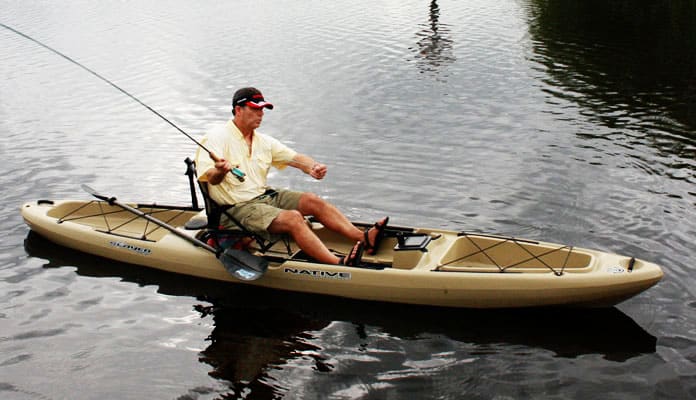 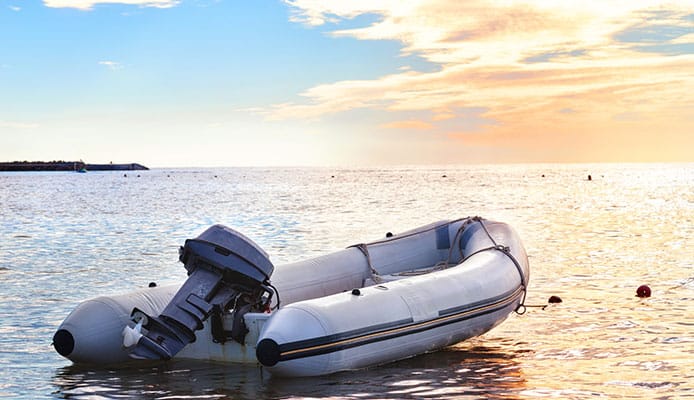