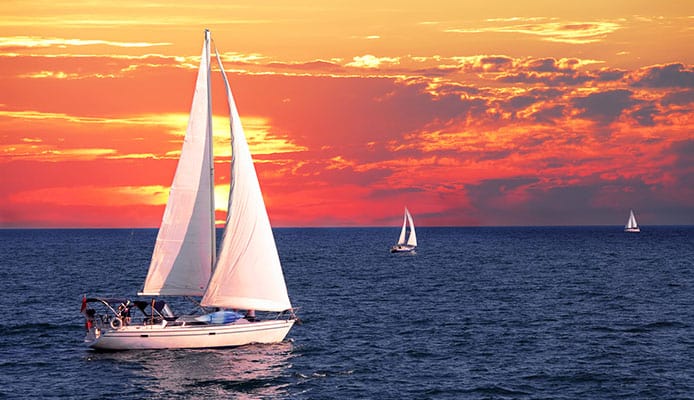 The sea can be an unforgiving mistress, which is why sailors need to equip themselves with a variety of skills like tacking and jibing a sailboat and others that could help make their voyage much safer and more fun. One of these skills, and a very important one at that, too, is how to reef a sailboat.

Reefing is a pretty straightforward concept, albeit more challenging in practice. To put it simply, reefing refers to reducing the surface area of a sail and is achieved by folding or rolling one edge of the canvas.

But why is reefing, a seemingly simple process, so important?

Why Reef a Sail?

There are three main reasons why sailors employ reefing procedures while at sea: to promote sailing safety, to boost their vessel’s performance, and to improve the boat’s handling.

Weather and water conditions can be unpredictable out in the waters. Perhaps there’s nothing more than a soft ocean breeze blowing and timid waves lapping at your boat’s hull when you put on your sailing sunglasses and left shore. But within minutes of being out in the sea, you notice the wind is piping up and the waves are starting to become more aggressive. When it reaches a point where winds are too strong, reefing is necessary to keep the boat upright and prevent it from heeling over.

Strong winds are bad news for sailors, especially for many boat racing enthusiasts as it can negatively impact the boat’s performance. To address this issue, many boat racers spend a lot of time practicing their reefing maneuvers. Some of them even credit their reefing capabilities to winning some races. Some are capable of doing it in minutes or even seconds. Accordingly, reefing also helps make the boat more efficient in terms of hydrodynamics and aerodynamics.

The more surface area is presented to the wind, the more impact the wind’s strength will have on the boat’s handling. During particularly strong winds, some boats get overpowered by the wind causing them to heel over, which consequently makes it challenging to steer. By reefing the sails, you lessen the surface area that is exposed to the wind thereby reducing its impact.

An old sailor is saying that says, “Once you’ve realized that it’s time to reef, it’s too late.” Remember, out in the sea the wind conditions can change very quickly and next thing you know you’re in a battle trying to keep your boat from tipping.

That said, would it be a better idea to reef early before the winds start to build up? Many sailors would agree. As another sailor saying goes, “The best time to reef is when you first think about it.” Besides, given the consequences of reefing late (which are upsetting at best and tragic at worst) you will seldom regret reefing early and will always regret reefing late.

If you’re still not sure when ‘early’ is or when the right time to reef is, the following guidelines and considerations should be of help.

One factor you need to consider with regards to reef timing is the type of boat you’re sailing. For instance, if you’re sailing a lightweight cruiser, you’ll want to reef considerably earlier. On the other hand, with a heavier sailboat, you should be able to hold full sail for much longer before needing to the reef.

Weather and water conditions should also be taken into account in deciding when to reef. For instance, if the wind is starting to pick up but the water remains calm and the waves are small, you can wait until you feel the boat start straining before you reef. On the other hand, when faced with relatively stronger winds and larger waves, you’ll want to reef with the probability or expectation that something that rough winds are bound to kick in.

If you’re sailing with a crew, be sure to familiarize yourself with their capabilities. Remember, when the strong winds blow, it puts more load and stress on the sheets, halyards, and other reefing components, which consequently means tougher work for your crew. As a responsible boat captain, you should try your best to make your crew’s life easier and the voyage safer, and avoid putting the crew and the boat in compromising situations.

That said, knowing and choosing the right moment to the reef will depend on understanding your boat and your crew’s capabilities and the weather and water conditions you’ll be sailing in. Still, all the texts and references concerning when to the reef will only be able to give you so much information, and the best way to learn this skill and the concepts behind it is through experience. 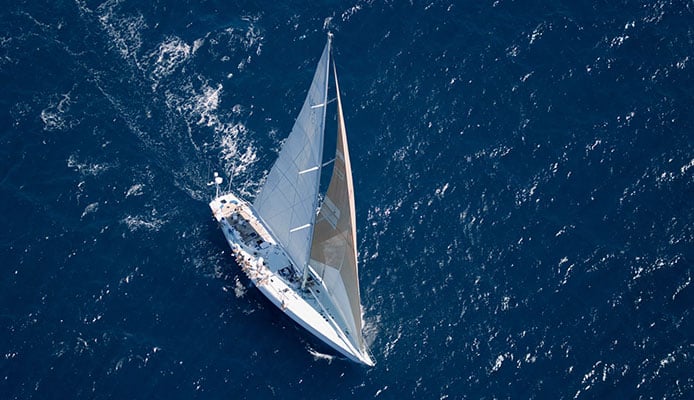 Different sailors will have different ideas about how to reef a mainsail and what’s the most effective way of doing so. However, the steps mentioned below are generally accepted mainsail reefing practices in most sailing communities.

Consider marking the main halyard line (some sailors use indelible ink to do this) relative to the mast to indicate how much it should be eased the next time you need to reef. Also, if you expect to be reefed for a while, tie the reef clew down to the boom with a sail tie to take the load should the reef line fail.

There are different reefing arrangements, all of which are effective in their own ways. However, whatever arrangement you choose, make sure that it should be easy to execute and the reefing (and eventually shaking out) should be done smoothly and without hassles. Regardless of the particulars, you must spend time studying and understanding how your chosen reefing system works so that you are not reluctant to use it when the need arises.

There are several types or varieties of mainsail reefing. There are simple reef points or short rope pennants that could be used to gather up parts of a sail to reduce its surface area. There are also rotating booms where a sail could be wrapped around to achieve the same effect.

Slab reefing is a simple and quick way of removing a ‘slab’ out of a sail. Here, a ‘slab’ or portion of the sail is folded down until the desired sail size is achieved. Many modern yachts use a lazy jack system which creates a pocket for the mainsail to reef down into so it doesn’t hang loosely over the boom.

One of the most popular methods of reefing the mainsail is in-mast reefing. Here, instead of pulling down the sail and dropping it onto the boom, it is instead rolled or wound inside a hollow mast using a rotating spar. The process is pretty straightforward and is a quick way to reduce the exposed surface area of the sail.

Despite being a popular choice, many sailors turn away from using in-mast reefing due to reports of mechanical failures and other problems. For instance, some sailors report experiencing mast jamming, where the furling system fails to the reef (or even shake out) the mainsail. When this happens, it will require a significant amount of time and effort to fix the problem. This is an important consideration since the last thing you need when the wind starts to build up is a failing reefing system. Under such conditions, a failed reefing system is not only frustrating but can be tragic as well.

Amongst the different types of reefing the mainsail, is considered by many to be the least popular type for several reasons. For one, because the sail is furled inside the boom, it means that the boom should be larger than usual to accommodate the rolled or wound sail. Also, some sailors complain that this reefing method can damage the original or natural shape of the sail.

Aside from the mainsail, foresails can also be reefed and is actually a great way to reduce the sail surface area fast. Most sailboats use a roller furling system for their foresails. To reef the foresail:

Reefing is an important skill that every sailor and his or her crew must familiarize themselves with. When sailing under rough winds, this is one skill that can be a lifesaver. As with any other sailing skills, articles and videos can only teach you so much. The best way to learn how to reef a sailboat is to go out there and practice. 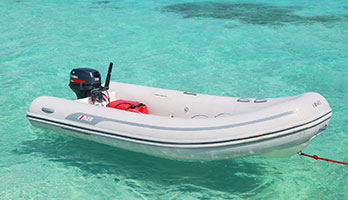