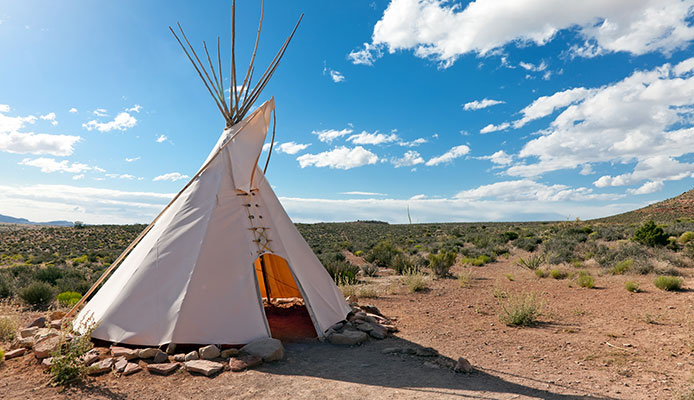 The teepee tent (also spelled as ‘tipi’ by some) is one of the most iconic symbols of the Native Americans who roamed the great plains of North America. Being nomadic, this cone-shaped tent provided the perfect form of shelter for them because of its portability. Those who are just learning how to make a teepee may need a few hours to construct a teepee, but experienced builders can complete their tents in an hour or even less. In any case, if you are planning to build one, we’ve got here a step-by-step guide on how to build a teepee for your kid’s bedroom or your backyard.

7 Steps to Building a Teepee

Building a teepee for your kid’s bedroom or playroom is not overly difficult, although it will take some work. The steps on how to make a teepee below should help make the process easier.

As with any other project, the first thing you need to do when learning how to build a teepee is to gather all the materials you’ll need.

For the frame, you’ll need:

2. Drill Holes on the Dowels

Using the drill, make holes on the top portion of the dowels at least five inches from the tip. Make sure that the holes are wide enough for the rope or strings to pass through. Sand the edges of the holes to remove splinters.

3. Tie the Poles Together

With the poles lying on the ground, thread the rope or string on the holes on the dowels. Wound the rope or string firmly around all the dowels but don’t tie it up just yet. Afterward, lift the frame and let it stand. Adjust the width of the frame’s base until they are all evenly spaced. Once the desired width is achieved, tie the top portion of the dowels tightly. Check the frame for stability and make sure that the knot doesn’t come off easily. This is the most important part of learning how to make a teepee since you don’t want the whole structure to collapse especially when you or your kids are inside.

Perhaps the most time-consuming part for those who are learning how to build a teepee would be making the cover. It is not difficult, but you’ll want to pay attention to your measurements, or else the cover won’t fit the frame.

To make the cover, you’ll need to cut the canvas into panels first. The number of panels you’ll need will depend on how many poles your teepee has, which in this case is five poles. Four of these will form the sides of the teepee and the other will be for the tent door.

Measure the distance between the poles to determine the size of each panel. Add an inch to all the edges for the seams and selvages. Cut the pattern and sew all four panels together.

To make the door, cut a slit in the middle of the panel starting from the base and up to two-thirds towards the top portion of the fabric. Create selvages on the cut portion so the threads don’t fray. Sew a strip of fabric or two along the cut portions which can be tied together to hold the door close.

6. Attach the Front and Side Panels

Sew the front panel and side panels together. Afterward, attach the small strips of fabrics on the seams of each panel.

7. Put the Cover on the Frame

Drape the cover over the frame, aligning the seams to the poles. Afterward, tie the strips of fabric together around the poles to hold the cover in place.

And that’s it! Your teepee is now ready for use.

Having a teepee is usually enough, but to make it more fun you can incorporate the ideas below. 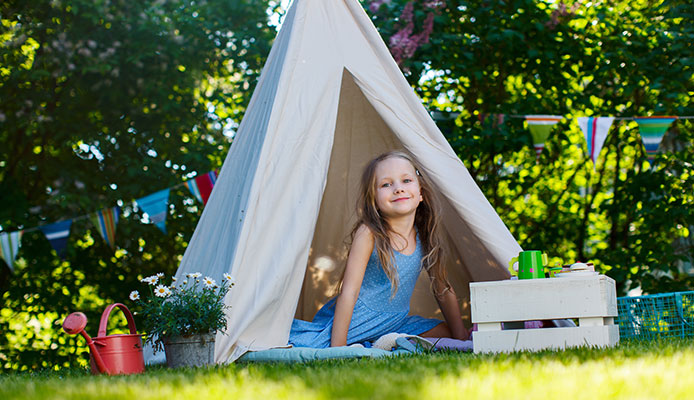 Q: What materials do you need to make a teepee?

For a basic teepee, you’re going to need poles for the frame, fabric for the tent cover, and some ropes or strings to hold them all together. How much or how many of these you’ll need will depend on the size of the teepee you’re building.

Q: How many yards of fabric do I need for a teepee?

That will depend on the size of the teepee you are building. For instance, a typical 5-foot high teepee tent like the one mentioned above will require about 4-5 yards of fabric. To get the exact amount of fabric required for your teepee, measure the sides of the tent by following step 4 above.

Q: How do you set up a teepee?

To set up a teepee, you first need to build the frame and sew the covers. After that you can put them all together using the steps mentioned above. If you look up how to make a teepee online, you’ll find different methods of doing so, but the instructions outlined earlier is the most common.

Q: How do teepees work?

Teepees, as a form of shelter, work by providing protection against various forms of elements, from the scorching heat of the sun to the pouring rain and even snow. The overall design and distinct features of the teepee as well as its ease of portability makes it a great choice for an outdoor shelter.

Q: How do you make a Native American teepee?

To build a Native American teepee, follow the steps below:

There is a certain charm about teepees that draws both kids and adults to them. This is why many people choose teepee tents over other types of camping tents for their outdoor adventures. In any case, learning how to make a teepee is a worthwhile skill worth developing, whether for outdoor survival or simply for fun. Again, there are different methods of how to build a teepee but the steps above are the easiest, thereby allowing you to spend less time building and more time having fun inside your tent. 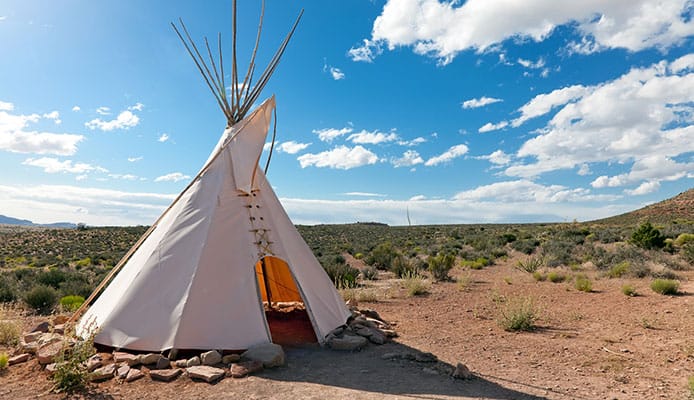 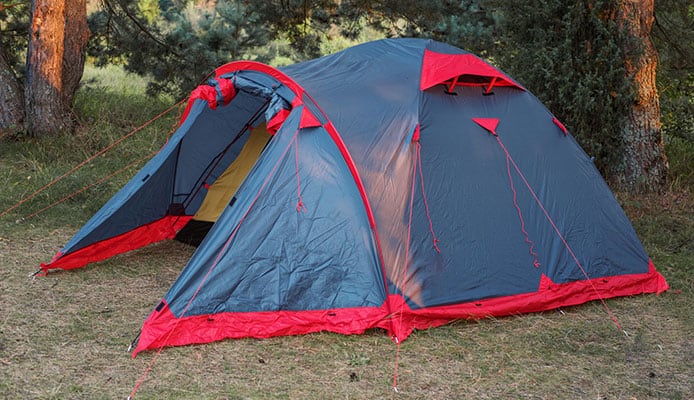 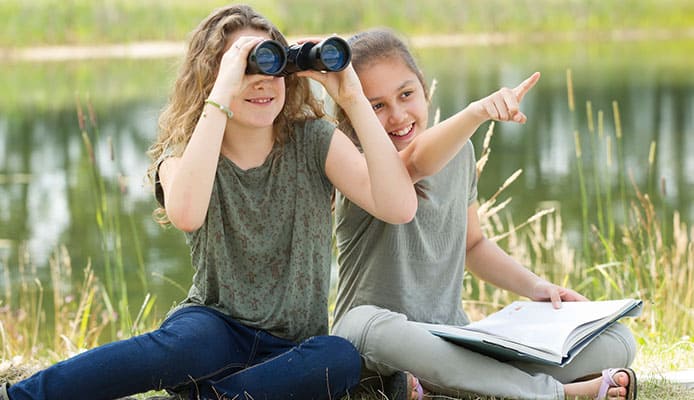