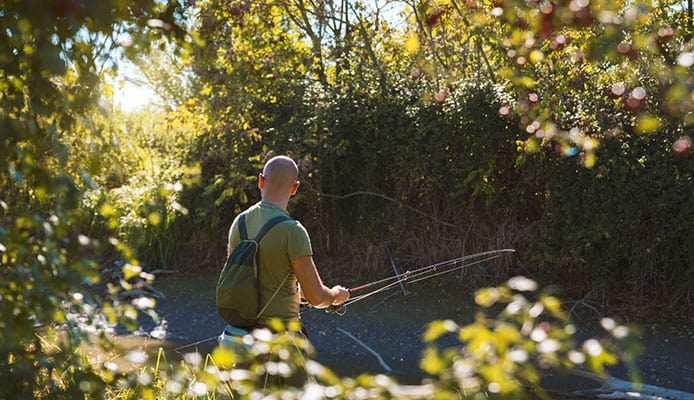 Mullet fish are a favorite game fish for many fishermen and with good reason. They are challenging and once you do it right you can pull out plenty of mullet from the water in one go. There are many different species of mullet. They can be found in coastal waters as well as inland in freshwater.

Since they will often feed on small invertebrates as well as algae and detritus, using a hook is not often the best strategy. Instead, you want to go for a fishnet or haul seines. However many fishermen have been successful using a good fishing line and chum.

This is how to catch mullet fish.

The first thing that you will need to do is get a quality cast net. Note that mullet fish tend to congregate in large schools that swim near the surface. This is all great when planning to throw in your network but you should keep in mind how quickly these fish are. They can quickly change direction and dart.

Always make sure that you are wearing proper fishing shoes.

Check the fishing regulations in the area in which you plan to cast your net and make sure you abide by them. In some areas, for example, it is prohibited to use a fish net with mesh greater than 1-inch squared.

Also, do not go for the most affordable fishing net available. Often as with anything else, quality comes at a price. If you, however, get one that is of high quality it will last you a long time and will not break easily.

Next, you want to practice throwing the net. It might not be as simple as it may appear once you see it on the television. Considering how fast mullet fish can be, you want to make sure that you know how to handle the net.

Note that you may need a fishing jacket especially when the temperatures are cold.

Take the net to your back yard and stand a few feet away from your target. Practice throwing the net on top of the target. Once you notice that you are getting better at it, increase your distance, and stand further away.

If you are in the river or lake and you miss your chance of throwing a net on the mullet, they may quickly move to another section and you will have lost your chance.

Having perfected your skill of casting the net, the next thing is to pick a mullet fishing spot. This will obviously be a place where the mullet fish like to hang around and school. Often this will be off piers, shady canals, near sea walls, as well as inshore way from boats.

You want to ensure that you particularly avoid areas where there is a lot of brush and trees.

Having found such areas, you want to watch out for any disturbances in the water. Mullet are restless fish and if they are in an area, you will probably spot them. Sometimes they will even leap out of the water. Once you do find them, there is a chance that they are in a large school. Get ready to move closer and cast your net.

Now it’s about time you cast your net. Take the throwing arm and wrap the end of the rope around it. Make sure that the other end of the rope is wrapped around your arm.  Let the net droop beside your arm and with the weights hanging down.

Using your other hand, hold the lead line under your right thumb. Next, take the lead in with your right hand and allow it to go out, say about an arm’s length starting from the other hand. Note that the other hand will be in front of your chest.

Lastly, rotate back your body to provide momentum to throw the net. Swing forward while throwing the net out at an upwards angle above the fish and in their direction.

Once the net hits the water, be ready to perform the retrieve. If you are fishing in hot weather, consider wearing a fishing hat to shield you from the sun.

Having cast the net, it will start to sink due to the weights. In the process, it is going to trap the mullet. Maintain tension to allow you to tell what is going on and how the fish are moving. It will continue to descend until you feel that the ropes in your hands are not going any further.

Once you notice this, pull the ropes back and trap the fish that have been caught under the net. As you do this fold the ropes around your hands.  This will ensure that you don’t make a mess of rope under your feet and end up tripping yourself. 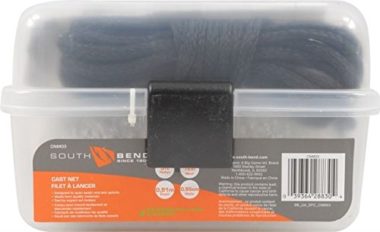 Fishing for mullet with a hook and line

Note that there are many different species of mullet. If you want to use a hook and line, you should be aware of the species you can easily find in your area, their behavioral patterns, and were in your area that you are going to find them.

Estuaries, canals, and harbors are great places to search for mullet. The good thing is that if they are there it is easy to spot them as they will often be close to the surface. A rising tide will probably bring them closer as they feed on algae.

Once you spot them, the next thing that you want to do is to prepare your tackle. Pick a mullet fishing line that is not very visible to the fish such as a fluorocarbon fishing line. Mullet have excelled eyesight. Also, you will need a small bit and a 2.7-pound test line.

Preparing the bait for the mullet can be tricky. You are going to find a lot of different baits recommended for going after mullet. However, since mullet prefer feeding for algae, bait fishing is often not the best way of going after mullet. It, however, will work when done correctly.

You can use peeled prawn, ragworm, and bread and dough.

If you prefer bread and dough, which is highly successful, just make sure that you toss a lot of crumbs where the mullet are and put a hook in one. 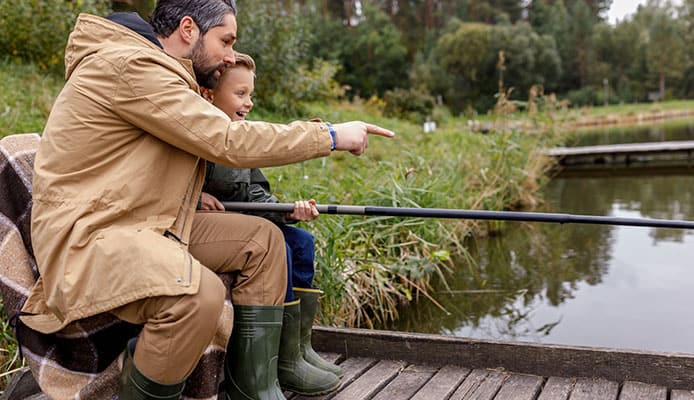 When you keep in mind that mullet fish prefer to school near the surface of the water, a fly can be a great way to fish for them. And you don’t need a large fly as a small one will do just fine. For mullet that are feeding near the bottom, don’t be tricked into thinking that how to catch mullet is getting their attention using a flashing lure.

Make sure you have the right fly fishing line as well.

A good strategy is to use oatmeal or breadcrumbs which you will throw in front of the mullet as they feed. Also, throw in a hooked bread crumb and you may hook one.

Anyone who has ever tried mullet fishing with a line and hook will tell you. These fish may be small but they are feisty and will struggle profusely to free themselves. The best way to reel them in is carefully and slowly.

A braided fishing line is excellent when you want to feel how the mullet are behaving in the water.  Keep in mind that these fish are jumpers. Don’t be surprised if your catch leaps out of the water and wiggles the hook free and escapes.

Using a chum bait with a hook and line

We’ve established that mullet are not the easiest fish to catch with a hook and line. However, you can significantly increase the chances of catching one by using chum on a hook.

Chum creates a feeding frenzy which you can then take advantage of by throwing in a hook. You are very likely to catch a mullet in this way.

The spinning reel that you use needs to be small and medium-sized. Also, it should have a spin cast reel with a 4.5 kg test line. If you want to use multiple hooks, make sure that they are spaced 10 inches apart.

Now it’s time for you to prepare the bait. You will need water, oatmeal, or chicken feed. Use equal mash of oatmeal with water. Create something that looks like a dough ball.

You want to ensure that the mixture isn’t too thick otherwise it will take too long to dissolve when it gets into the water. It could also become too heavy that it simply sinks to the bottom. However, it should also not be too thin or it will quickly dissipate. The best chum should breakaway slowly to attract the mullet.

A good fishing watch may come in handy in this case.

Look for a spot where you are sure mullet are hanging out. This should not be too difficult when you consider that these are schooling fish. Once the chum is in, throw in your hooks and you should catch the fish.

There are many ways on how to catch mullet but by far the best and most successful method is by casting a net. Once you have perfected this strategy, you will be pulling in tens of mullets from the water. 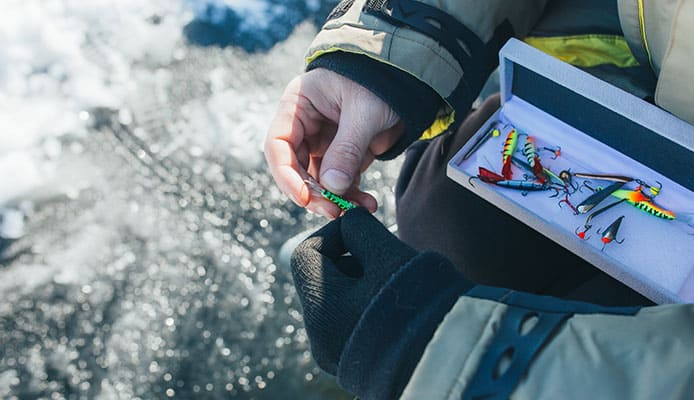 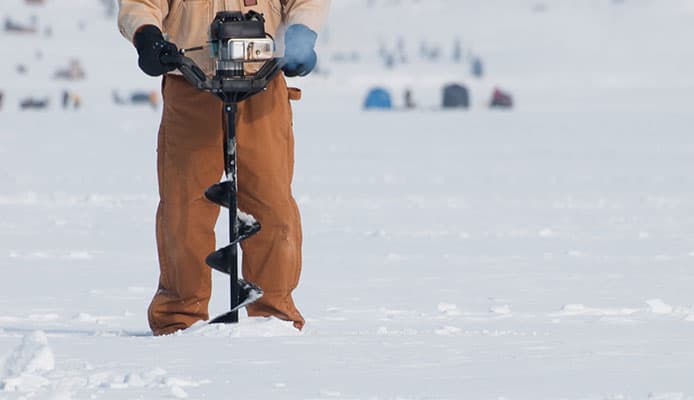 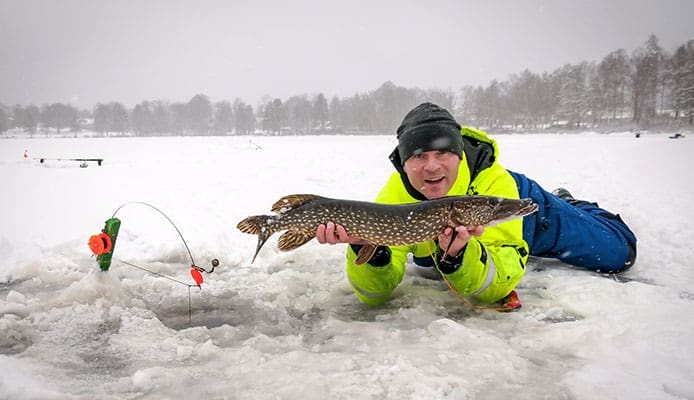