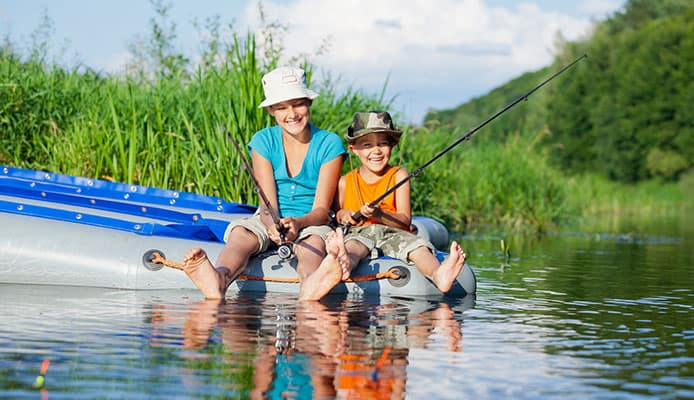 Although the ladyfish is not one of the most targeted fish species, it is one of the best fishes to go after, especially if you are just getting started with fishing. The fish features a big fighting strength and an incredible jumping ability. This makes ladyfish fishing interesting. The fish can grow up to 39 inches and weighs up to 15 pounds.

If you are a ladyfish fishing beginner, this article should help you out. We will be showing you how to catch ladyfish.

The Steps You Need to Follow When Lady Fish Fishing

The secret to landing your target fish is determining where the fish hangs out. Even if you already know how to catch ladyfish, landing the fish will be impossible if you are casting your spinning rod in the wrong spot.

Throughout the year, you should be able to locate the ladyfish along the coasts, within the estuaries. The fish is capable of tolerating varying salinity levels, from full saltwater to almost full freshwater.

Juvenile ladyfish is fond of sticking to the calm backwaters which exist between the salt marsh grasses and the mangroves. The adult ladyfish prefer hanging out in the deeper channels. When spawning, the adults usually go offshore. The fish generally does not change its behavior irrespective of whether the waters are cold or warm.

The ladyfish is an active feeder around the clock. This means that as long as you are using your saltwater fishing rod at the right spot, landing the fish shouldn’t be tough. The ladyfish prefers to hang out in groups. If you catch one, there is a chance that there are more ladyfishes close by.

2. Invest in the Right Fishing Equipment

As mentioned earlier, the ladyfish is a good fighter. Hence, when ladyfish fishing, you should have equipment that has the ability to handle all the action. While the fish does not run far, it is capable of stripping drag and jumping. In this section, you will get to learn the necessary ladyfish fishing equipment.

The length of the spinning rod usually follows the fishing thumb rule. According to experts who know how to catch ladyfish and other fish species, the longer the rod, the greater the casting distance. It is, however, worth noting that shorter rods do offer better accuracy.

If your goal is to land the ladyfish, a 7-foot spinning rod should be ideal. To reduce the chances of the rod bending, you should invest in a strong rod. If your rod bends, setting hooks will be tough for you. 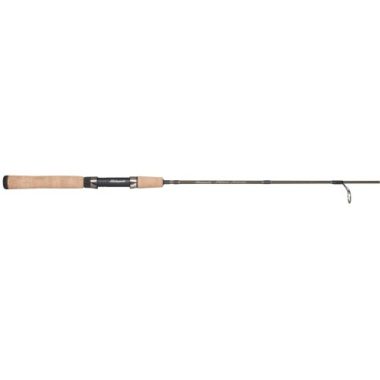 The spinning reel should weigh 8 ounces at most. Also, the reel should feature a high reel gear ratio.

The ladyfish is generally fond of fast-moving lures. This is the main reason a high gear ratio reel is necessary. The higher the ratio, the faster you will be able to reel in your lures without having to deal with a lot of fatigue on your wrist 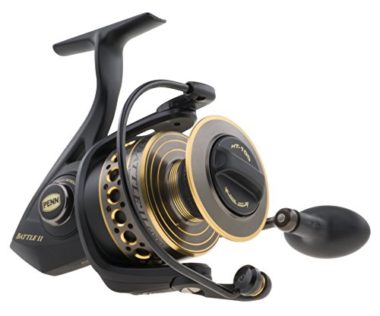 According to experts who are familiar with how to catch ladyfish, the best fishing line to use as a leader when ladyfish fishing is the fluorocarbon line. The ladyfish features razor-like teeth. You need to use a leader featuring a line that cannot be cut quite easily.

Without the right baits and lures, your knowledge on how to catch ladyfish may not very useful. The fish will only attack if you are fishing something it finds interesting.

The major diet for the ladyfish is made of small silvery fish. The juvenile ladyfish prefers to feed on glass minnows, mullet, sardines, and small menhaden. If you will go after the adult ladyfish during your night fishing trip, you should focus on presenting mullet, bigger menhaden, and sardines.

The natural ladyfish preys are usually abundant in the estuaries. When gathering everything you will need during the fishing trip, you can focus on catching the live bait.

One of the best lures you can use when ladyfish fishing is the silver spoon. A small silvery and shallow-diving plug that has the ability to mimic the mullet could also be an ideal lure. 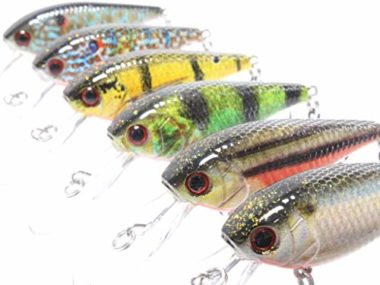 Unless you observe the ladyfish closely, you may not notice the sharp set of teeth in its mouth. To unhook the fish without getting cut by the teeth, you will need a pair of fishing pliers. 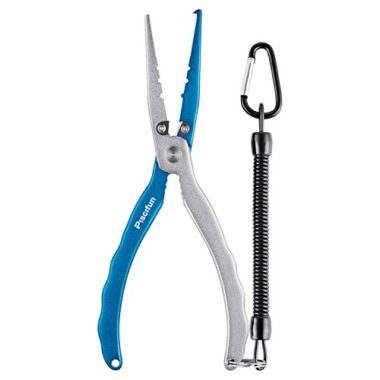 If you are yet to locate an ideal fishing spot, observing the birds’ behavior could help. The ladyfish usually chases the baitfish to the surface. This allows the birds to catch the baitfish. If you see surface action, there is a chance that ladyfish may be close to where the action is taking place.

After arriving at the fishing spot, you should focus on casting your lure or live bait as far as you possibly can. After casting the lure, hold onto your rod firmly and then start reeling in.

The lure has to move at a fast pace. If the lure is not moving fast enough, it may not attract the attention of the ladyfish. If your reel features a high gear ratio, achieving high lure speeds shouldn’t be a big problem.

Telling when the ladyfish has taken a bait is easy. When you feel that the fish has taken the bait, act quickly to set your hook. At the same time, be prepared to fight with the fish as it will try to do everything in its power to break away.

If you intend to release the ladyfish, you should take caution when unhooking the fish. Use the pliers to avoid getting into contact with the fish’s sharp teeth. If needed, you can hold the fish down using a towel.

The ladyfish is famous for spraying boats with its nasty poop. For you to enjoy being in your boat the next time you are on a fishing trip, you should invest some time in cleaning the boat. You can mix liquid detergent with a cup of white vinegar if hot water and detergent alone cannot get rid of the blood and poop stains.

Ladyfish fishing is generally fun if you already know how to catch ladyfish. The fish is abundant in estuaries featuring a good mix of salt and freshwaters. The fish usually bites all day. This means that you can go after the ladyfish at any time of the day. 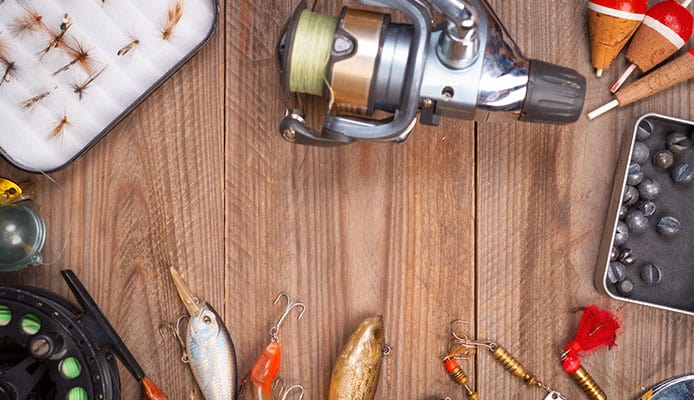 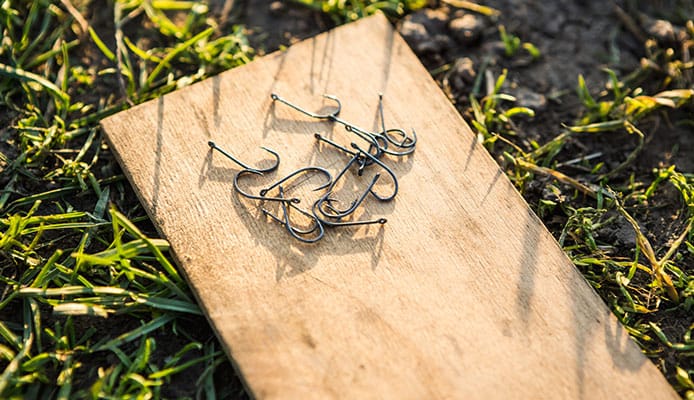 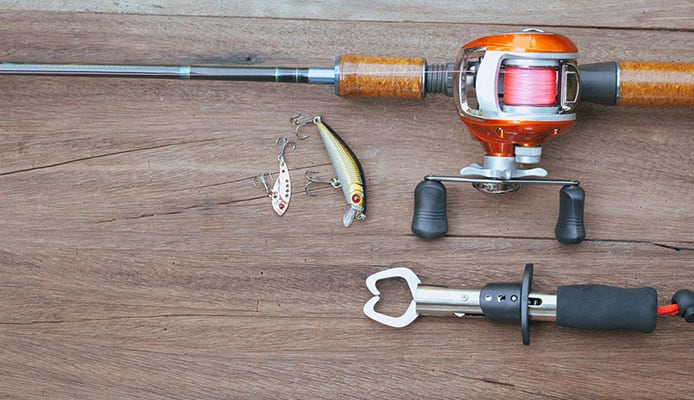