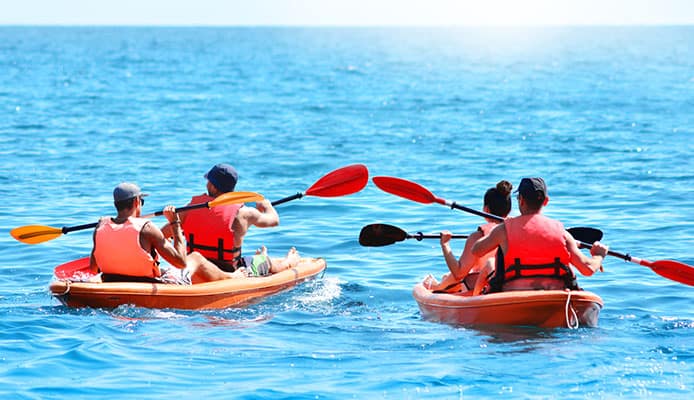 Kayakers love being in the water with their boats. From white water rafting to sea fishing, there are kayaks designs made for almost all types of water conditions. Think of ocean fishing kayaks. But have you ever wondered where it all began?

Part of being an excellent kayaker is understanding the history of kayaks and kayaking. Let’s discover more about the beginnings of these small boats that play such a huge role in allowing us to conquer the watery world.

History of the kayak

When you look at your recreational kayak, it’s interesting to think that Kayak’s history dates back millennia with some people believing that there were kayaks well over 4000 years ago. In fact, archeological evidence suggests that there were kayaks as far back as 2000 years ago. If you were to ask the traditional people of the Inuit tribe, they will probably tell you that kayaks have been around for as long as they have.

The first people to build kayaks were the Inuit and the Aleut tribes of the arctic. There are however speculations that the original constructors of kayaks were the Koryak tribes. These were found in northern Russia and migrated to northern America across the Bering sea.

The Inuit created two different types of kayaks. The first was made from driftwood that has a light structural frame while the other was made from seal skin that was stretched on a frame made from whalebone.

To make the skin waterproof, they would use whale fat. For more buoyancy, seal bladders would be filled with air and were placed into the fore and aft sections of the boat. They had a decent level of comfort especially when you consider that the models lacked some of the features that make modern kayaks comfortable such as added kayak seats.

The kayaks could be designed for a single person while larger ones could carry whole families. These large kayaks were known as images. Some kayak designs could have been as long as 60 or more feet.

The main function of the kayak, especially the smaller ones was for hunting. In fact, the name kayak itself translates to “hunter’s boat”. The small profile of the kayak made them silent and undetectable. Inuit hunters could get close to animals and kill them quite efficiently.

Animals that were especially targeted included caribou, whales, and of course seals. They, therefore, worked pretty much the same way as modern fishing kayaks.

In the early 1800s, the popularity of the kayak had spread to Europe, and soon the French and German troops were using it for sport. Explorers who dared to venture out further into the icy north and south pole also used kayaks.

In the 1900s, the kayaks turned adventurous and a man named Adolf Adele used a kayak on the Salzachofen Gorge in1931. It is believed that white water rafting began thanks to the actions of Adolf Adele. Very soon after his daring accomplishment, the international scale of river difficulty was established.

This is the same scale that is used today and determines the danger level of rivers.

There were kayak games in 1936 held at the Olympics in Berlin. Soon afterward the United States joined the sport. By the mid-1950s, kayaks were made from fiberglass material. It was only later on in the 1980s that plastic kayaks began to be manufactured.

The Evolution of the kayak

As is with any other invention, the Inuit kayaks must have undergone a lot of changes and developments over the centuries to refine them into efficient boats.

In fact, by the 1800s, there were different kayak models used by the Inuit’s themselves to handle different environments. Slender, long, and fast kayaks were common among the Aleutian Islanders. These often featured two or three cockpits that would be used by multiple paddlers.

This design is found in today’s touring kayaks or tandem kayaks.

The further north you went, you would find wide kayaks that featured a shorter frame. The ice here meant that the kayaks needed to be highly maneuverable.

The skin on frame kayaks of Europe

Kayaks, as we have seen were used for fun and sport by the Europeans. Initially, they adopted the skin and frame design of the Inuit.

Alfred Heurich was the first man to develop the most efficient folding kayaks at the time. It was constructed from bamboo poles and sailcloth and could be taken apart and folded to fit into three bags. However, it lacked some of the conveniences of modern kayaks such as kayak anchors.

As the years moved towards the mid-1900s many German middle classes had disposable income and were looking for fun ways to spend time in the water. Another German, Johannes Klepper improved on the original design by Heurich. It was known as the Flatboat and proved a huge commercial success as many people bought the kayak.

Then there was the Swiss Walter Hon who created the Folboats. These also featured a folding design and competed with keepers’ design.

In 1865, John Macgregor a Scottish man developed the first hard shell kayak known as the floating boat. Even while he took inspiration from the Inuit kayaks, his development, known as Rob Roy had a larger design.

Another Scotsman by the name of Ken Taylor took an expedition by himself to Greenland and returned home with an Inuit kayak.  This kayak sparked a lot of interest among the Europeans. While MacGregor had based his designs on sketches, this one was an original Inuit kayak.

The design was copied all through the 1900s by kayak makers in Europe.

Kayak manufacturers now use computer-aided design to develop kayaks that look very little like the original Inuit kayaks. The change from fiberglass to plastic means that kayaks became lighter and more maneuverable. This also had a significant impact on their durability.

As a result, kayaks were utilized in white water sports. Now there are different kayak designs, shapes, and sizes from pedal-powered kayaks to models that utilize kayak fishing accessories such as kayak fish finders. They are all meant to suit different people as well as for various water activities.

While it’s easy to view kayaks as a modern design, the truth is that they have actually been around for thousands of years. Their basic shape has changed very little over the centuries and remains an excellent way for someone to master the water world. 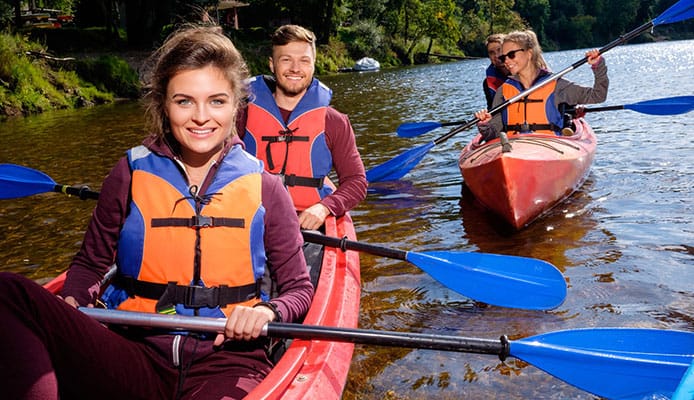 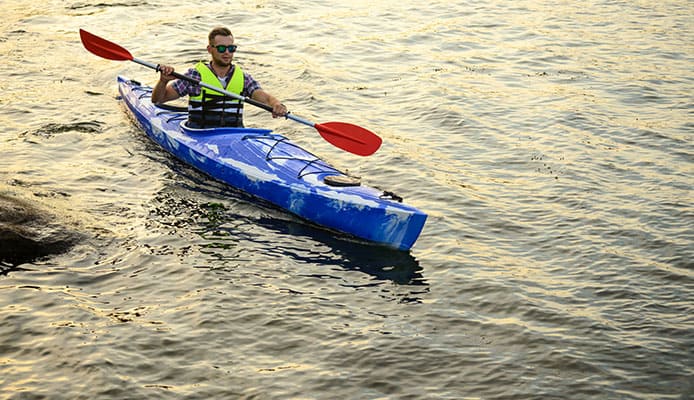 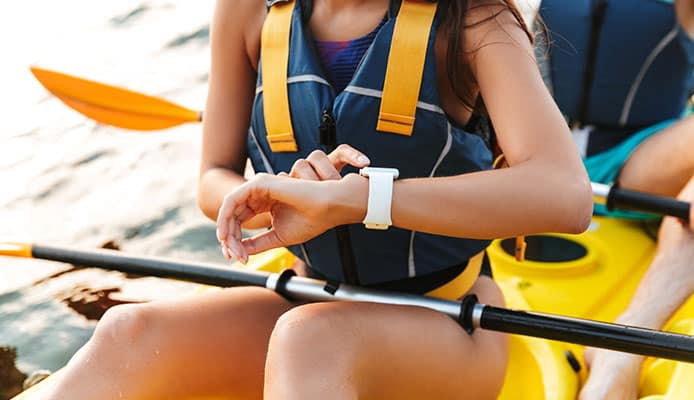