Being one of the most used and popular parts of sleeping equipment besides tents and sleeping bags, as a hiker or a backpacker, you should learn how to tie the hammock up. Learning how to tie a hammock will make it easy to place it basically everywhere you want – between trees, signposts… But not all the hammock knots will do the trick. If you opt-out for simple “bunny ears”, or any other basic knot, there is a chance it will untie itself, especially if the weather is not ideal. This article will lead you through the process of hammock knots tying, so next time you’re out in the wilderness, you won’t have to worry about it and can simply relax and enjoy nature without the fear of hitting the ground in the middle of the night.

What To Avoid And Where To Tie Your Hammock

Before we head to the “what to do and how to do it” part of the article, it is good to go through the process of finding the right spot for your hammock by eliminating the ones you should avoid at all costs. The only place you should absolutely not tie your hammock is a tree – or any type of possible hanging place whatsoever – that looks like it may fall easily, because there is a great chance you’re right and that it could happen. So don’t use dead trees, sick trees, or those that look like they are about to crumble or you may end up on your back and hurt yourself.

Besides that, make sure your location allows usage of the hammocks. It most likely does, but it is better to be safe than sorry. Just check the regulations, and if it is OK, you’re good to go.

If it does, find something that stands and is stable enough so it can carry the weight of your hammock with you in it and proceed.

The Difference Between The Hammock Knots

When we speak about how to tie a hammock, there are two important categories you should know, regarding the knots – they can be either static, meaning they can carry heavy loads, or adjustable, which are used to adjust your hammock’s position.

How To Tie A Hammock

If you’ve found the right place, the time has come to tie the knot, and here is a step-by-step guide on how to do that, so it doesn’t fall.

4 – Manage the loop through the hole you’ve just made

6 – The final result should be a knot that has a loop on one of the ends. Face that end opposite of the object you’re tying your hammock to, and then wrap the free end of the rope around the tree, so it comes back over your knot

7 – Now back the underneath end over, this way forming a knot with the free end, still facing the way it was facing before you’ve rounded, let’s say tree, with it.

8 – Do it as many times as you think is necessary.

9 – When done, on your last time you do it, pull the end through the hole the rope created by looping around itself.

Other Static Hammock Knots And Tips 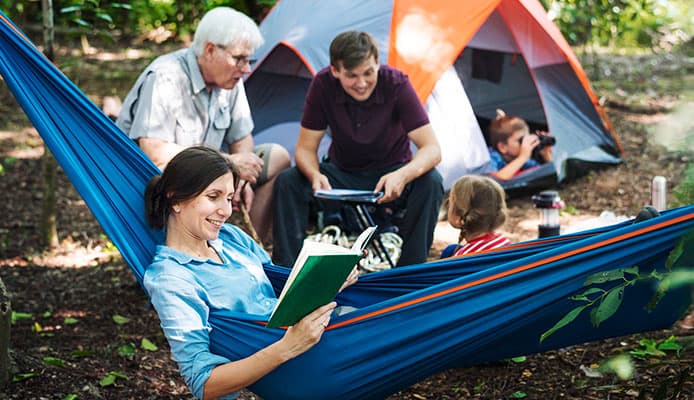 There are lots of people who consider making knots an art, and not without the reason. The more you know, the easier you’ll find the right one for you, or will be able to adjust to any specific situation that can occur while you’re outside in the wilderness which requires knot-tying knowledge.

This type of knot is used for tying your shoes, and you can use it here, also.  Start by forming a loop, then circle that loop using the other piece of the string. Now take the bight of that sting and move it through the knot, this way forming a second loop.

You’ll get the most out of this knot if you previously wrap the rope around the tree a few times, taking the two ends opposite ways around. If you want a quick release option, loop one of the ends and tie it to the free end.

Start by moving the rope counter-clockwise around the branch or glove, placing the tail end to the left. Move your right hand with your palm up under both pieces of rope and grab the left one (tailpiece) between using your index finger and your middle finger, like you’re trying to cut the rope with imaginary scissors.

Move your thumb through those two pieces, above those two fingers you’ve used, and then bring it to right, like you’re hitchhiking. Don’t move your thumb, but rotate your wrist to the right to the back of your hand is now facing up. The thumb should have created a loop. Now use the “scissors” to put that part of the rope through the loop. Pass the free end through the loop to secure it.

The absolute king among the hammock knots is the so-called “bowline knot”. Before you do it, make sure you’ve gone around the tree with your rope at least twice, so it doesn’t slip. Now, take the rope with your left hand so the free end hangs down. Form a small loop in the line you’re holding. Take the free end and move it through the eye from under, and wrap the line around the standing line, then through the loop. Tighten it by pulling on the free end while you hold the standing line.

For your ridgeline, although you may use static, it is better to have the option to adjust it, so use the slip knot. Make a loop by doubling the line onto itself, then run the tag end back to the loop and lay it over the double lines. Now use that tag end to go around the double lines one or two times, and finish up by moving it through the loop.

Learning how to tie a knot is not only fun and yes, it may make you more popular among your friends, but it is also crucial knowledge for every camper and hiker. This article should help you go through the basics, so you’ll ready next time you hit the road. 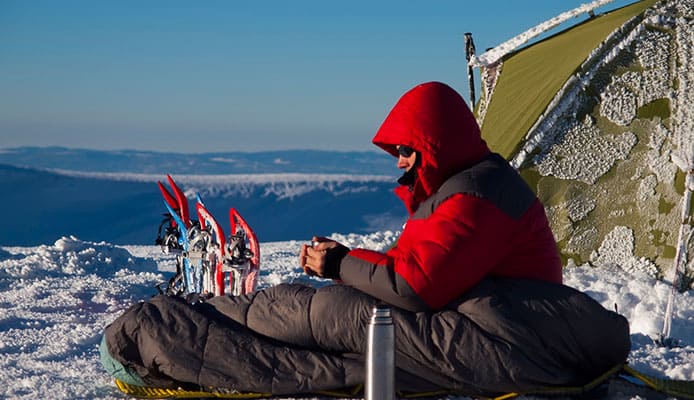 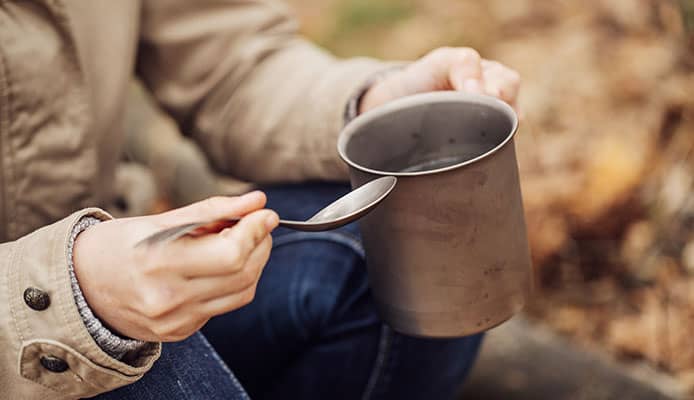 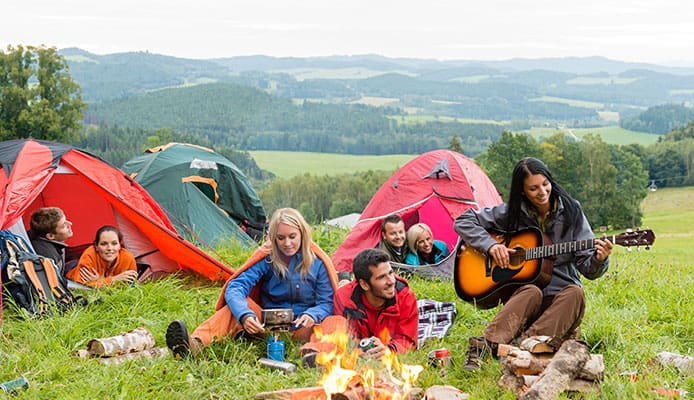