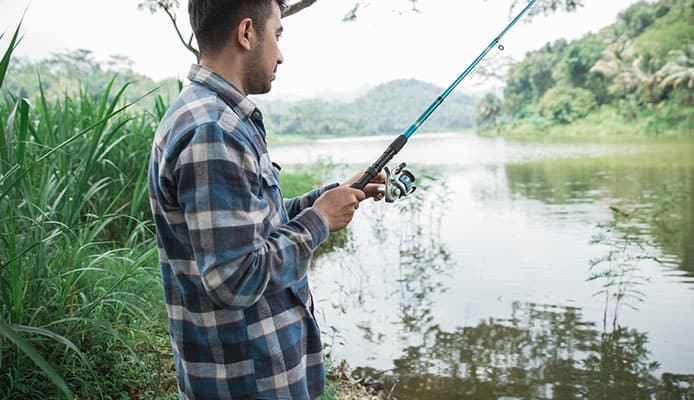 If there ever was an easy fish to catch, then it has to be sunfish. When kids are being introduced to fishing, sunfish are often the first fish that they will go for. You might need fishing pliers in case you catch the wrong fish.

And the great thing is that sunfish can be found all across the rivers and lakes of the US. Pretty much anyone, whether beginner or seasoned angler can go fishing for sunfish. All you need is to pick a good fishing spot; have the right tools and you are all ready to go.

The right equipment for sunfish fishing

Sunfish will not require any complicated or heavy equipment. A light spinning tackle, cane pole, fly casting tackle or a fiberglass pole will be all that you need. At the end of a 4-pounds line should be a small hook and you are all set. Plus a fishing chair to chill and wait for the sunfish to take the bait.

Why you need a small-sized hook

You will not need to use a large hook with sunfish as these are typically small fish. A small hook allows the fish’s mouth to close around the bait nicely as the hook sets itself.  The best hook sizes are anywhere between 6 and 10.

As for the bait, small insects such as crickets, moths, grubs, and worms will do. If you are using worms, make sure that you don’t use the entire worm, unless of course, it is a small worm. This is because since sunfish are smaller sized fish, they could nibble on part of the worm while completely avoiding the hook.

Whenever you go out fishing make sure you have the best fishing shoes.

Using live bait, however, should be limited to open water. If on the other hand, you chose to fish in water that has weeds, rocks, or brush, then these can pull out the live bait from the hook. Instead, use artificial bait that is going to have a much more solid hold on the hook.

You can also try using small spinners and spinnerbaits. This is how to catch sunfish.

Where to fish for sunfish

Like we noted above, it is not all that difficult to find sunfish. They are located in most rivers, lakes, and ponds in the United States. What you will need to do is find a spot near you.

There is not much of a difference in fishing in the different water bodies. You can be successful at pulling out sunfish from any of the rivers, lakes, or ponds. All you need is to find an area that is best suited for you.

Sunfish will mostly rely on their eyesight to find their prey and this means that the best time to go fishing for sunfish is during the day. They are more active than at night. The combination of clear water and the sun high in the sky creates the best fishing opportunities.

During the fall, the best time for sunfish fishing is midday. In summer, morning and evening times are best. The sun can beat down on you so get a nice fishing hat and some fishing sunglasses.

While sunfish are never too hard to find, they like to hang around shallow areas that also provide them with safety cover. Look for shallow sections of the rivers and lakes that have brush, weeds, or rocks, and try fishing in these areas.

The right technique for sunfish fishing

Always keep in mind that sunfish are not chasers and will prefer to go for still bait. Because of this, always put the bait under a cork. Also, ensure that the cork isn’t too large as a big float will scare them away and prevent them from taking the bait.

Try different lengths between the cork and bait when trying different methods on how to catch sunfish.  Often between one and three feet will do.

If, however, you are fishing in an area where the water is very clear, you will not always have to use a cork. Just make sure that the line is light to allow the bait to sink slowly to the bottom. If you don’t get a bite then cast the line again after a few minutes.

During winter, the sunfish will swim down deeper to get to the optimum water temperature so if you are fishing for sunfish during this time, you may need a longer line.

Sunfish may not be chasers but you can still try to drift the bait across the water on your boat at a slow speed. This is best when you are not getting any bites. You are likely moving the bait through an area where there are sunfish and get a bite. This method is particularly successful during the summer when the sunfish have moved to more open water.

As you drift the bait, let the line and bait go to a depth of between 10-15 feet.

If you are introducing kids to sunfish fishing, then you will need to get them quality kids fishing poles. 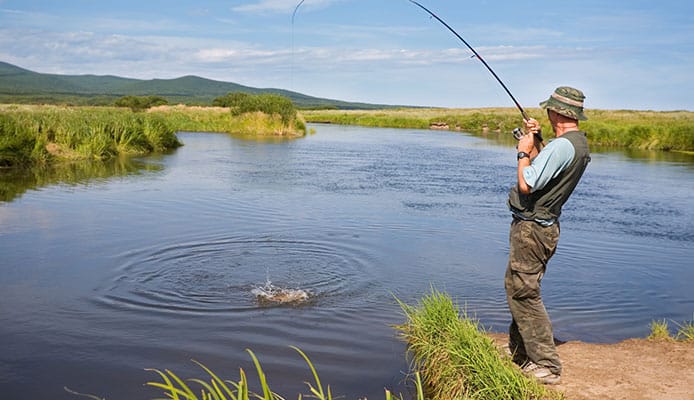 While sunfish are not all that difficult to catch, it’s important to understand your quarry to be good at catching them. There are many different species of sunfish and are all considered nest-building fish. The nests are built by the males which are then used by the females to lay their eggs. These are fish that like to school together for added safety.

Sunfish can be thought of as warm water fish and have two dorsal fins and their scales are rough. While some sunfish species are small, some grow larger and these make for a thrilling and exciting sport for anglers all over the US.

Always have a reliable tackle box that you will use to store your fishing gear.

Since sunfish breed and grow fast, you can pretty much fish them without worrying about their numbers declining. That said it is illegal to do commercial fishing on the sunfish.

The best bait for sunfish

Sunfish may be small but they are not picky about what they put in their mouths. This allows fishermen and anglers to catch them with a variety of different baits. That said, natural bait is the best from earthworms, catalpa worms, crickets, grubs and sometimes you could even use small bread balls.

Tips for getting bigger sunfish

Sunfish may not be the biggest fish in the lakes and rivers but they will grow to a decent eatable size. This is especially so with the bluegill sunfish.

But how to catch sunfish of a larger size?

If you want to catch the larger sunfish you will need to do something out of the ordinary. For one it is the smaller fish that rise closer to the water’s surface. The larger fish reside deeper where they remain safe from the fishermen’s baits. That means casting your bait a bit deeper than normal.

When searching for larger sunfish, you will need to use a heavier spoon that is going to drop down to the bottom. Make sure you find the right spot to cast your bait which is often outside weed edges. The bigger fish will use these as great places to feed.

The great benefit for the angler is that these are curious fish and as soon as they notice the bait, they will try and check it out.

Always have all that you require in your fishing backpack.

Try and find areas that are not easy to access and those that most anglers will try and avoid. Often there is less pressure on the fish which allows them to grow to maximum size. While you might have to trek, kayak, or canoe for hours, you will be rewarded with sunfish that are of above-average weight and size.

Keep this in mind always when fishing for sunfish.

Also, check the type of bait that you are using, a lightweight jig or bait will fall slowly before reaching the bottom of the river. This allows the sunfish to spot the bait and make a beeline straight for it. If you were to use a heavier bait, it would fall in at a fast pace and quickly speed past the sunfish. This makes it hard for the bait to get taken.

Don’t forget that you will need to always use a good quality fishing line.

And lastly, use fresh bait. Whether it’s minnows or worms, the fresher the bait, the more enticing it is going be for the fish. You can do this by placing the bait in a cool container. As the water temperature rises, it loses its oxygen capacity and could cause the bait to die. This is exactly why you should find a way of cooing the container that has the bait.

Sunfish are not only great to catch but they are also delicious to eat. Their fast breeding and growth mean that you can fish them all year round. By understanding their behavior and using the right bait and tools, you can catch plenty of sunfish. 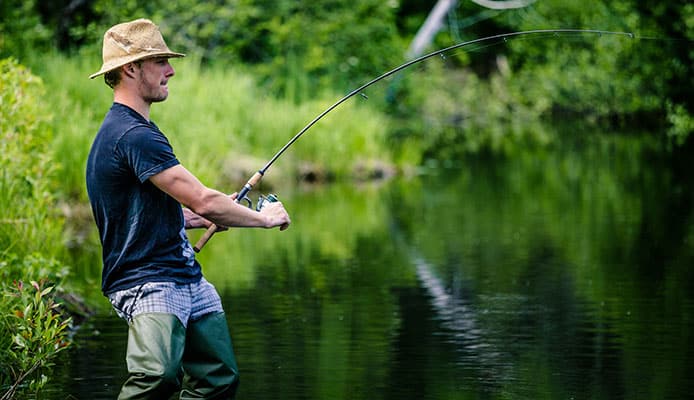 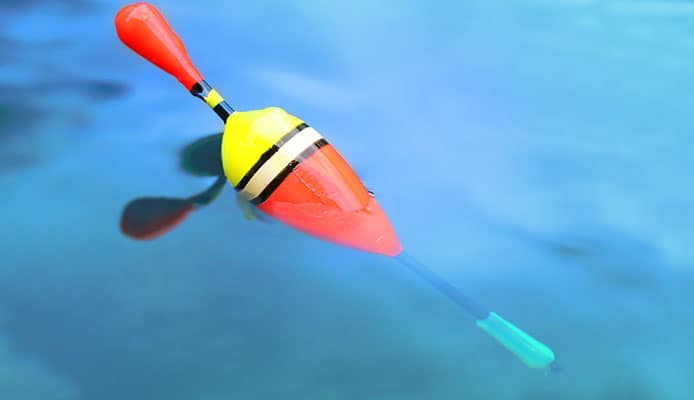