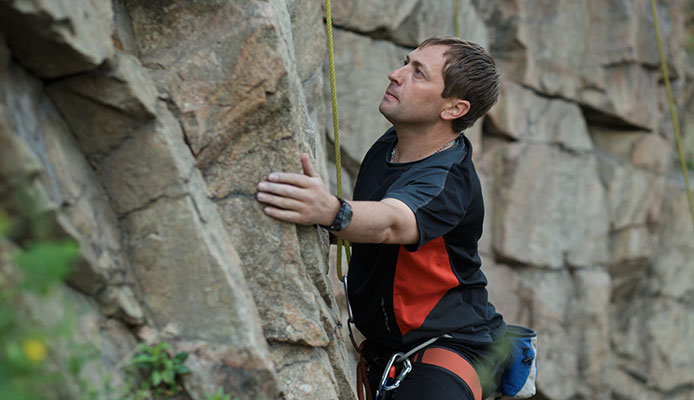 Aside from grip and finger strengthening exercises, climbers also need to devote enough time for climbing endurance training. This particular type of training helps to develop endurance and resistance against lactic acid among your muscles, thus allowing you to fend off muscle fatigue and climb longer. Below are some climbing power endurance training exercises climbers often do. Some exercises specifically target the forearm muscles, while others will help with overall climbing endurance.

If you’re just getting started with rock climbing, be sure to add the following climbing power endurance training exercises to your routine.

Barbell Rotations are an excellent exercise that will get your forearms pumped and sore. To do this exercise, follow the steps below.

The farmer’s carry is a staple exercise for all athletes (not just rock climbers) who want to develop forearm strength and endurance. The steps for doing the static farmer’s carry are outlined below.

If your forearms don’t feel sore after the one minute mark, get a heavier pair of dumbbells.

Another great forearm exercise that will help improve the said muscles’ endurance is the static hold. The exercise itself should be pretty easy to execute, but it will leave your forearms feeling pumped.

A great climbing endurance training circuit that incorporates the previous exercises mentioned above. You’ll be doing this in circuit fashion (one exercise after another and repeating the whole routine). The routine is as follows:

Although belonging to the same category, this exercise is very different from the static holds. To do this exercise, follow the steps below.

After that, bring your right hand back up and bring your left hand down to your side. Repeat the exercise three times with each hand, then go down and rest both arms for one minute before repeating the routine for another 4 rounds.

This climbing power endurance training routine will not just build endurance in your forearms but the other muscles used in rock climbing as well. This will involve some actual climbing, so get your rock climbing shoes and climbing chalk ready. The routine is as follows:

This is a toned-down version of the above exercise because instead of four, you will only be climbing one boulder problem for the whole exercise.

Circuits are great for climbing endurance training, and this particular climbing circuit is sure to fire up those climbing muscles.

Lemon / Lime is not just another rock climbing game because it is also considered to be one of the best exercises for developing stamina and endurance in rock climbing.

The calves are one of the main muscles involved in climbing footwork. Without calf muscle endurance, you won’t be able to hold your toe-hooks and heel-hooks for long.

Repeat the exercise for three sets of twenty-five repetitions each. 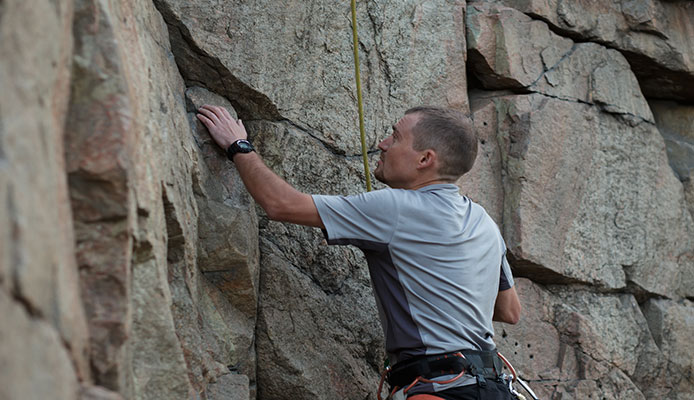 Q: How do you build forearm endurance?

To build forearm endurance, focus on doing climbing power endurance training exercises that specifically target the said muscle group. Repeated exposure to such exercises and the soreness that comes with them will help your forearm muscles cope with stress and pain. Eventually, your forearms will become much more capable of enduring pain and soreness.

Climbing can make your forearms bigger, but they won’t get anywhere near as big as a bodybuilder’s forearms. During exercise, muscles develop micro-tears, and repairing these damaged tissues is what adds mass or size to the muscle. As your forearms get used to climbing, micro-tears stop developing and the muscles will pretty much remain the same size. 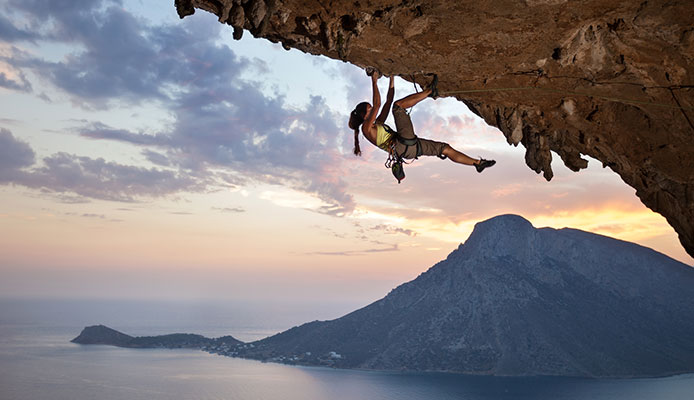 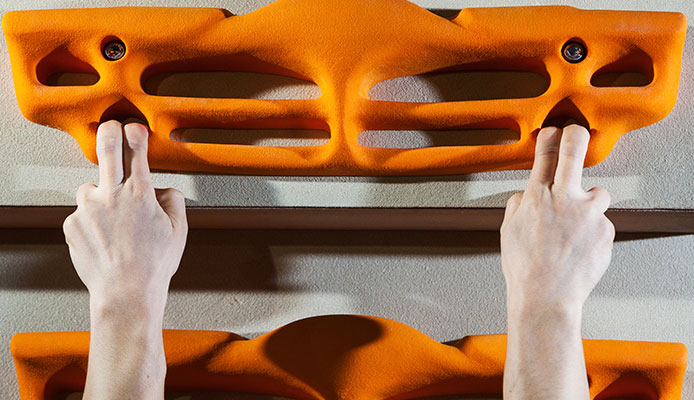 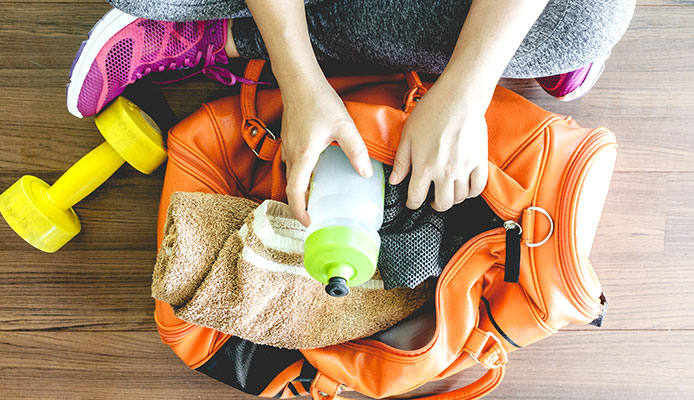