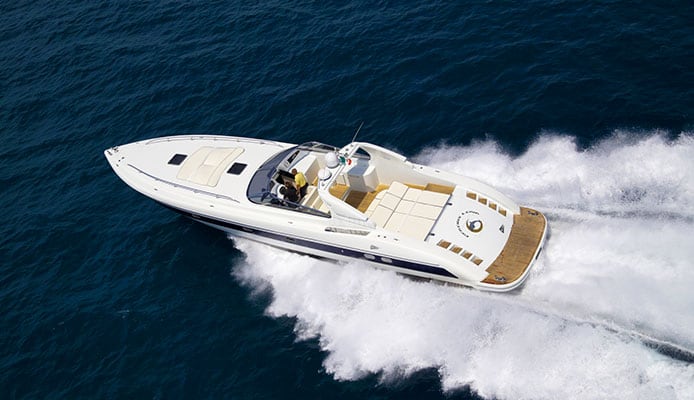 When it comes to buying a boat, one of the most important features of a powerboat to consider is the motor. Remember, buying a boat is a huge financial investment, so you’ll want to make sure that you are getting your money’s worth. There are basically four-engine boat types, each of which has its own pros and cons. If you are planning to get a new boat or a new engine and need some help learning about the different marine engine types, the following article is for you.

Outboard motors like the ones used in inflatable boats are perhaps the most popular type of boat engine and are mainly so because it is what most people would imagine when they hear the term ‘boat engine’. They are a self-contained engine composed of an engine, a propeller, and a steering mechanism. As their name suggests, outboard motors are exposed and affixed to the rear end of the boat or the transom. These motors can be operated either from the boat’s console (which is then steered using the steering wheel) or by using a gear or the tiller attached to the engine itself. Outboard motors come in two-cylinder and three-cylinder models, though there are also larger outboard motors like V-6 and V-8 engines available.

Many boating enthusiasts prefer outboard motors because of their various advantages over other types of boat engines. For one, outboard motors are often more effective in navigating shallow tidal waters because the tilt and trim can be adjusted to adjust to the water’s depth.

Outboard motors are also easier to maintain since the motor is exposed. When out in the water, it is much easier to fix any problems with an outboard motor because it is accessible. Simply remove the cover or the cowling and you should have free access to the different mechanical components of the motor. Because they are easier to clean and maintain, outboard motors often last longer than other types of boat motors.

Unlike outboard motors, inboard motors are installed directly under the boat usually in the middle or rear end, and can be controlled through a console or dashboard setup. There’s also a marine V-drive engine which is a modified inboard motor and is installed closer to the boat’s stern. The motor is accessible through a hatch that can be opened in the deck. The shaft, rudder, and props are all located on the underside of the boat thus leaving the transom free and clear. Because of this configuration, inboard motors are mostly installed in large boats.

Inboard motors are powered by either gasoline or diesel fuel and come in a single or twin-engine variant.  There are 1- to 12-cylinder models as well, though most boats are fitted with 4- to 6-cylinder models. They are either cooled using a freshwater radiator or a water pump system that draws water from the lake, river, sea (or wherever the boat is being used) to cool the engine.

One of the advantages of inboard engines is that the weight of the engine is at the bottom of the ship, so it is a good ballast for improving the stability of the ship. Also, because the propeller is tucked neatly under the boat and away from the transom, it is a much safer option for those who are looking to use their boats for towable tubes, water skis, wakeboards, and others.

Since inboard motors are directly located on the underside of the boat and completely submerged, they are more prone to water damage than outboard motors which are installed high above the water’s surface. It is also pretty common for fishing lines, aquatic vegetation, and even garbage to find themselves inside the inboard motor’s compartment which in turn can damage the engine’s components. And because of the motor’s location, it can be a challenge to clean and maintain it regularly. All in all, inboard motors are great for power and speed though 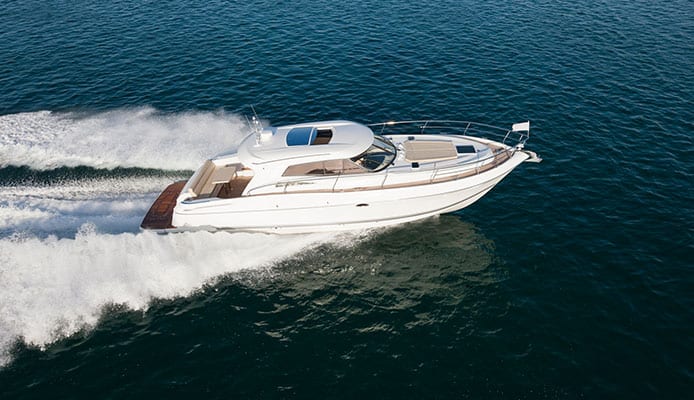 Sterndrives or also known as inboard/outboard motors (I/Os) have taken the best parts of both inboard and outboard motors. First, it is mounted inboard forward of the transom which leaves more space for boaters and anglers and other equipment like deck chairs or even a boat grill. The shaft goes through the transom to the drive unit which is located outside the boat and underwater. Like an outboard motor, stern drives have propellers and can be pivoted up to facilitate moving the boat in and out of the water. They are also available in different models, with 4-cylinder and V-6 engines being the most commonly used.

Many boaters like stern drives because it allows for greater steering control at all speeds. It also allows for forward and reverses movements for easier handling. The outdrive unit of stern drives can also be adjusted to allow for shallow water usage. They also tend to have better fuel economy and are easier to clean than inboard motors.

Inboard/outboard motors are generally safe, though they are still not really recommended for boats being used for water-skiing, wakeboarding, wake surfing, and other similar water sports. This is because the propeller is still exposed and this can create some risk for the person being towed behind the boat. However, some sports boats use this type of engine and are allowed to do so as long as their design incorporates some form of protection against injuries that can be caused by the blades.

Jet propulsion systems are the ones that you usually see on jet skis. These types of motor do not use propellers to move the water vessel forward; instead, they draw water from beneath the hull, passes it through impellers, and forces it out using extremely high-pressure to push the boat forward. These engines also have movable nozzles where the water exits, and moving these nozzles is what steers the boat.

Jet drive propulsion systems are mostly used in small water vessels and can provide fast acceleration. But the real advantage of using this type of boat engine is that it can be used in shallow waters without the need for adjusting an outdrive unit, unlike the stern drive. And because of the absence of the propeller blades, there is no need to worry about people and marine creatures behind the boat getting injured. The speed brought about by the jet propulsion and the easy maneuvering from the movable nozzles can result in a fast and exhilarating ride.

There are certain issues that one needs to be aware of before choosing jet propulsion systems. For one, larger systems can be pretty loud and noisy. They’re not very fuel-efficient as well compared to other types of boat engines. Also, small pebbles, leaves, and other debris can get sucked into the unit which can damage it. It should also always be remembered that these types of engines offer no true neutral. That is when the motor is turned on the boat will continue to move so idling is not an option.

There are other boat engine types available out there, especially since many manufacturers are coming up with newer models every once in a while (aside from upgrading their existing products). However, the marine engine types mentioned above the ones that are most commonly used everywhere in the globe and are what you will typically see when you go shopping for a new marine engine or a new boat. 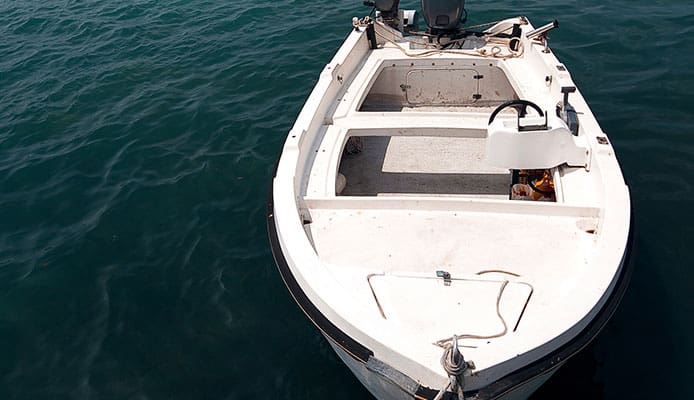 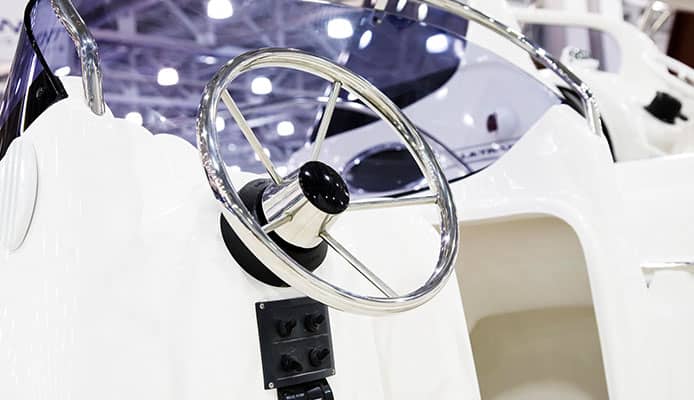 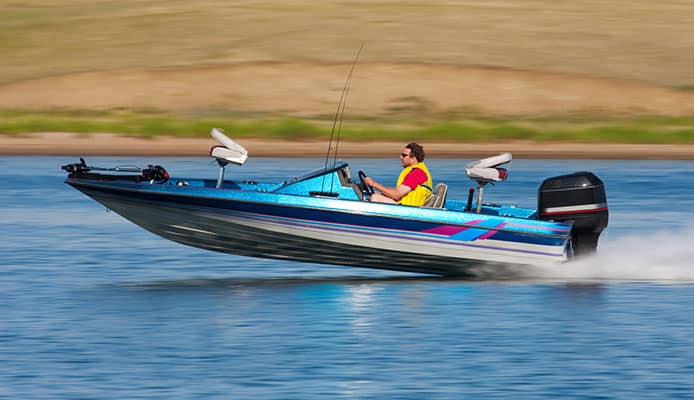