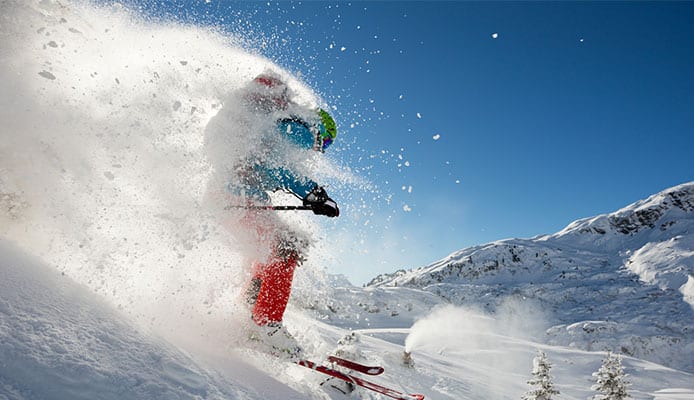 When you first learn how to ski, you will spend much of your time on the green slopes. When you feel that the green slopes are not challenging you enough, you may want to give the blue runs a try. If you are planning to ski a blue run, you should find this blue run skiing guide useful.

What Exactly Are Blue Runs?

In Europe, blue slopes are represented by a blue circle. If you explore the slopes in North America after putting on your ski jacket, you should look for a blue square.

On average, the blue runs in Europe are less steep compared to those in North America. Although different countries and resorts will have varying grades, we have the approximate averages for how steep the blue runs are:

You must understand that the grading is generally done by the resorts. In most instances, the grading will be relative to the other slopes within the resort.

Currently, an independent standard does not exist – skiers should assume a range of difficulties from one blue run to the other. Even the same blue run in varying snow conditions may affect the skiing difficulty dramatically. One day you may ski fresh powder and the other day you may have to ski moguls.

Who Should Consider Blue Run Skiing?

Blue slopes are not ideal for first- or second-day skiers. If you cannot turn or come to a stop with your all-mountain ski edges facing parallel, considering exploring the blue runs may not be a good idea.

If you would like to ski blue run, you should at least be an early to middle intermediate skier. You should know how to make wedged turns both right and left. You should be ready to ski steeper terrain.

While it is possible to survive with the pizza or snowplow on the blue slopes, this won’t be any fun. You will be extremely exhausted by the time you decide to remove your cross-country skis.

You should consider sticking with the green slopes until you start making the right and left wedged turns. By the time you decide to explore the blue slopes, you should be working towards parallel skiing.

A Guide to Blue Run Skiing

Parallel skiing is the most ideal method for blue runs. When you decide to slide down the blue runs on your skis for the first time, chances are, you won’t have mastered parallel skiing. In this case, the next best way to ski blue runs is wedged turns.

With the wedged turns, you will be putting additional weight on one ski than the other and making right and left pizza turns while working towards ensuring that your skis stay parallel.

The gradient on blue runs is generally steeper. This means that the turns will be more challenging for you. One mistake that a large number of skiers make is compensating by leaning back – this makes it impossible for the skier to commit to the turn.

You should do the opposite. Lean slightly downhill and forward and commit wholeheartedly to every turn by leaning the hips downhill.

Keep in mind that you do not have to compare yourself to the other blue run skiers. When coming from the green slopes, the other skiers will be much faster than you are used to.

Compared to the green runs, the blue runs are made more dangerous by their steepness. The bigger steepness means that they are much faster. If you already know how to control your speed safely, then, you won’t have to worry about getting injured. On top of controlling your speed, you should also focus on skiing with caution, looking ahead to avoid other skiers, and committing to all your turns.

Compared to the green slopes, the blue slopes will feature more uneven terrain. The terrain may feature moguls and icy patches. The moguls generally result from many skiers making parallel turns – this does not happen on the green pistes. 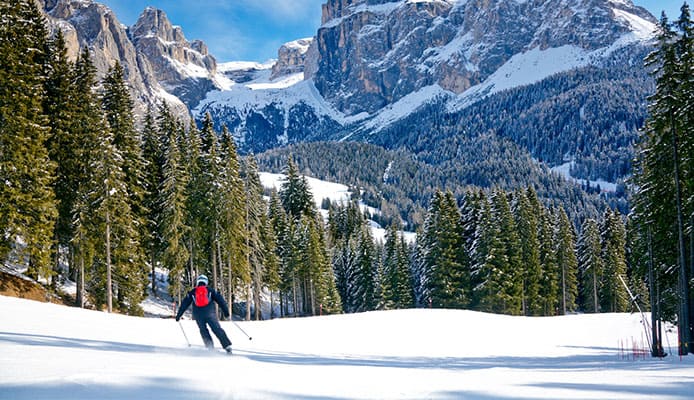 While taking a lesson is not mandatory, it is important. In the long run, it will help you save a lot of time and money.

Get an instructor or a close friend to teach you how to ride your skis on the blue runs. You should be able to avoid making a lot of mistakes that most beginning skiers make.

You need to understand that blue runs will not be the same for all the resorts you decide to visit. As mentioned earlier, the resorts will do the grading relative to the other slopes. Since the slopes will differ in varying resorts, the blue runs will also differ. Even within the same ski resort, one blue run may have a steeper or more icy section than the next section.

It is not uncommon for the conditions to be icy on the slopes. The skiers will whip up mounds of snow into moguls in these conditions.

While it is impossible to control the conditions and the weather, it is possible to locate better snow. You should focus on seeking out new blue runs until you come across one featuring a perfect amount of powder snow. Even the small resorts will have more than 1 blue run.

4. Explore the Blue Runs with a Friend

Exploring the blue-labeled slopes with friends is usually more fun. On top of helping you retrieve a lost ski pole, they could help you get back on your feet after a fall.

6. Warm Up with the Green Slopes

Even after skiing the blue runs a couple of times, you should consider starting each fresh season with the green runs. This will enable muscle memory from the last season to kick in on the safer slopes.

Compared to the green lifts, the blue lifts are programmed to move faster. For this reason, you will have less time to get on and off the ski lifts.

The steeper sections on blue runs may be more challenging for new skiers. You should consider skiing the blue runs after honing your skills to the point where parallel skiing is becoming easier for you.

Before moving on to the blue slopes, spend some time on the green slopes. Don’t get pressured into trying something you can’t do by peers. 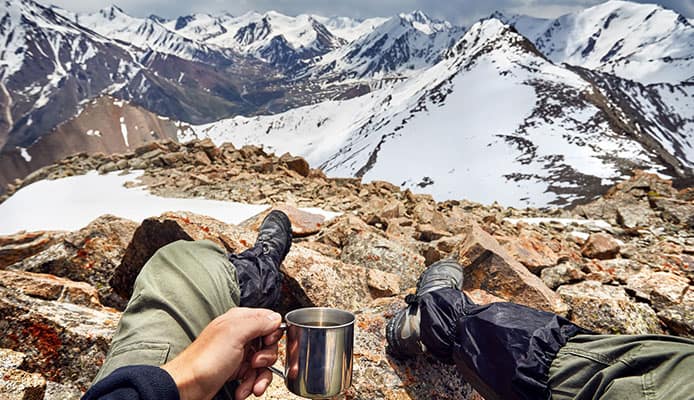 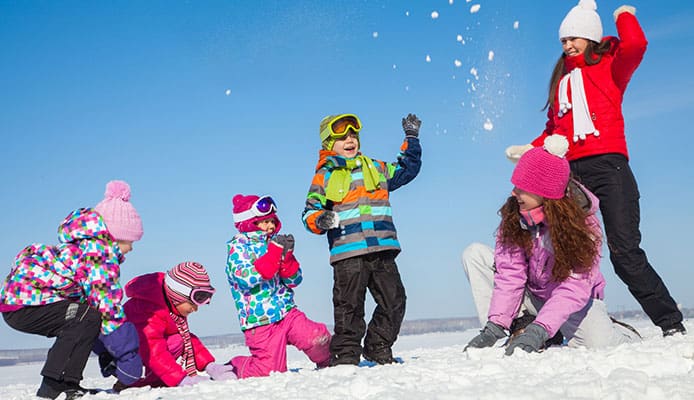 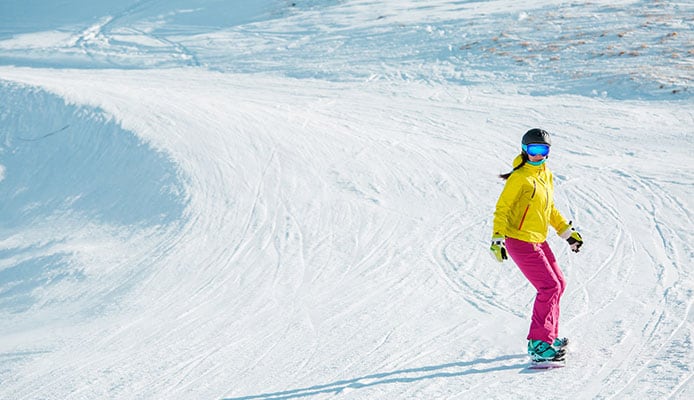