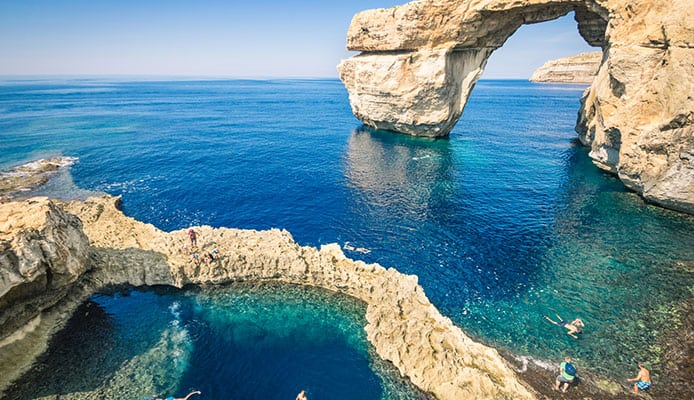 As a scuba diver, you can discover and visit some of the most beautiful places around the globe that are not available to the majority of the world’s population, like the famous shipwrecks, amazing underwater cities, or even hang out with the sharks. But there are also less known places all around the world where you could experience something new, different and have a great time exploring it.

One of the scuba diving hidden gems is Malta. Located in the central Mediterranean, between Sicily (Italy) and the North African coast, this three-island archipelago (Malta, Gozo, and Comino) is one of the smallest European countries. With magnificent history and beautiful nature, it is a place where you will not only be amazed by the environment but will also get a chance to create an amazing and really fun adventure.

There are a few reasons that will make you decide, pack your bags and head to Malta as soon as possible. And before we switch to the place-suggestion part, you’ll find out what those reasons are.

The first is the Maltese seawater. It is unbelievably clear and calm, which makes it perfect for diving and makes it a relaxing experience. But another perk is the absence of dangerous animals. Yes, some fish species could hurt you, like stingrays, barracuda, or eels, but as long as you’re paying attention to your surrounding you should be OK. And if you worry about the sharks – don’t. Malta has 12 recorded shark species in its waters, but there were only three known shark attacks in Maltese waters, two were fatal (in 1907 and 1956), and one non-fatal (2010).  As long as you don’t search for trouble, you’ll be okay.

That being said, don’t worry, there are lots of unharmful, beautiful species that will take your breath away, so be sure your camera is on a stand-by all the time. Another important thing to know is that the waters around Malta are protected and you can’t spearfish.

Also, the important thing is the time you’ll spend out of water. And while you’re taking a break from your dive or planning what to visit next from our list of suggestions you’ll be reading in a few moments, use the opportunity to learn about Malta and its history. It has a really great culture that reaches to the Roman empire, beautiful nature and places to visit, and the cuisine is simply delicious, so don’t miss the chance to try out something new and different while you’re in Europe. 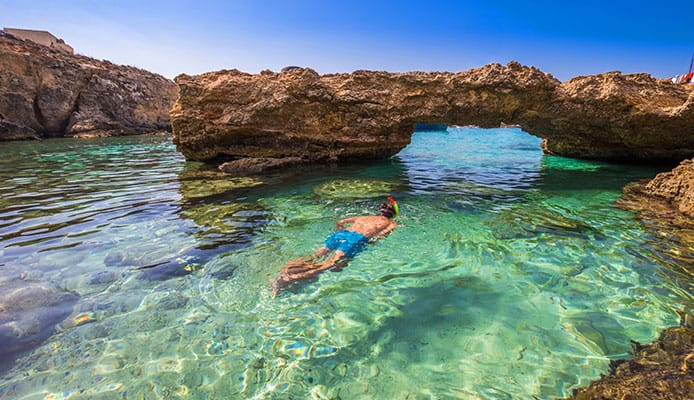 As stated above, Malta has a really interesting history, many ships sunk there during World War I and World War II, also it has quite a several submarines. Besides the wrecks, it offers tons of underwater caves and reefs, which makes scuba diving in Malta unique, if you’re willing to explore. Some of the places stand out, so these are places you shouldn’t miss when scuba diving in Malta:

Located on the south coast of Malta, this wreck used to be an oil tanker. It caught fire in 1995, and nine dockyard workers were killed. Three years later it was sunk to make an artificial reef and consists of two pieces after the storm hit it in 2005 and tore it in half. It requires extra caution because it is slowly degrading, but it can provide you hours and hours of exploring this 10.000-ton monster. It starts at 59 feet (the bridge), the main deck is at 82 feet, so you’ll need an advanced certificate and a working dive computer.

If you’re just a beginner but want to see something beautiful, or you’re an advanced scuba diver who loves to explore anything worth exploring, this is the right place for you. It doesn’t look so good when you look at it from the surface, but when you get into the water and start to descend, it will become clear why you’ve made the right choice coming to the west coast of Gozo, the second Maltese island.

Crystal clear water allows you to see some amazing species, like parrotfish, octopus, or even parrotfish. And as a special attraction, there is a coral garden and the so-called “chimney”, where you could ascend to 13 feet.

The south coast of Gozo offers you the chance to visit three wrecks – MV Xlendi (sunk in 1999) and two MV’s sunk in 2006, Karwella and Cominoland. Xlendi rolled over, so it is now upside-down, but the special attraction here is Karwella, whose stairway on the main deck inside is a treat. These three will keep you entertained for days, especially if you like to penetrate the wrecks. But their depth (100 feet average) requires a deep-specialty certificate. And a dive flashlight.

This destroyer was sunk by German aircraft in WWII. Located near Valetta, Malta’s capital, it was hit by bombs in 1942 and it’s been an attraction ever since. The fact that it is located in shallow waters makes it easily reachable and accessible, and also full of marine life like octopus or morays, and if you’re lucky enough, you could run into seahorses.

This is an especially fun place for scuba diving, it offers a nice reef to examine, a Madonna statue, and double joy – two wrecks. The first one is P-29, a patrol boat used by East Germans as a minesweeper, later bought by Maltese Marine Squadron in 1997, where it helped in battles with smugglers. After that, the north shore of Malta became a resting place for this ship, where in 2007 it was made into an artificial reef.

The other one is a tugboat named Rozi, sunk in 1992 at 118 feet. Both wrecks are in a good condition. And as a special treat, there is a statue of the Madonna. When you’re done, or just lazy and want to simply dive for relaxation, you could visit a reef. You’ll need the advanced certificate for these wrecks.

One of the most beautiful and natural places to dive in the world is located on the northwest coast of Comino, near Santa Marija Bay. It has lots of interconnected tunnels and the main attraction here is untouched sea life. Amazing and unbelievable, this place is used to fish feeding. It is easily reachable, so it is good for all divers and will create tons of memories, so fill your camera battery and get ready to make some of the most amazing shots of your life.

People in Malta are friendly and their diving community is well organized, so you can easily get all the needed information or buy if you need something, like cozy wetsuits, dive watches, large compasses… Don’t be afraid or shy to ask, especially about the less known places. Remember, Malta is full of surprises when it comes to diving culture, and you could end up finding someplace that will be even better than those we’ve mentioned.

Malta is an amazing, yet so far not so popular destination when it comes to tourism. But for scuba divers, it is one of the best places in the world. These places we’ve recommended are just “the tip of an iceberg”. If you’re willing to experience something new, to leave your comfort zone and feel how it’s like in other cultures, but also would like to have the opportunity to expand your scuba diving experience, don’t hesitate.

And even if you simply follow our suggestion list for the first time, it will be more than enough to keep you thrilled for the weeks after you come back home. If you’re still trying to decide where to go on a holiday, don’t hesitate, pack your bags and prepare your gear, Malta’s diving sites are waiting for you. 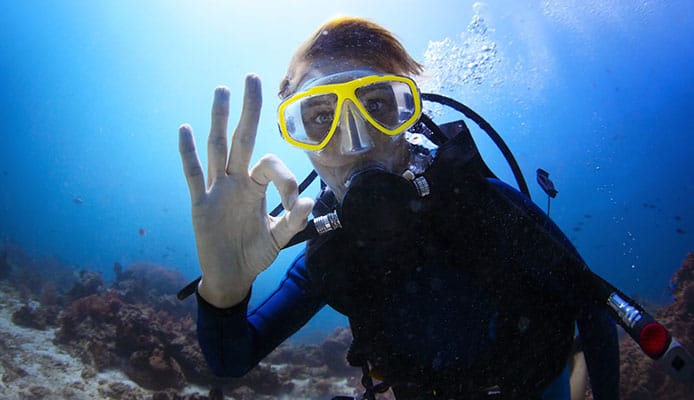