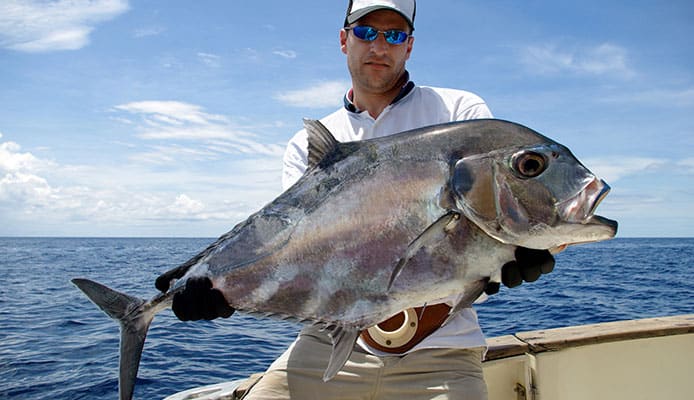 Most anglers – especially beginning fishermen – are used to fishing in freshwaters. It is generally easy and doesn’t require expensive fishing gear. However, for people who want entertaining and adventurous fishing, saltwater fishing is usually a much better option.

From the Pacific to the Atlantic, the United States is fortunate enough to have unique saltwater fishing experiences. In this article, we have compiled a list of destinations offering the best saltwater fishing in the US. The salty smell and the beautiful fish in the following fishing spots will make any avid angler happy.

Locations Offering the Best Saltwater Fishing in the US

Florida Keys’ 125-mile-long arc of islands offers delightful saltwater fishing that is singular in the entire world. Thanks to the usual catch-and-release practice, both preservation and recreation are well balanced – this means that the fishing destination never runs out of fish.

Lining the inner curve of the Florida Keys and the Florida Mainland, the Florida Bay (which is known to the locals as the backcountry) is home to 5 of the most sought-after game fish. These include snook, permit, redfish or red drum, bonefish, and tarpon.

Off the outer curve of the Florida Keys’ arc of islands and near the Gulf Stream, you will be able to explore the Atlantic Ocean with your saltwater fishing rod. This spot for deep-sea fishing east coast harbors some of the most preferred catches for recreational fishermen namely blue & white marlin, sailfish, and swordfish.

On Florida’s Forgotten Coast, Panama City Beach is one of the best destinations for people looking to reel in huge catches. While deep sea fishing is the most popular activity in this location, it is still possible to get nice catches by casting the fishing line from the shore or along the beach.

The crystal-clear in-shore salt waters provide a home to a variety of fish species, including the tarpon, flounder, sea trout, and redfish. Armed with your surf fishing rod, catching these fish species should be extremely easy for you.

If deep sea fishing east coast feels like a good idea, you can use the services offered by fishing charter operators in Panama City Beach. The charter operators offer both long-term and short-term fishing charters. Some of the fish species you should expect to catch in the deep-sea waters include blue marlin, king mackerel, dolphin, cobia, and tuna.

Separating the Gulf of Mexico and Galveston Bay, Galveston is an island that offers some of the best saltwater fishing in the US. Like most of the southern fishing spots, Galveston allows year-round action.

There is no shortage of game fish on Galveston. In the bay, anglers get to choose from speckled trout, redfish, and tarpon. People who are willing to explore the gulf should expect to catch the king mackerel, sailfish, wahoo, and the red snapper. Big sharks are pretty common on the island – these make for perfect photo opportunities and quick releases.

With Houston being less than 1 hour away, Galveston is extremely easy to access. After returning to dry land, you can enjoy some of the best seafood in Texas at one of the numerous waterfront restaurants.

Abutting both the Atlantic Ocean and the Chesapeake Bay, Virginia Beach offers numerous returns year-round. Whether you opt for the diverse waters at the Chesapeake Bay or the endless opportunities offered by offshore fishing in the Atlantic Ocean, there is a seemingly endless supply of different fish species and a wide range of ways to catch them.

For people looking to land the biggest fish, going offshore, into the Norfolk Canyon, is the best option. Anglers can match wits with the likes of wahoo, billfish, bluefish, cobia, yellowfin tuna, blue marlin and more, of the Virginia Beach coast. While the catch-and-release principle applies to the billfish, you can take the majority of the species home for a delicious seafood feast after a hard day on the waters.

Being the largest natural estuary in the United States, Chesapeake Bay is home to more than 348 species of finfish, including the red drum, rockfish, and the flounder – all these fish species can be caught in the summer months. With the bay producing close to 500 million pounds of seafood per year, it is no wonder that saltwater anglers cannot get enough.

Located at Long Island’s northern tip, Montauk is a perfect destination for recreational and commercial anglers. Due to its proximity to the city of New York, the fishing spot happens to be a gravitational pull for the traveling anglers. Every year, massive schools of fish pass by Montauk as they migrate from Long Island to Maine.

Most anglers who explore Montauk spend their time trying to catch bass. Big striped bass pounding through the numerous bait balls near the shore makes the water look like it is boiling. From May to October, it is not uncommon for anglers to reel in the bass with an average weight of 30 to 40 pounds.  Other fish species that are common on Montauk include cod, haddock, hake, whiting, bluefish, and the fluke.

Cape Cod has been offering the best deep sea fishing east coast for years – the fishing destination has had a prominent reputation long before the Wicked Tuna aired on TV and caught national attention. From the Buzzard Bay located past Martha’s vineyard, around Nantucket, and back up to the Provincetown, a migratory striper usually fills the waters along with giant bluefish, bluefin, tuna, cod, wahoo, swordfish, and more.

The natural shape of the cape’s land creates perfect sheltered conditions ideal for all fish species. If you do not like to go out into the sea, you can use your saltwater lures close to the land – tossing jigs, poppers, live eels, and live herrings around the shorelines should allow you to land average-sized stripers. However, if you would like to increase your chances of landing the big fish, you may need to move to the nearby deep-sea waters.

The striper action usually heats up between May and June, with the open ocean lurkers becoming extremely active between June and September. During these fishing periods, the relaxing ambiance of the mellow beach-houses and dunes create an atmosphere worthy of a family vacation – this means that convincing your family to visit this location shouldn’t be difficult.

While it is easy to find productive saltwater fishing areas up and down the California coast, the area around San Diego features a huge variety of fish species – and some of the largest – and has a thriving year-round fishing scene. It is possible to find a large number of experienced captains in the San Diego region.

San Diego offers perfect opportunities for both inshore and offshore fishing enthusiasts. Anglers can land spotted bay bass in the San Diego Bay all day long – this makes inshore fishing fun. If you would like to enjoy an adventure after donning your fishing shirt and a fishing hat, you can head out on a multi-day offshore fishing trip for giant tuna.

While San Diego offers some of the best saltwater fishing in the US (it has the most productive tuna waters in the world), nothing comes easy. You will have to be prepared to work for the tuna.

Outer Banks in North Carolina is one of the most popular deep sea fishing east coast areas – this is for a good reason. Outer Bank’s unique chain of islands is located adjacent to both the offshore waters of the famed Gulf Stream and the Labrador Current – this provides anglers with easy access to a wide variety of popular game fish. The picturesque islands are also closer to the rich southerly current than any other area on the North American coast.

On the Outer Banks, summer is definitely a higher season. However, great fishing is generally available on a year-round basis, as long as the weather allows. Offshore charter boats make family fishing excursions pretty easy – the charter boats take an average of 4 to 6 people out to the Gulf Stream waters.

Located near Louisiana’s southeastern tip, just where River Mississippi flows into the Gulf of Mexico, Venice acts as the jump-off point for some insanely perfect offshore and inshore fishing. Whether your goal is to land a huge trophy fish offshore or your goal is to simply bring home a big stock of freshly caught fish, Venice is the place to visit after grabbing your portable fish finder and fishing hook.

If you decide to go deep water fishing, some of the fish you may land include deepwater grouper, barrel fish, oilfish, and tilefish. The shallow water fish available in Venice include cobia, king mackerel, red snapper, mangrove snapper, warsaw grouper, and amberjack. The pelagic fishes include yellowfin tuna, blackfin tuna, wahoo, blue & white marlin, sailfish, swordfish, and the mahi-mahi.

While inshore fishing is generally spectacular year-round, the best months for fishing in Louisiana usually vary depending on the species you would like to catch. For the speckled trout, you should visit between April and November, and for flounder, go fishing between March and November. Sheepshead, drum, and redfish can be caught year-round.

If you are interested in landing some big whoppers while saltwater fishing, you should consider visiting Miami. Lines of boats that resemble floating houses and decked-out sportfishing yachts function as proof of the perfect fishing experience waiting for you in this destination.

Offshore fishing usually yields reel-screeching fish. In the bays, the flats and mangroves attract permit, tarpon, bonefish, snapper, and snook, offering some of the most engaging angling experience on the Atlantic Coast.

Access to productive fishing destinations is easy. Miami has experienced deep-sea charter captains who are always ready to put you on fish. The white sandy beaches, flashy backdrop of the city, tropical weather, and year-round action make Miami a perfect destination for fishing vacations. 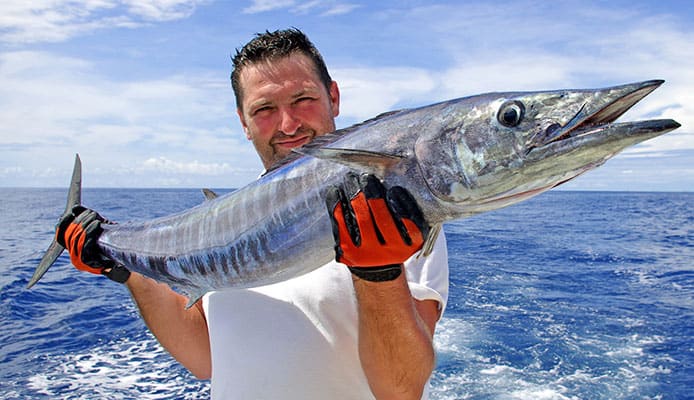 Q: Which Ocean is Best for Fishing?

The Pacific Ocean’s greatest asset is its fish – this makes it the best ocean for fishing. Extending from Antarctica in the south to the Arctic in the north, the Pacific Ocean covers approximately 169.2 million square kilometers. Some of the fish you are likely to land in the Pacific Ocean include shellfish, tuna, swordfish, snapper, sardines, salmon, and much more.

Q: Where Is the Best Fishing on the East Coast?

On the east coast, the following destinations will allow you to have the best fishing experience:

Q: Where is the Best Fishing in the US?

For any avid angler trying to have a great time on the waters, the following United States fishing destinations should be perfect:

Thinking about exploring bucket-list fishing destinations is pretty common among anglers. To be able to plan a perfect trip to locations offering the best saltwater fishing in the US, you need to have a list of top-rated fishing spots. 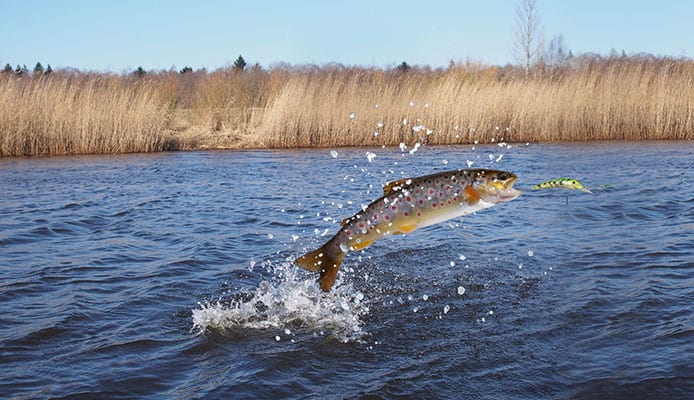 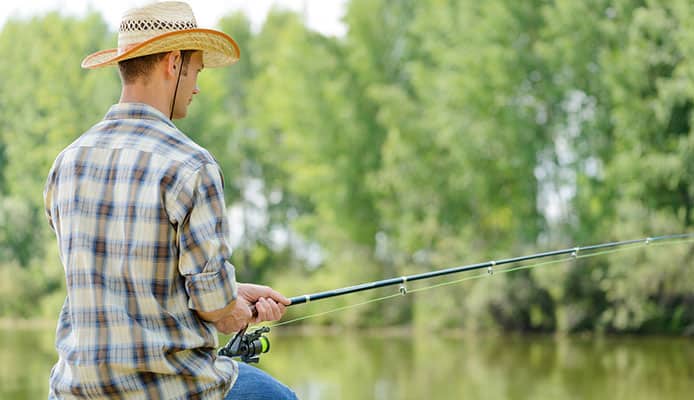 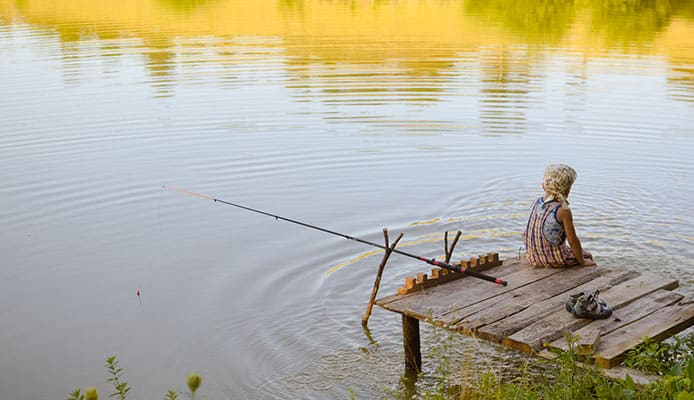