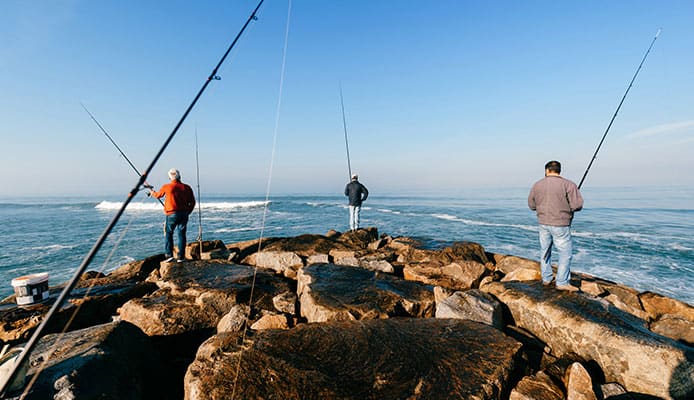 Fishing is a good recreational hobby, which becomes more fulfilling after having a tough catch. Nothing can be more thrilling watching your fishing rods and reels put up a good fight with an aggressive fish. Once you get the fish out of its hook, you are sure to have a wide smile!

Thinking of what to catch the next time you go on a fishing trip? Keep on reading and let’s talk about the best fighting fish that you should eye!

Take your fishing game to the next level! Below are the top species that will put up a good fight before you can finally have them in your fishing coolers!

The list of the hardest fighting fish is incomplete without mentioning marlin. White, black, or striped marlin are aggressive species. The toughest among all the marlins, however, is the blue marlin.

If you intend to catch a blue marlin, stock your tackle boxes with 50 to 130-pound tackles to match the energy of this fish. It is also best to troll large baits to increase the chances of taking home a catch.

Aside from their aerial acrobatics and speed, the size of blue marlins also makes them tough to catch. They can grow up to five meters and their speed can reach 120kph.

If you want to catch a huge blue marlin, some of the best fishing destinations include Northeastern Australia, Hawaii, Canary Islands, and Panama, among others.

Yellowfin tuna is one of the most sought-after game fish amongst experienced anglers. It is beautiful and tasty but catching this fish will require a lot of effort. If you are a beginner, it can end up being frustrating.

For the best outcomes, the best tuna rods will help. Because of the size and weight of yellowfin tuna, you need one that can withstand the stamina of this fish. The best reels for tuna fishing are also essential to easily get the fish out of the water as it struggles.

No idea about where to go for a fruitful day of tuna fishing? For the best outcomes, some of the best places worth checking out are Nova Scotia in Canada, Puerto Vallarta in Mexico, the Canary Islands in Spain, and San Diego in California.

Also called silverfish, the aerial acrobatics of tarpon make it another top candidate for the best fighting fish. It also has a bony mouth, which makes it more challenging to hook. Once caught, make sure that you know how to unhook a fish properly, or else, you will end up hurting yourself.

Whether it is in the freshwater or open ocean, there are plenty of places where you can find tarpons. Because it is large and powerful, spinning and baitcasting tackles are some of the best choices. On average, they can be anywhere from 80 to 100 pounds.

Using live bait, such as shrimp, is also recommended. A large and shiny fish will also make it easy to attract tarpons in your fishing hooks.

Catching a king salmon is not for the weak! It will be hard to hold on to the fish once you get it hooked. It is huge and muscular, so you also need to exert a lot of effort to pull the fish and make sure it does not escape your hook.

One of the best king salmon fishing tips is to choose the right technique. Downrigging and planer boarding are two of the most promising. Bright lures and live baits are also must-haves.

Clueless about where to go to catch monstrous king salmons? Make sure to check out this list of the best fishing spots in Alaska!

With its ability to cover up to 100 yards in a blink of an eye, there’s no wonder bonefish is one of the hardest fighting fish. Even expert anglers end up in frustration as they try to take home bonefish!

If you want to catch bonefish, it is best to look for them in shallow waters. It is not uncommon to see their tails sticking out of the water as they search for prey. This is where they hide from their predators, including sharks and barracudas. Fly presentation is important when catching bonefish. Worms, crustaceans, and mollusks are some of the best baits.

With its high dorsal fin, the appearance itself can already give you an idea of why this is also commonly recognized in the list of the best fighting fish.

Know where to find sailfish for a successful fishing trip. They like waters that are at least 75 degrees Fahrenheit. Some of the best baits include large sardines, pilchards, and minnows. Plastic lures will also increase your chances of having a trophy catch. A right-sized hook is also important, considering the weight and size of sailfish. Use the best spinning rods that can withstand the size of sailfish.

Another addition to the list of the hardest fish to catch, sturgeons are native to North America. They are very mobile, so you can find them in a variety of places depending on where their food is. Portable fish finders are must-haves so that you will know where to stay if you want to have a trophy catch.

Because of their size, large fishing nets are also necessary if you want to catch sturgeons. You will also need a 30-pound fishing line, which isn’t too light or too heavy. A fresh sturgeon bait is also necessary. A live fish is one of the best baits to use, but make sure that it has guts and blood. These will make the bait more attractive to sturgeons.

Also called mahi-mahi, the dorado is one of the best fighting fish in the world. Game fishing enthusiasts consider mahi-mahi as an elusive catch. It jumps even when it is hooked and fights hard, making it challenging to reel.

This fish can grow up to two meters, so you need to exert a lot of effort to pull it once caught. It will be arm-wrenching, but do not give up! For their weight, they can be anywhere from five to ten pounds. We recommend that you use trolling lures to catch their attention. A stronger line and rod will also be necessary.

Big-game anglers consider a swordfish as one of the best fighting fish you can ever catch! The physical appearance will already give you an idea of why many people find this fish intimidating.

The proper presentation of your bait is one of the secrets to successfully catching a swordfish. A big bait is needed, which should be proportional to the size of the swordfish. Because they are often in deeper parts of the water, you will also need a long line. If you are night fishing, live baits are important, which include goggle eyes, blue runners, and tinker mackerel.

Wahoo lives in tropical and sub-tropical oceans. It has an average length of 1.2 meters and an average weight of 8 to 18 kilograms. It is also an aggressive runner with a top speed of up to 76 kph. Because of this, it is another favorite of anglers who would like to catch the best fighting fish.

To find wahoo, go to the reefs and wrecks with an abundant population of small fish. Trolling is the most popular method to catch a wahoo. Your speed should be 12 to 22 knots on average. Read this wahoo trolling guide to learn more!

Because wahoo is one of the fastest fish in the world, you need to keep up with its speed. You need a strong line and reel to increase the chances of having a catch.

Got questions about fighting fish? We’ll answer some of them below.

Smallmouth bass, tarpon, king salmon, tuna, and northern pike are some of the top species of fish that give the best fight. They are challenging to catch, especially if you are new to fishing.

Q: What is the hardest fighting fish in the world?

Blue marlin is considered the holy grail to most anglers, making it one of the hardest fighting fish in the world. Aside from being difficult to hook, reeling in a blue marlin is also challenging because of its size and fight.

Q: Which fish is the strongest?

Yellowfin tuna is one of the strongest fish in the ocean. When a yellowfin is hooked, it dives deep into the water, which makes it more difficult to reel. They have high stamina and will keep on fighting until you overpower them.

Q: What is the easiest fish to catch?

Panfish, trout, catfish, perch, and burbot are some of the easiest fish to catch. Even with lightweight fishing lines, you won’t end up struggling. They are also great for beginners as they won’t put up a tough fight.

Make your fishing adventures more thrilling! Prepare your toughest fishing rods and fill your fishing backpacks with the must-haves. The best fighting fish mentioned above will give you an unforgettable experience and bragging rights! 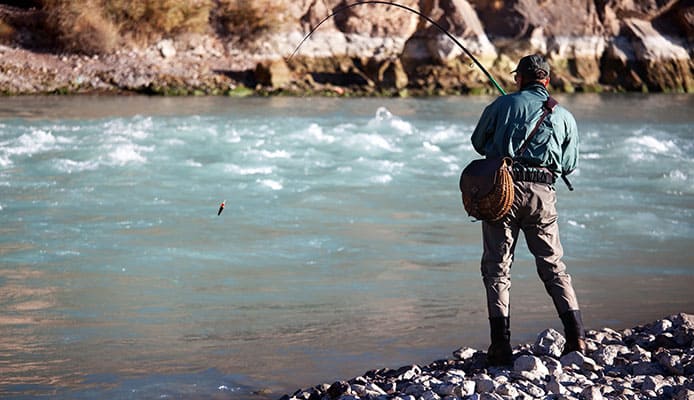 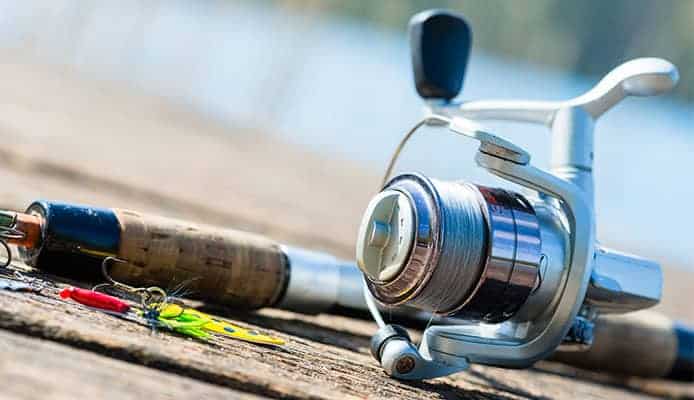