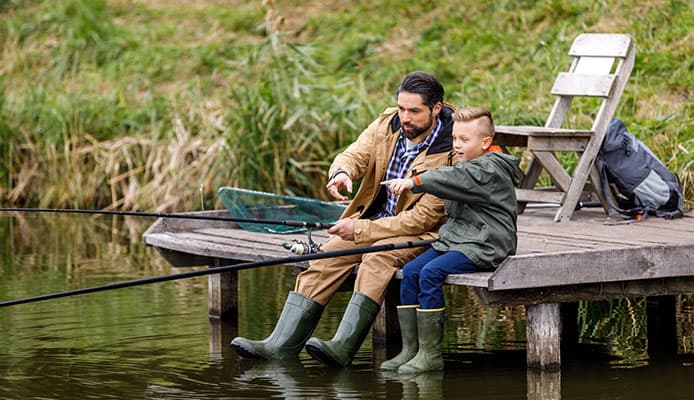 When the cold season ends and water temperatures start to rise again, some fish species feel the need to look for a mate. One particular species that is known to breed at this time is the bass, and while there could be some difficulties, these can still be lucky days for bass anglers.

One challenge that bass fishermen face during this period is getting the fish to take the bait. Spawning bass rarely eats and even though they will have moved to shallow waters where they are easier to find, you could still return home with an empty fishing cooler.  So in this post, we are going to look at facts and thoughts about spawn bass fishing to help you understand how spawning works and how to lure, hook and reel in your catch at this time.

How The Spawning Process Works

Time to spawn means business for bass and they won’t waste much time. As a matter of fact, the whole process from setting up a nest, looking for a mate, brooding, and guarding the newly hatched fish can take as little as 3 weeks.

Bass starts to spawn when the water temperature gets to about 60-65 degrees. This is when the male looks for an appropriate nesting area and prepares it for mating. It then circles the nest and waits patiently for a mate.

Once a female joins the male in the bed, the mating process kicks off right away. The “couple” swims around the nest next to each other with their vents closed.

Simultaneously, both fish release their respective sperm or eggs into the spawning area. The female bass is free to leave the nest because its role in the spawning process is technically over.

The male bass will remain behind to guard the offsprings. He will keep watch over the eggs and protect them from danger until they hatch. This will only take a few days after which the young ones will stay in the spawn area learning what to eat. Once they are grown and able to hunt food on their own, they will disperse leaving the male bass to spawn again or swim to warmer waters.

Bass fishing during spawn can be tricky and to make a catch, you will need to take a logical approach. It will be difficult to get the fasting males to bite and sometimes even investing in the best bass lures won’t cut it.

Remember, a male bass has a responsibility to take care of the eggs. He has already spent plenty of time building and prepping the spawning area and has a duty to keep that nest clean and out of harm for the next couple of weeks. If a spawning bass responds to bait at this time, it is more likely to be out of defense.

The method used for catching bass fish during the spawn is called sight fishing. Since the bass will have moved to shallow waters, it will be easy for you to locate them. All you got to do is walk carefully near the water edge and look for their nests.

However, just as it is easy for you to see them, it’s easy for them to see you too, so it will be best to locate the spawning areas and then watch their shadows so you don’t scare away the fish.

Once you have located a nest, get your bass fishing rod, reel, lures, and any other gear you need ready. Be patient. Bass are smart and often spot bait and lures quickly. Your best bet will be to place different lures in different areas near the nest to draw their attention. On a trip like this, you may want to consider brightly colored lures with a contrasting bottom.

One mistake that anglers make when fishing a spawning bass is casting their rods and watching the bait. This is the wrong way of doing things. You should watch the fish learn its behavior.

If you have your fishing chair, sit back, relax, and observe when the fish leaves and comes back to the nest. If it spends more than a minute outside the bed, that means you will work extra hard to hook it that you actually should. If bass move in tight circles when you dip the lures into the bed, these are catchable. Always take your time to watch and learn so you don’t take more time to catch your fish than it is worth. 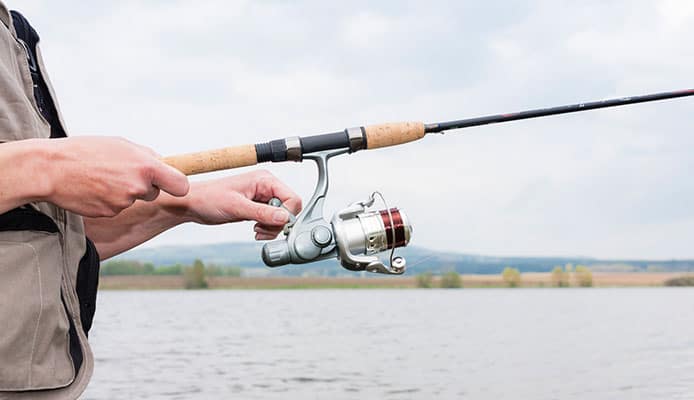 Spawn bass fishing is not allowed in some states or is only allowed on catch and release bases. This is to keep the females safe and ensure that reproduction takes place successfully. Thus, anglers must know how to hold and handle a bass to stay on the right side of the law and make sure that the fish survives after release. But a majority of states will allow all-year-round fishing without restricting catching a bedding bass.

Biologists argue that catching spawning bass doesn’t bring any harm to them. After all, out of the many eggs laid by the female bass in her lifetime, only two young ones need to survive successfully to replace her and her mate.  A female bass will produce thousands of eggs every year and will spawn for many years. So technically, a lot of female basses can die and the water bodies will still have enough population of bass.

Another theory states that anglers should leave big females alone to spawn so that their genes can remain in that specific spawning area. So here is the thing. A big female bass has already been bred for many years so it goes without saying that her genes are widespread. However, some people argue that once you have removed the female from her bed, even after releasing her back into the water, she will not spawn again that year.

But is it really ethical to target a bass that is brooding even if your state regulations allow it? It’s true when most anglers put their smallmouth and largemouth bass lures in their tackle boxes and head out on a fishing trip all they want is to reel in a monster catch, whether spawning or not.

During spawning, bass move to shallow waters, so this is definitely a great time to try your luck. But you will be forcing the male bass to abandon his duties, leaving the spawn to die. And since this is a fish that is already weak from fasting, it may not survive even if it manages to escape the bait. So anglers should think about the effect they have on the bass population during the spawning period.

Bass fishing during spawn can be a little challenging but if done right, it can be quite rewarding. The secret is to watch and learn the fish behavior to know when to cast and whether or not the fish is worth the hassle. But before you park your fishing backpack and other gear, find out the fishing regulations of your state to avoid getting into trouble with the law. 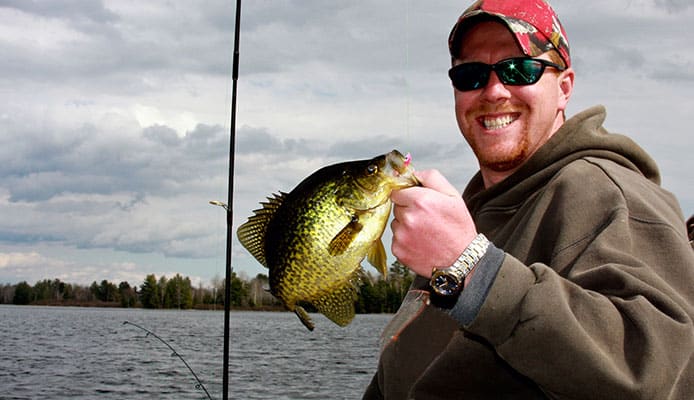 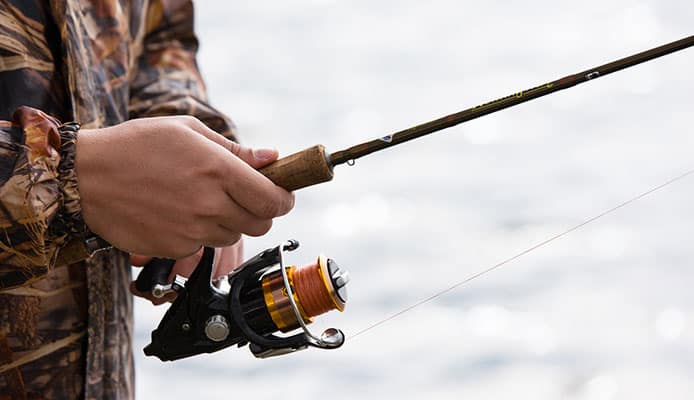